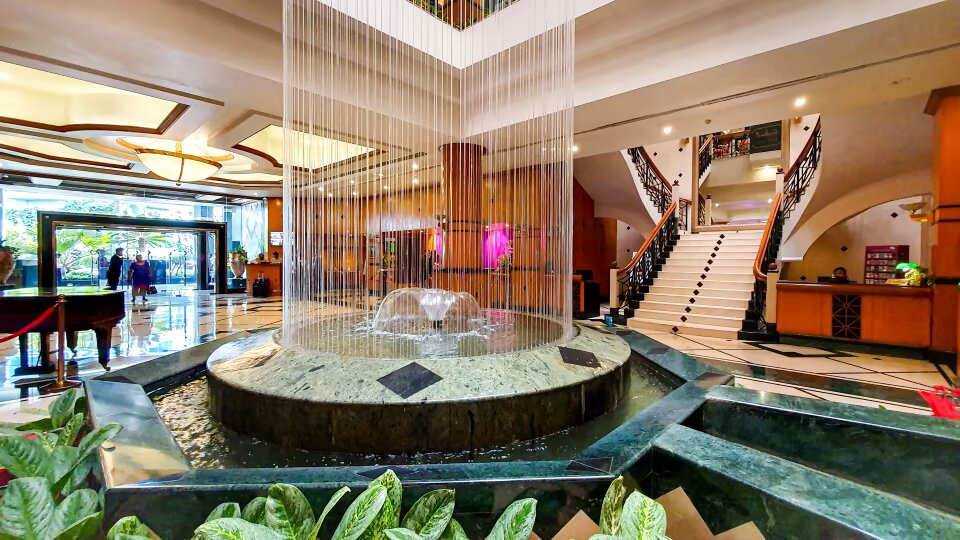 The first five-star hotel in Asia to be awarded Ecotel

At Mumbai airport, the Orchid Ecotel is one such example. Dr Vithal Kamat, in his autobiography, Idli, Orchid & Will Power, describes his passion to build the first five-star airport at Mumbai, arguing with his father, he remembers himself saying:

Today, people the world over are talking about preserving the environment. We will not talk about it; we will implement it! We will build and run a hotel entirely on resources provided by Nature. We will preserve Nature’s resources. It will be the ideal hotel.

The Orchid was the first five-star hotel in Asia to be awarded Ecotel certification when it opened in 1997. I visited a couple of years later when transiting Mumbai. I well remember being stunned by the 70-foot fountain in the atrium, which naturally cooled the core of the hotel and created a unique natural environment in the heart of an airport hotel. The hotel pool on the roof is five feet deep and acts as a heat barrier.

Guest Room amenities include herbal toiletries and stationery made from environmentally friendly material. They use potted plants instead of cut flowers and use paper that has at least 75% recycled content. Waste is sorted and they deploy the 3R strategy, reduce, reuse and recycle,  Food waste is converted by red ants into organic vermiculture compost, reused in the hotel or sold.

If you are in Mumbai to stay or in transit be sure to visit- if only for a meal or a coffee. This hotel demonstrates what one man’s passion and commitment can achieve.