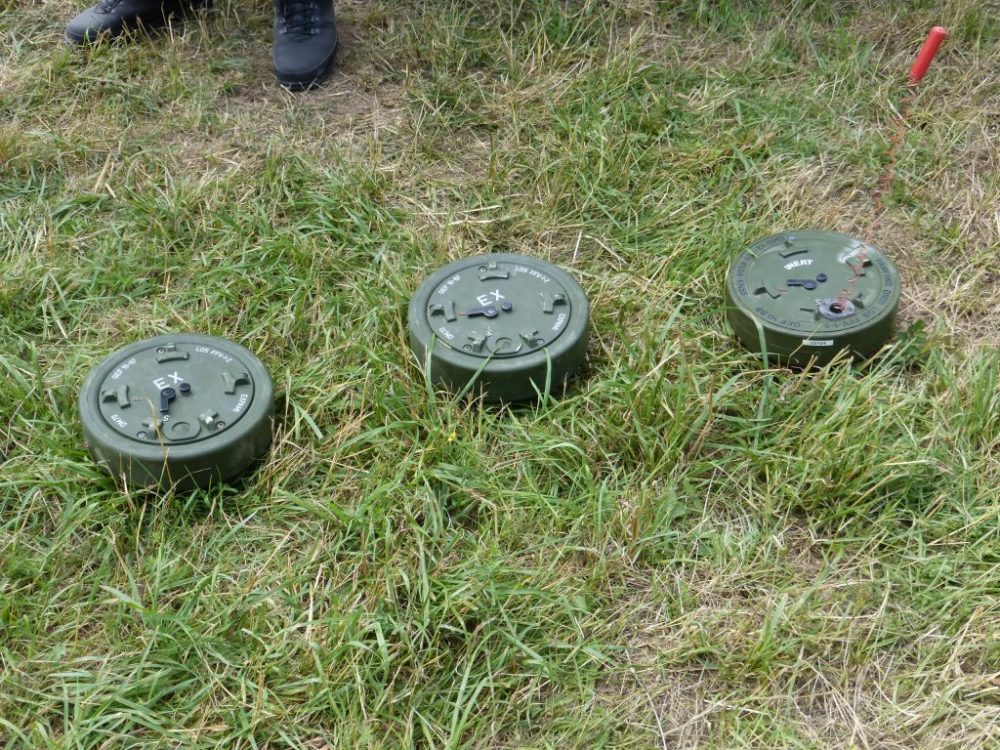 Landmines are one of the most catastrophic weapons used in war simply because they still cause disastrous incidents decades after conflicts are resolved. They take hundreds of lives and leave even more people permanently disabled. Mine suspected land also has a strong influence on the development of war affected areas, which cannot be easily reconstructed and rehabilitated. Additionally, leftover mines still pause a significant obstacle to the effective implementation of fire protection, mitigating natural disasters and management of a state board of control.

The European Union is committed to achieve a mine free world by 2025 and is the second biggest donor in mine action worldwide, with a contribution of over €365 million over the five-year period. The EU has been providing mine action assistance such as mine clearance, mine risk education, stockpile destruction and assistance to victims in over 15 countries due to which thousands of lives have been saved.

The EU dedicated to the demining actions worldwide and not only supports its Member States, like Croatia, aspiring members, like Bosnia and Herzegovina, but also countries in the EU neighbourhood, like Azerbaijan, one of the most mine affected countries in the world.

We have today the money, organizing skills and technology to reduce the remnants of war.

Anna Fotyga, MEP, Chair of the Subcommittee on Security and Defence

A meeting in the European Parliament yesterday, organised by the Sustainable Value Hub, addressed the challenges faced by the EU members and partners in their demining efforts, the scale of the current threat and the safe and sustainable methods of mine detection and extraction.

Since 1998, Croatia has benefited from investment of €183.4 million from different European financial assistance programs. Even today Croatia remains one of the largest beneficiaries of mine action related assistance from the EU. With this help, Croatia has managed to clear over 800 square kilometres of minefields in the past 25 years. “It will take years to locate all the remaining mines, but only their quick and safe removal will create conditions for people to return to their previous daily lives”, said Željana Zovko, MEP and Vice-Chair of the Committee of Foreign Affairs.

With its experience Croatia can offer its partners special and unique national expertise for establishing national mine centres and mine information systems, offering basic training courses, protective equipment and high-tech demining technologies.

Željana Zovko, MEP and Vice-Chair of the Committee of Foreign Affairs.

Bosnia and Herzegovina is also conducting intensive demining operations, with the government being the foundation of the demining progress and providing expertise to other organizations in the country involved in the actions. The operations are very well structured, each of the detected counties with minefields benefitting from the assistance of two teams, governmental and explosive ordinance disposal (EOD).

The EU has pledged to allocate €10 mil from the European Peace Facility to upgrade the capabilities of the armed forces of Bosnia and Herzegovina so it can continue its operations. In response, the country has promised to fulfil its obligations from the Ottawa convention by 2027 and from the Oslo convention by the end of this year.

Landmines today are one of the major causes of civilian victimisation in conflict affected countries and represent a significant impediment to the peace processes starting after the end of the conflict as well as for the peaceful reconstruction of the affected areas.

Ambassador Vaqif Sadıqov, Embassy of the Republic of Azerbaijan to the Kingdom of Belgium

As a member of the EU neighbourhood, Azerbaijan also benefits from investment from the union, the EU having become the biggest donor and partner for demining operations in the country, where the full spectre of the problem is yet unknown. The initial line of contact consisted of 1,605 square kilometres, however, contaminated fields have been found far beyond these areas, about 65% of mine incidents occurring outside the former line of contact.

Azerbaijan’s National Agency for Mine Action (ANAMA) was established 20 years ago and only in the past year they have cleared 12,806 ha of land, removing and destroying 34,481 mines. Besides the clearance operations, they have also set up risk education and community awareness campaigns, to help people who live in or near risk zones to better understand and avoid the threat of the mines.

Partnership is key to any sustained and sustainable demining action. (…) What I’ve seen in nearly 20 years of mine action is increasing use new technologies, new methodologies, new approaches, that is really making a difference.

“Despite being one of the most mine affected countries, Azerbaijan is far behind in terms of international assistance”, highlighted Samir Poladov, Deputy Chairman of ANAMA. With more help from international actors, Azerbaijan could follow the example of Croatia and Bosnia and Herzegovina to improve and accelerate their demining operations.