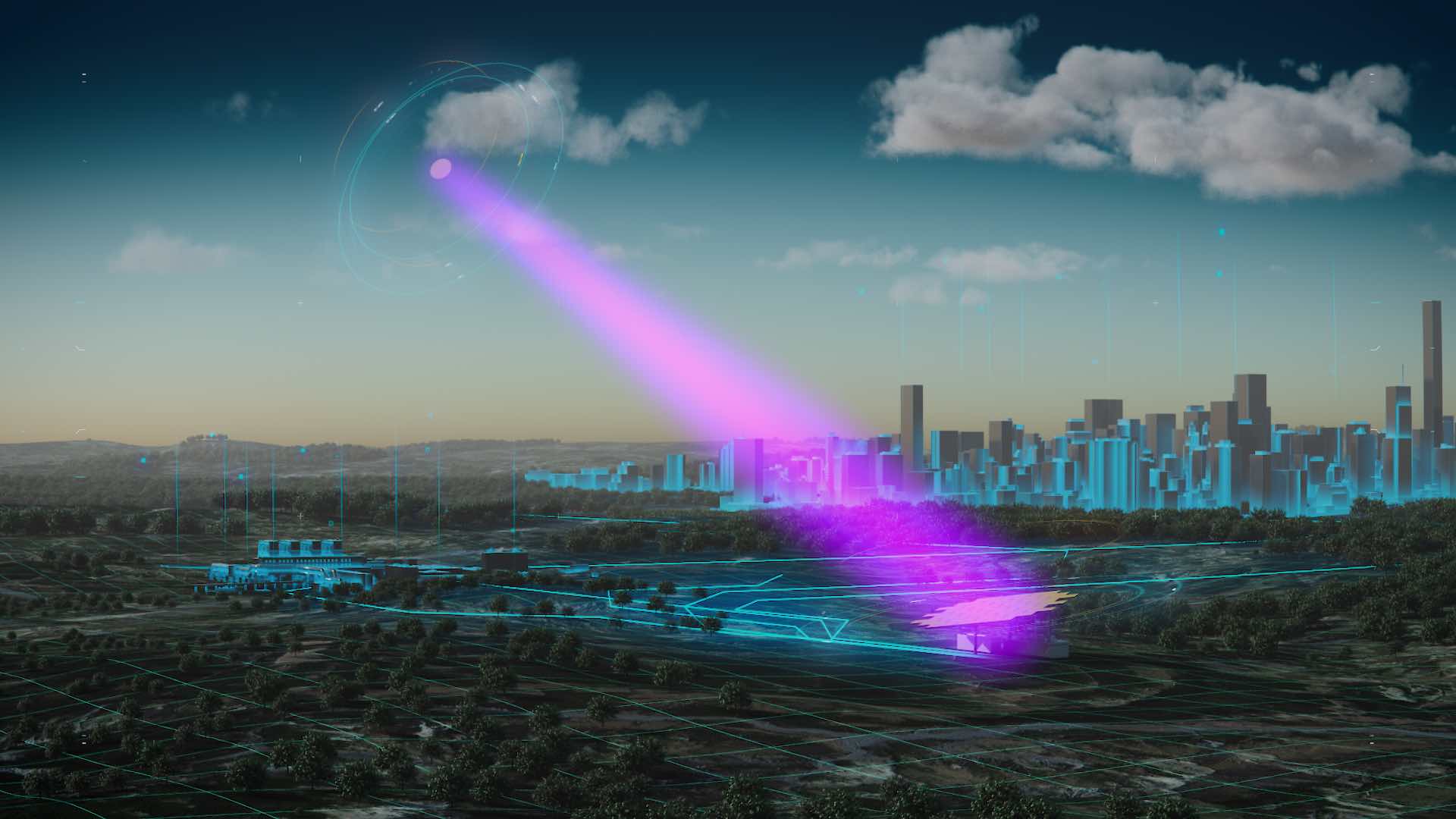 The European aerospace giant Airbus has demonstrated that space-based solar power could be beamed from space.

To date, the wireless transmission system can bridge a distance of only about 30 meters. Despite this short distance, Airbus engineers believe that they will be able to increase its range and reach space within the next ten years.

The experiment was carried out last September at Airbus’ X-Works Innovation Factory in Germany. The demonstration consisted of electrical power transmitted from a photovoltaic panel in the form of microwaves to a receiver situated about 36 meters away. The beamed energy was then used to light up a model city and power a hydrogen generator and a fridge containing drinks that the spectators later enjoyed.

Now that we have successfully tested the key bricks of a future space-based solar power system on a small scale for the first time, we are now ready to take power beaming to the next level

Firstly, Airbus will work on beaming solar power from an aerial platform, and then eventually move to space. The company thinks that solar power harvested in space and beamed to aircrafts could be a game changer for the future aviation industry. Moreover, flying aircraft could also be used as mobile nodes that can transmit power  on Earth.

This could in fact be a game changer for aircraft, with the potential to extend the range, reduce the weight, but also to relay power to other places, managing energy like data.

Space-based solar power can also help countries achieve the zero carbon target by reducing the use of fossil fuels.

According to Coste, new power beaming technologies could help create energy networks in the sky, and enable countries to distribute the energy where they need it without the need for any further ground-based infrastructure.

Power beaming technologies would enable the creation of new energy networks in the sky and could help solve the energy problem.

Generating solar power in space is much more efficient than on Earth. Indeed, solar radiation is 50% more intense in space since no air obstructs the way of the rays. However, this new technological concept has some drawbacks. For example, satellites that would collect the sunlight would have to measure about 2 kilometers in order to reach the same power level as a nuclear plant one. But nothing of this dimension has ever reached space. “If satellites were to collect the sunlight, they would need to measure about 2 kilometers  across to achieve the same power level as a nuclear power plant.” explains Yoann Thueux, Airbus research project leader.

Finally, Airbus said that the system would not be more expensive than today’s ground-based power generation infrastructure, including nuclear power plants, solar and wind farms.