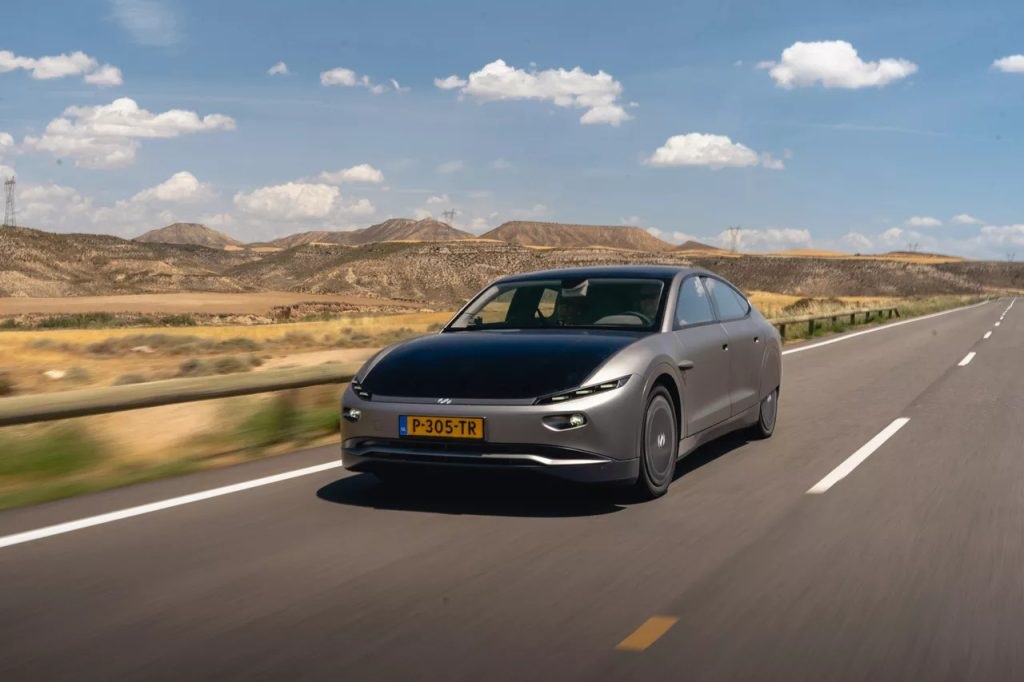 Lightyear, the high-tech company developing the world’s first solar car, announced last week Lightyear 0 will be the world’s most aerodynamic production car, with a record-breaking drag coefficient of 0.175 (Cd). The lower the drag coefficient, the better the car will efficiently use its energy, giving drivers more range and less reliance on electrical charging.

This figure, which is 12.5% better than the most aerodynamic car currently on sale, was confirmed following a series of comprehensive tests conducted in one of the FKFS wind tunnels in Stuttgart, Germany, under Worldwide Harmonized Light Vehicle Test Procedure (WLTP) conditions.

The announcement comes two months before Lightyear 0 goes into production and becomes the first solar vehicle on the roads. It was first unveiled on 9 June, after 6 years of development and technological innovation. Its optimised solar roof and holistic design mean that the car can drive for weeks, even months, without charging.

In the pursuit of truly clean mobility, Lightyear puts energy efficiency at the forefront of its design philosophy.

Lightyear 0’s energy consumption, and therefore its efficiency, depends on three key elements: aerodynamics, rolling resistance and motors. Aerodynamics is a major energy consumer, with air resistance increasing significantly at higher driving speeds. At highway speeds, aerodynamics account for around 60% of overall energy consumption. Battery range is one of the main points of concern for potential and current electric car drivers and therefore many EV manufacturers are continually optimizing their designs to improve the range.

Lightyear 0 tackles the challenge with a design that minimizes air resistance and therefore achieves a very low drag coefficient, all while keeping lift force and its balance to ensure a smooth ride for drivers. A low drag coefficient means a more economical car that consumes less energy and, as a result, can drive further on one charge.

We are extremely proud of this incredible achievement. We had to start from a blank sheet of paper when we started developing our technology and, with a lot of dedication and hard work, we continue to push the boundaries with every milestone like this.

“Tests such as these are for more than setting records, they are crucial in providing Lightyear’s customers the optimal solar car”, the company said. In the coming months, their engineering team will continue to work through a rigorous testing schedule to deliver the world’s first – and most aerodynamic – solar car this fall.

The company said they will continue to conduct testing and all the knowledge will also be applied to their next model, Lightyear 2, which is intended for mass production by the end of 2025. Lightyear, which was founded in 2016 by alumni of Solar Team Eindhoven, also confirmed earlier this month receiving an investment of €81 million. The sum is divided between Invest-NL and regional development agencies for the provinces of North Brabant, where the company is located, and Limburg (BOM and LIOF). Additional investments come from new private funds and follow-up investments from SHV and DELA.