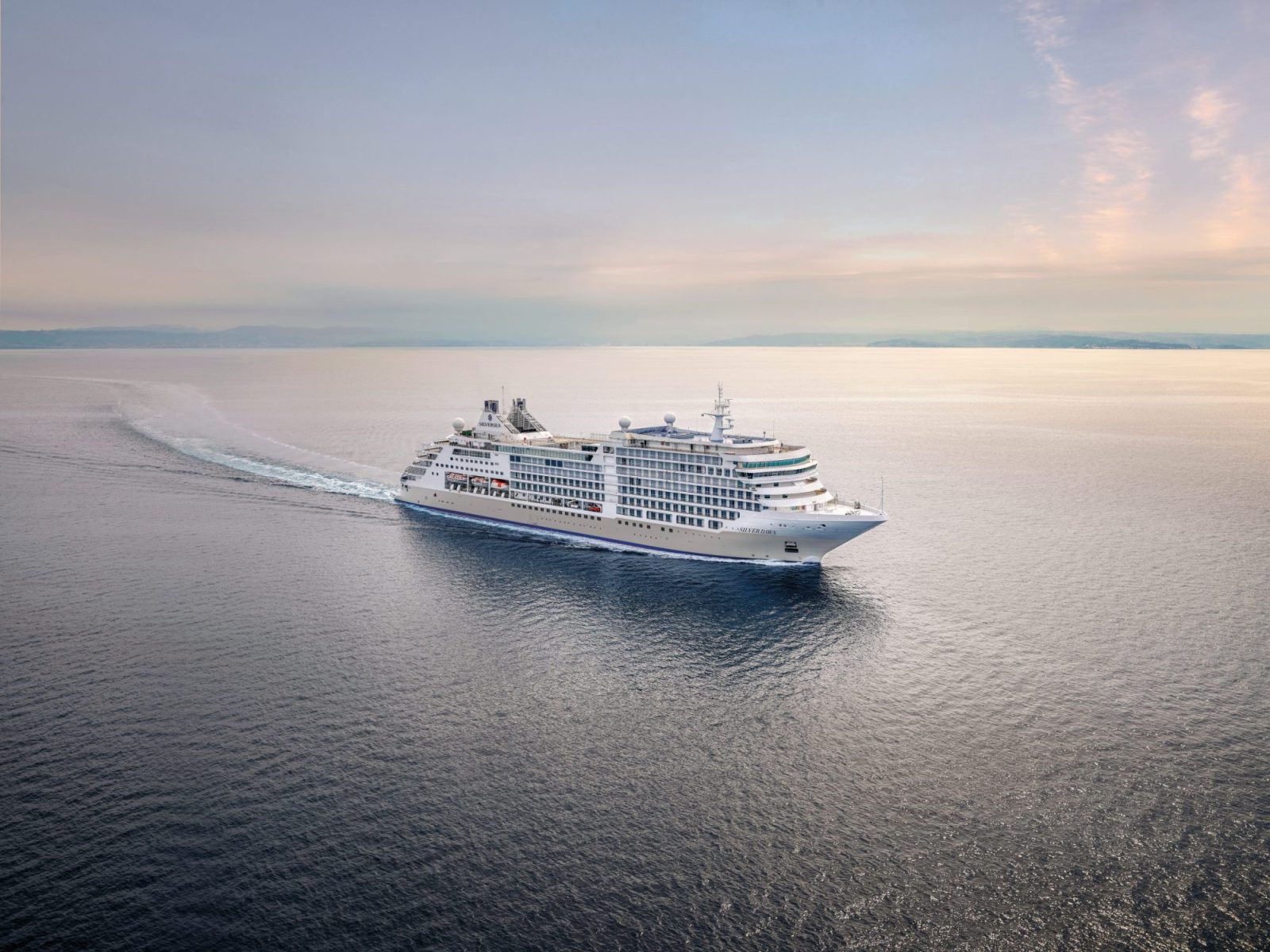 Silversea launches off season 136-day luxury cruise around the world

Silversea Cruises has opened an exclusive pre-sale on its Controtempo World Cruise for 2025, inviting guests to journey to 59 destinations in 30 countries across four continents.

Unveiled by the cruise line’s executives during a special live-streamed event, the 136-day Controtempo World Cruise will depart Tokyo for New York on January 13, 2025, unlocking some of the world’s most iconic destinations during unconventional seasons, with immersive experiences that introduce local people and the most compelling stories.

Guests will journey aboard Silversea’s ultra-luxury Silver Dawn for the global voyage, marking the first time a Muse-class ship has hosted a World Cruise. “For the first time, we will host our World Cruise aboard our beautiful Silver Dawn—a slightly larger ship with a capacity of 596—which pays testament to the high demand we are seeing for extended voyages”, said Roberto Martinoli, President and CEO, Silversea Cruises

Feeding the incredibly high demand for extended voyages, our destination experts have designed our new Controtempo World Cruise 2025 to sail offbeat, enabling the world’s most experienced travellers to rediscover the world in a whole new light.

The Controtempo World Cruise 2025 was unveiled to selected guests and travel partners during a virtual premiere, which featured a video starring Fernando Barroso de Oliveira—Silversea’s President’s Ambassador to the Venetian Society. Incorporating a 10-song soundtrack composed especially for the event, inspired by each region on the voyage, the video depicts de Oliveira walking through a sample of the voyage’s destinations.

“Controtempo, a musical term that means ‘off-tempo’, will take guests closer to the authentic heartbeat of iconic and off-the-beaten-path destinations. We will be travelling to an unusual rhythm, from East to West, with more time ashore in unconventional seasons”, added Martinoli.

In the video, de Oliveira then reveals the authentic experiences that await guests in each region, highlighting the draw of discovering the world off-season and through local eyes. At the video’s conclusion and following a brief presentation, attendees posed their questions to Roberto Martinoli, President and CEO, Silversea Cruises; Barbara Muckermann, Chief Commercial Officer, Silversea Cruises; and Fernando.

Incorporating 33 overnight calls, seven exclusive events, three optional overland programmes, and 19 maiden calls, the Controtempo World Cruise 2025 is set to unlock new, immersive experiences for Silversea’s well-travelled guests. As well as some of the most iconic cities in the world, from Tokyo to Paris, the itinerary will include remote destinations that are new to a Silversea World Cruise. The voyage will be divided into 10 segments.

“Most importantly, guests will enjoy an enhanced experience aboard Silver Dawn, with the choice of eight restaurants; eight bars and lounges; our immersive culinary programme, S.A.L.T.; and our indulgent wellness programme, Otium. This is the invitation to gain a different perspective on the world, in true Silversea style”, highlighted Martinoli.

Culinary immersion will feature heavily throughout the voyage, with S.A.L.T. facilitating a deep dive into the world’s richest culinary cultures, built around the theme of ‘The Essential Tastes of the World.’ Areas of discovery will include the science of Umami in Japan and the art of fermentation in Scandinavia, among others.

The pre-sale for the Controtempo World Cruise 2025 opened on 20 July to all Venetian Society members, while sales to the general public will open on August 2, 2022. Prices start at €72,000 per guest for the smallest room, without a view, while for the “owner’s suite”, which comes with a veranda, living room and one or two bedrooms, prices start at €247,000 per guest.