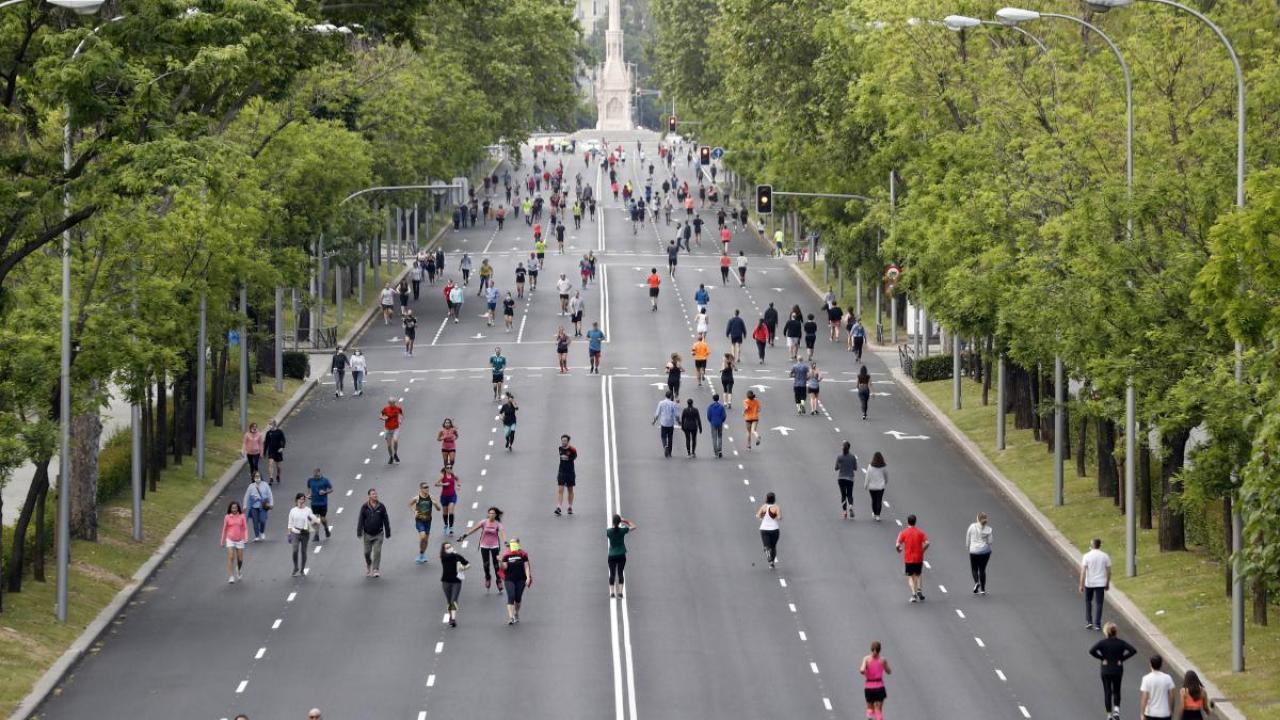 Public Space: Rethinking life in the city after Covid-19

According to the UN, 54% of the world’s population lives in cities, a proportion that is expected to increase to 68% by 2050. Urban centers are the places most affected by the pandemic. Global solutions are needed more than ever. More than 30 cities in Europe, including Brussels, and in Latin America came together to rethink their cities in an unprecedented scenario during the International Urban Cooperation Program for Latin America and the Caribbean, IUC-LAC funded by the EU.

The result of this meeting is “Open Dialogues IUC-LAC”, the first publication with lessons learned and recommendations so that cities can face the “new normal” after Covid-19. Public space, tourism, mobility, transport, green economy and climate resilience are some of the themes addressed in this publication. Redesigning urban spaces, promoting greater use of renewable resources or re-configuring industries are some of the conclusions of this work.

Public space is the place that best reflects the identity of the city, and its reorientation is at the heart of EU public policies. Hans Crab, Project Coordinator for International Partnerships in Prevention and Safety in Brussels spoke about the experience of Belgian capital. He explained that drones communicating security measures to avoid contagion have been deployed in Brussels. He spoke of the 40 km of cycle paths have been created, as well as the new Good Move mobility strategy.

“Public space is vital for resilience. It is a time to change mindset and make public space more inclusive and diverse in its use,” said Crab.

European cities such as Madrid, Rome, Turin, Porto and Zagreb share their points of view with Latin American cities such as Cartagena, Buenos Aires, Rosario, Arequipa and Barranquilla, among others. Some of the voices included in this publication are mayors, technicians, companies, networks, associations and representatives of the European Union who are bringing their particular expertise to this publication.

For Sandra Marín, head of the publication and City to City cooperation Coordinator of the IUC-LAC Programme, the aim of the publication “is to serve as an inspiration for governments to rethink their cities from innovative and people-centred perspectives.”

One of the best practices in terms of public space is the City Card service in Genoa (Italy), one of the cities participating in the publication. This service is a new tool that calculates the spatial and temporal distribution of visitors in tourist attractions and allows the reorganization of services, guaranteeing that the safety distance is met.

With regard to mobility and transport, the case of Turin (Italy) stands out. This city has launched a pilot project for the use of hybrid cars with geofencing, a system with an algorithm that allows them to change their engine to electric when they enter the city centre. The one in Turin is the first pilot using this technology in the world.

In terms of the green economy, the case of Pavlos Melas (Greece) is remarkable. They are boosting their economic recovery by giving priority to environmental recovery, investing in drinking water, clean air or clean energy, and organising their investment on the basis of spatial justice criteria, whereby the most vulnerable communities receive more financial support.

The publication, developed by the Latin America and Caribbean regional delegation, is part of the International Urban Cooperation programme (IUC), led by the European Union’s Directorate-General for Regional and Urban Policy (DG Regio) and the Service for Foreign Policy Instruments (FPI). Throughout the IUC programme, 165 cities from 23 EU Member States and 11 other countries from all regions of the world have participated.

The International Urban Cooperation Programme (IUC), funded by the European Union through the Service for Foreign Policy Instruments (FPI) and supported by DG Regio, help cities in different regions of the world to connect and share solutions for common problems in sustainable urban development in the framework of the New Urban Agenda and the fight against Climate Change.