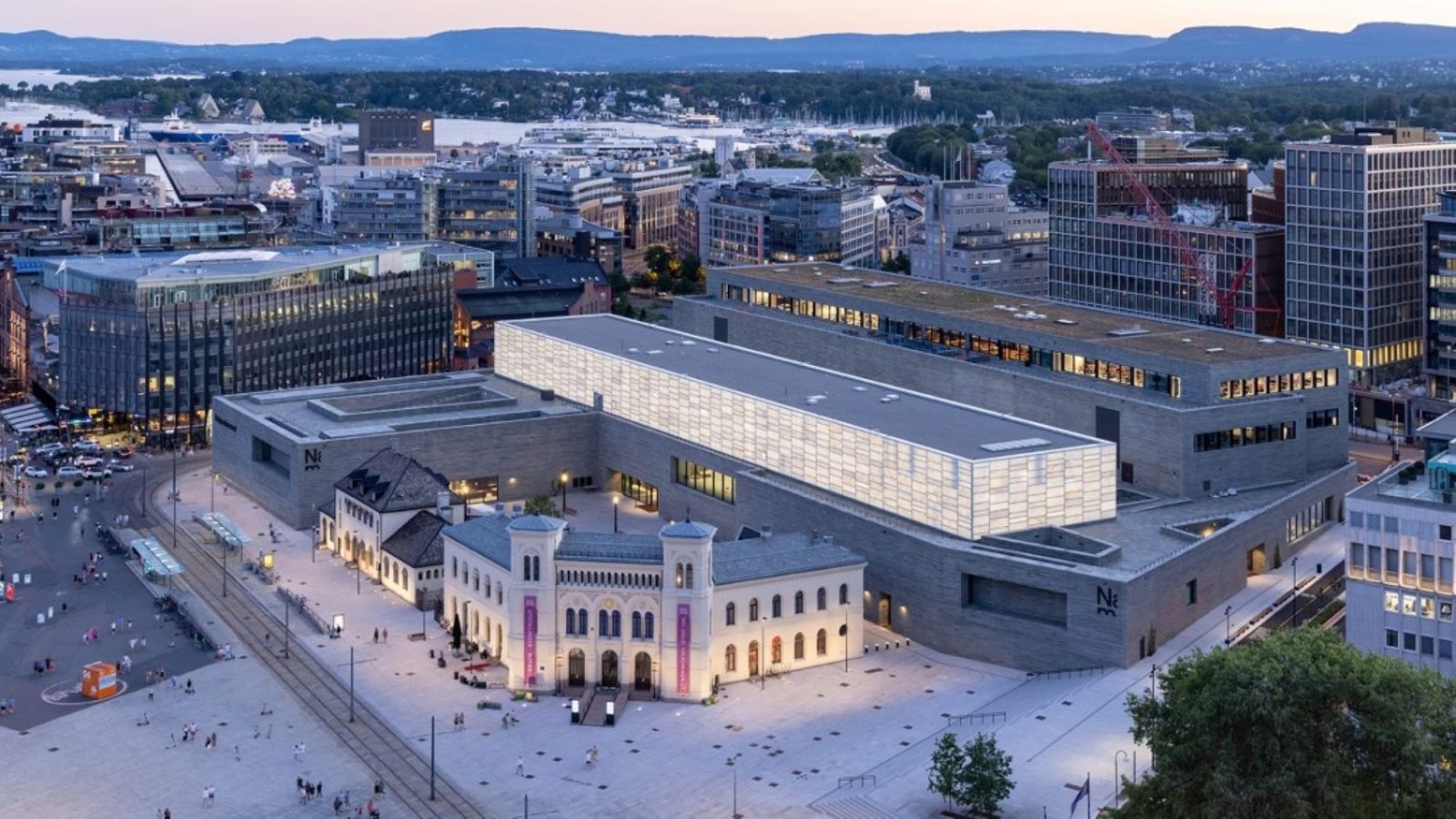 Thinking of the Nordics, there are a few things that immediately come to mind. There’s the northern lights, a natural phenomenon which leaves us in awe each and every time, even though on paper we know very well how they originate. The northern lights are of course not the only natural wonder in the far North – from endless forests over plunging fjords and sky-high mountains, it’s nature at its finest. There’s the ancient remnants, the yummy coffee breaks and what Norwegians call ‘koselig’, a sense of cosiness and comfort.

But even though you may not think of it immediately, Norway actually has great cultural heritage as well. We’re not sure exactly why that’s not something that comes to mind when thinking about the Great North, but fact is, that might well change very soon. The Norwegian capital Oslo has just opened a grand new museum which will definitely draw culture lovers to the city.

Finally managed to visit the @nasjonalmuseet and really enjoyed the variety of art you get to experience there. It was worth the wait! pic.twitter.com/jiRkLVHvje

The new museum covers no less than 54.600 square meters (making it the largest in the Nordics) and is actually a combination of multiple previously-existing museums: the National Gallery, the Museum of Contemporary Art, and the Norwegian Museum of Decorative Arts and Design. The public permanent collection includes over 5.000 objects, amongst which is Edvard Munch’s most famous version of his artwork ‘The Scream’. But there’s one aspect of the museum which currently draws all of our attention.

When you enter the doors of the new museum, the first thing you’ll see is a tapestry of 400 dangling reindeer skulls. According to the museum’s curator Randi Godø, this installation reflects the museum’s intention to show all aspects of Norwegian culture and history. They were originally dumped outside a courthouse as a protest against the Norwegian government, which had obliged the country’s indigenous Sámi people to kill a gigantic herd of reindeer.

“It is quite an important art piece in the Sámi community. It is political and used in protests at the court cases. We needed to make a statement of its importance”, Randi Godø told The Guardian.

The museum hadn’t been collecting art by Sámi artists much, to say the least. It has been overlooked. It is the system of the art world: what has value and what does not. A system of inclusion and exclusion but art by Indigenous people is part of Norway also.

Randi Godø, curator of the National Museum in Oslo

Studying the skulls from up-close, visitors will be able to see the bullet holes that killed the reindeer. An installation which will certainly make you think about how we treat our cultural heritage, to say the least.