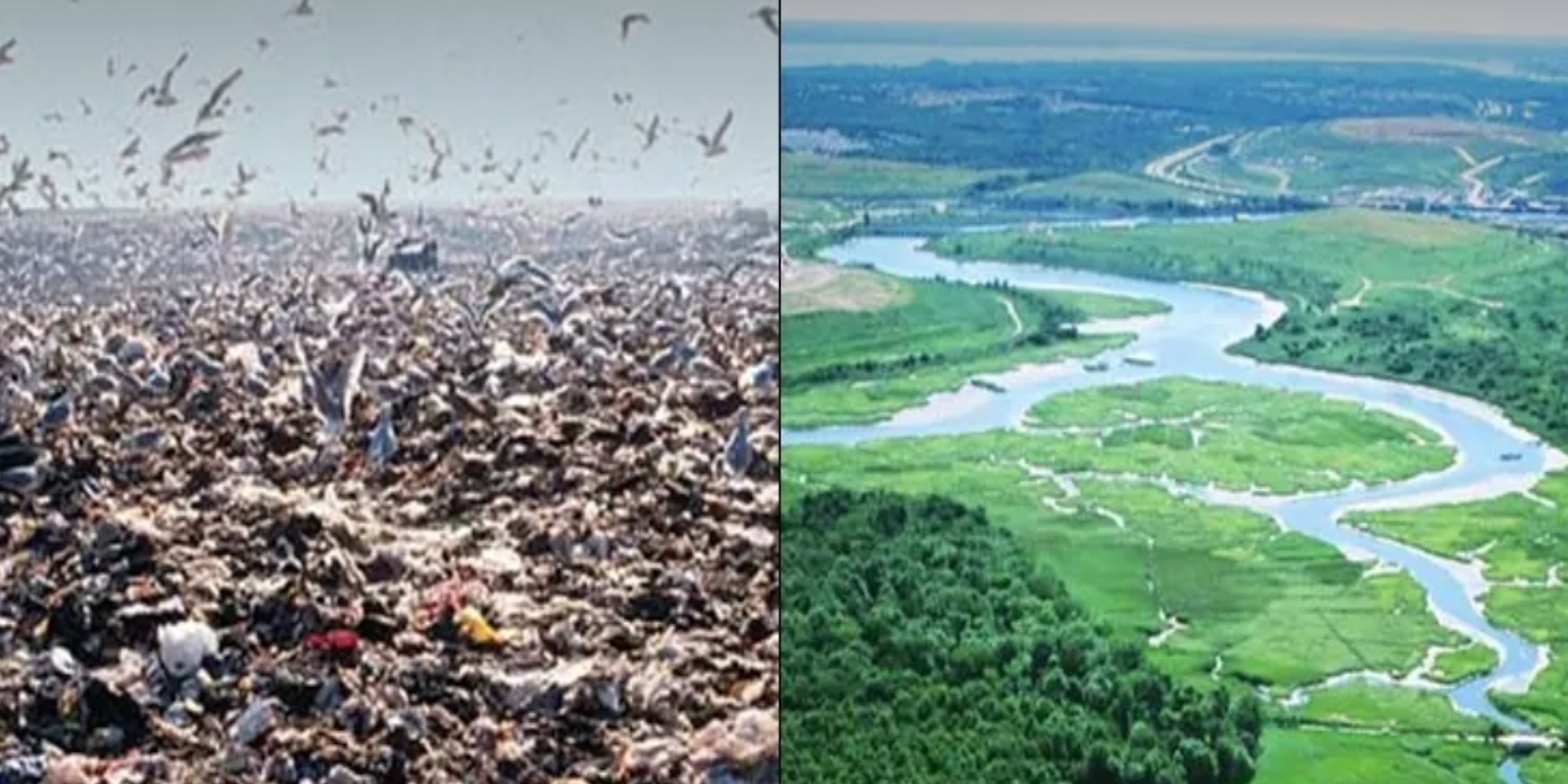 The Fresh Kills landfill used to contain all of New York City’s garbage, a place with stinky smells and whose view, made up of piles of garbage, would have equaled the height of a building 20-stories high.

After the closure of the world’s largest landfill in 2001, New York State authorities and non-profit organizations facilitated a transition that transformed what used to be a huge dump into a green oasis for native plants. The desire to convert it into a park led the Department of City Planning to host an international design competition: the project to create New York’s largest park, won by the company Field Operations. It has now been transformed into a huge green area, three times the size of Central Park.

We support the transformation of the Fresh Kills Landfill into an extraordinary 2,200 acre urban park that will be a model for sustainable waterfront land reclamation, a source of pride for Staten Island and New York City, and a gift of open space for generations to come.

The conversion was not easy and involved not only a lot of work but also some herds of goats, introduced in 2012 for their ecological restoration capabilities. Trucks carrying millions of tons of iron-rich soil were brought in from New Jersey to cover the waterproof plastic sheets that in turn insulated and “covered” the trash piles, while methane extraction pipes carried the smoke from the underground debris on the island to fuel heaters and stoves.

Trees were planted and concrete gutters built to quickly channel rainwater away from the trash heaps. Vegetation, which now covers about 150 million tons of trash, was secured throughout the area thanks to the rediscovery of native herbaceous species that also provide the perfect habitat for the region’s birds.

It is the native grasses planted at Fresh Kills that have attracted a growing population of birds, including the largest colony of Locustella sparrows in New York State.

With still a few months to go before the area officially reopens, the plan calls for a multi-phase opening: from Phase 1 of North Park, in which 21 acres will be open to the public next spring, to the final one which will be to be accessible to all 2,200 acres of the park (by 2036).