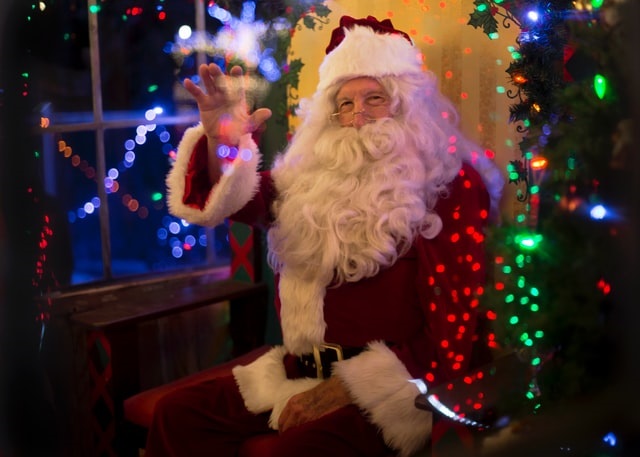 Names and looks of Santa Claus around the world

Brussels Airport is expecting around 527,000 passengers during the Christmas holiday

American passports are about to get more expensive

Santa Claus is probably one of the most universally recognised characters in the world. But this great old man has a different name in basically every country he visits. No matter what you call him, he will still do what he is known for: Bringing presents to children around the world. Here is a list of some of the names (and looks) Santa goes by in countries that celebrate Christmas.

Santa Claus is widely popular in North America, where he made his first appearance in the 17th century. The Dutch are credited with transporting the legend of Saint Nicholas (Sinterklaas) to New Amsterdam (present New York City), along with the traditions of giving toys and sweets to children.  Most Americans are familiar with the traditional Dutch legend of Sinterklaas, in which Santa is believed to travel around the globe wearing a red suit and using a sleigh pulled by reindeer.

The current depiction of Santa Claus is based on images drawn by cartoonist Thomas Nast in 1863. In the 1930s, his image was further defined by the Santa Claus advertisements created for the Coca-Cola Company by illustrator Haddon Sundblum. Sundblum’s Santa was depicted as a gentleman with white beard, dressed in a red suit with a black belt and white fur trim, and a red cap as we know him today.

The Russian version of Santa Claus is known as “Ded Moroz.” However, unlike Santa, Ded Moroz brings presents to children on New Year’s Eve with the help of his granddaughter, Snegurka. He also looks differently than Santa. He is well-dressed with royal blue fur coats embroidered with silver and an elegant pair of boots. However, he is often also represented wearing a red or white coat. Ded Moroz moves around using a sleigh pulled by three snow-white horses.

His assistant and granddaughter, Snegurka, is a beautiful girl with rosy cheeks and a long, blonde braid. She is as much a symbol of New Year’s as the old man himself. Although today Ded Moroz is believed to be a good old man, he actually gradually morphed from a combination of cruel Slavic gods into a gentler gift-giver. His figure, together with many other Christmas symbols, was banned in 1917, when Vladimir Lenin assumed power in Russia. Chrismtas was then reinstated in 1991.

The Hungarian version of Santa Claus is known as Mikulás. Unlike Santa, Mikulás comes on December 5th. That day, children leave their best boot on their windowsill or in front of the door hoping that Mikulás will fill it with treats during the night. Good children receive fruits, chocolates, candies, and toys, while bad kids get nothing more than a spoon or a virgács (a small bundle of twigs that has been painted gold). Most children get some of each as no one is all good or all bad. The old gift-giver travels around with a huge sack full of presents and a large record book with children’s good and bad deeds.

He also has two assistants: A good angel who helps him deliver presents, and a bad devil (named Krampusz) who makes mischief. During the Christmas season, Mikulás makes several personal appearances at malls, in schools or family parties, where he normally appears as an old man in the robes of a bishop. The Hungarian word “Mikulás” is of Czech origin and the tradition of exchanging presents derives from the Austrian influence. According to the past legend, Mikulás was believed to live in Heaven and to keep an eye on children from above. Today, his legend has merged with the one of Santa Claus and the belief that Mikulás lives in Lapland and travels on a sleigh drawn by reindeer is more and more widespread.

In Brazil Christmas comes right in the middle of summer. That’s why Papai Noel – the Brazilian version of Santa – wears a fresh red outfit made of silk.  However, although Brazilians celebrate Christmas in warm weather, the decoration and drawings still include snow. Like Santa, also Papai Noel comes from the North Pole on Christmas Eve to distribute presents to well-behaved children. In some parts of Brazil, children leave a sock near a window before going to bed on Christmas Eve. If Papai Noel finds it, he’ll exchange it for a present. He might also hide presents all around the house.

The Japanese counterpart of Santa Claus is called Hotei-osho. Just like Santa, Hoteiosho is an old man with a jolly and happy personality who brings gifts to children and is usually depicted carrying a huge pack. Some think that he has eyes in the back of his head, so it is important for children to behave when this all-seeing gentleman is nearby. Images of Hoteiosho are often placed around the house for decoration to remind the children that he is always watching them to check if they’re behaving. Unlike Santa, Hoteiosho delivers the presents between December 24th and January 4th.

Hotei is the god of happiness of the Amatsu-Kami, one of the Seven Shinto Lucky Gods of Japan. He is depicted as a laughing Buddha with the Big Belly. He is similar to Santa Claus in many ways. Like Santa Claus, Hotei is depicted as big and jolly. Additionally, he always wanders around with a sack, exactly like Santa. He’s also often surrounded by children, which is the greatest similarity with Santa.