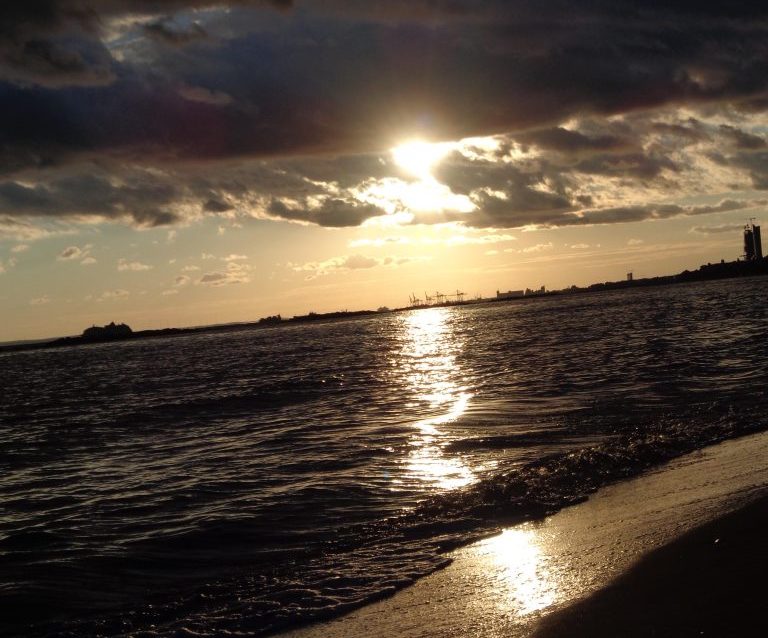 Did you know about China’s colorful ‘Dead Sea’?

Exhibitions in Europe to visit before spring

I was born and raised in New York, Harvard-educated, and spent 35 great years in Boston prior to relocating to Toronto in 2016.  After a fulfilling career in environmental advocacy and as a senior executive with several NGOs, I transitioned to the travel world several years ago.

I’ve arranged a lot of voyages during my career as a travel consultant, but never have the intricacies of a trip matched those arising when a tumor in the lining of a client’s brain was found during the holidays on a remote island in the Mediterranean. JL Morin, who is the author of 6 books including the award-winning medical thriller Loveoid, shared her amazing real-life story:

My life flashed before me, prompting many questions. How much time did I have left on Earth, would I see family members again, where best to fly to for neurosurgery? Holidays ruined, I had to focus on the practical.

After checking with a few hospitals in the area, I widened the radius to include Israel, Austria, Switzerland. Austria is known for having one of the world’s most generous and greatest healthcare systems, but is closed to foreigners seeking operations due to its covid regulations. Swiss hospitals wanted 1000 Euros just for the first consultation, and the pricing in Tel-Aviv followed suit. It wasn’t until V-Day that I was able to get a date with a hospital. The lucky hospital was in Belgium, which offers both private and socialized health care coverage. The first consultation cost 27 Euros. Hôpital Erasme is known as the best in the kingdom, and exceeding my expectations, it was also the quickest to give me a date — how my requirements have changed!

With such an enormous divide in the cost of healthcare among countries, many patients could benefit from travel. A decrease in demand in outrageously priced countries might force them to socialize their healthcare systems. The operation went more smoothly than I’d imagined.

The cost of operation was less than half the price of a similar operation in the US. Moreover, Belgium is known for its solid doctors. For example, bankers have a saying about Belgian dentists being the lowest risk client for loans. The languages spoken in the hospital are French, Flemmish/Dutch & English.

Just out of the hospital, I needed a hotel in the most central location, near the Grand Place, the cinema, and the main shopping street, rue Neuve. I switched to the Hôtel NH Collection Brussels Centre, which is connected to a Basic Fit gym, for my daily rehab, and just down the street from Waterstones bookstore. NH Collection offered a great room, obviously decorated by an Italian. It featured a bathtub, balcony instead of just a window, wide desk and swivel chair, gigantic mirror, marble sink, and a kettle made out of metal so I didn’t have to drink carcinogenic plastic every morning… nothing like the silence and lux of a hotel after an operation. I’d just stumbled onto the perfect place, and knew I was protected.

To stay healthy, I’ll have to be more religious about wearing a hat in the sun. I now eat raw fruit before meals so the enzymes can break down fat — meningiomas are mostly made of milk fat protein called epithelial membrane antigen (EMA). I avoid drinking milk in the first place, and also avoid estrogen and progesterone in general. I’m also eating lots of turmeric, not eating after dark, exercising every day, meditating, and when not alone, being with positive people… so it won’t return.

I’ll have to make further changes in my lifestyle. This will mean less sitting at my desk, and will involve a trip to the nearby Mediamarkt to buy equipment for recording my writing while walking, and then uploading the files into a transcription software.

This type of tumor is found in about 3 percent of people over the age of 60, and 74% of people who get meningiomas are female. The meningioma had hormone receptors, which means that female hormones, estrogen and progesterone made it grow. The list of foods that promote female hormones is long, and that of foods to actually suppress hormones, so short: turmeric, pepper seeds. I basically have to eat Indian food for the rest of my life. The best-case scenario, if it has to be one cuisine, since the Indian dish Aloo Gobi, made of cauliflower, potato and plenty of turmeric and pepper catalyzed by coconut oil, is my favorite dish.

I found an excellent Pakistani buffet for only 15 euros at the old stock market, La Bourse, the site of the memorial in the aftermath of the 2016 Brussels bombings. The cuisine is prepared with the traditional knowhow that brings ancient healing. The Indian waiters are super friendly; the mineral themed décor sparkles under crystal chandeliers; and the high-backed chairs are fit for a queen. The Maharaja Tandoori Restaurant is planned to a tee, down to the beautiful marble restrooms laid out in ladies-first order, which I find much more genteel than having to walk past a men’s room.

Life is full of ups and downs, and I’m glad to still be on the path. The most immediate obstacle: how to get home. I’m not supposed to fly for weeks. I could hang around the Grand Place, or take a train somewhere warm to one of Amy’s spa recommendations in Italy. If travelling by water, apparently, I’d need a boat that’s at least 160 m long to not be buffeted about by winter waves…