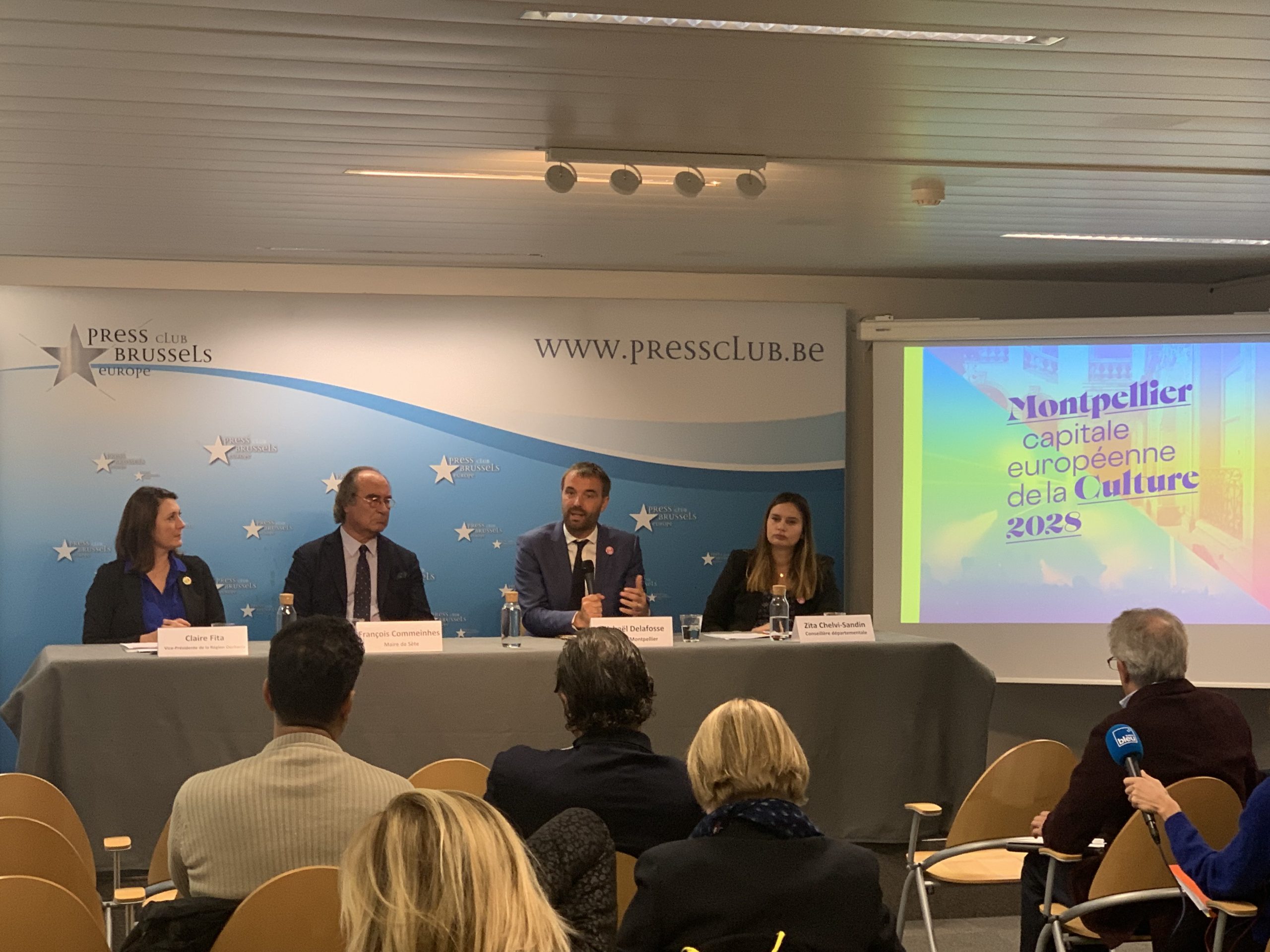 The French city of Montpellier has thrown it hat into the ring in the race to become European Capital of Culture in 2028.

On 31 December 2021, the decree and the competition notice were published in the Official Journal of the French Republic specifying the organizational arrangements and the procedure for the designation of the future city to be host the European Capital of Culture in 2028, as France is the chosen country.

Following this decree and notice, which set the rules for competing, 10 French cities have decided to apply to become an official candidate:

Those cities have until December 1, 2022 to submit their official applications.

In this framework a delegation a high level delegation from the city of Montpellier, and its neighbouring city Sète, visited Brussels to met officials from the European Commission, the European Parliament and the Committee of the Regions. Furthermore they also met with H.E. Philippe Leglise-Costa, France’s EU Ambassador.

“The people we met were generous towards us and our candidacy and the commission is trying to help get our bid in shape” explained Michaël Delafosse, Mayor of Montpellier, at a briefing at the Press Club Brussels Europe.

He believes that, if successful, his city will benefit economically as well as culturally, adding, “It could create a lot of jobs in the creative industry as well as in tourism. The big challenge now is to get everyone united behind us.”

A formal bid will be made in the first half of next year and the initial ten cities will be shortlisted to four from which a final successful candidate will be selected, probably at the end of next year.

I don’t like to use word competition. When we talk about culture, there is no competition.

“Being a candidate, after being French Capital of Culture, was the evident next step for us. Sète is a city of culture and will highlight our dynamic nature, richness of our festivals and talent of our artists.” explained Francois Commeinhes, the mayor of Sete which has teamed up with Montpellier to bid for the title.”This common candidacy will allow our two territories to united in all their glorious identity,” he concluded.

Under the motto “let’s build together”, both cities have committed an estimated 700,000 euros to the bid supporting a range of projects. The joint bid also aims to emphasise the “green credentials” of each city which, both say, are in line with the EU’s efforts to cut greenhouse gas emissions.

The bid points out that Occitanie region, which comprises both cities, has adopted its own green deal and has plans to “revolutionise” urban development and transport. It says the region faces “major transformation challenges” and this is one of the reasons behind its decision to submit a bid.

European Capitals of Culture are formally designated four years before the actual title year. This long period of time is necessary for the planning and preparation of such a complex event

Each year the European Commission publishes an evaluation report on the outcomes of the European Capitals of Culture of the previous year. An initiative putting culture at the heart of European cities with EU support for a yearlong celebration of art and culture.

The European Capitals of Culture (ECOC) initiative is designed to:

The initiative was developed in 1985 and has, to date, been awarded to more than 60 cities across the European Union (EU) and beyond.