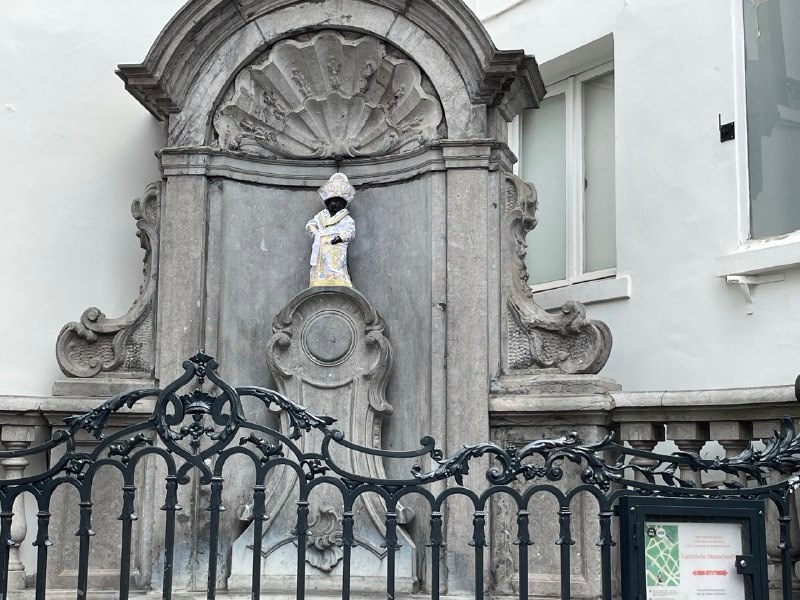 The ceremony took place today in the courtyard of the Maison Patricienne. At 9 am the official dresser of the Manneken-Pis adorned the famous statuette with its new outfit. Belgium is an important political and economic partner of Kazakhstan. For three decades, cooperation between Kazakhstan and Belgium has been dynamically developing in many areas, including in the field of culture, explained Ambassador Margulan Baimukhan.

Next year, our countries will celebrate the 30th anniversary of the establishment of diplomatic relations. From a historical point of view, this is a short period, but throughout these years, we have made significant steps towards expanding and strengthening our cooperation.

Margulan Baimukhan, Ambassador of the Republic of Kazakhstan to the Kingdom of Belgium

About the Manneken Pis

The Manneken Pis (literally “little pissing man” in Flemish) is a bronze fountain statue built in the 17th century. The tiny (only 61 cm!) statue, which is protected by an iron fence, depicts a boy while peeing in a basin.

There are different stories and legends trying to explain why this statue was erected, all of them quite funny. According to one legend, the statue is a gift to locals from a tourist who lost his little son in Brussels and later found him thanks to the help from villagers. The legend tells that the statue was placed in the corner where the boy was found. Another story tells that the boy was a spy who attempted to bomb the city by urinating on the explosives! A third tale tells that a boy prevented the city to be destroyed by a fire by peeing on a burning fuse before it exploded. To manifest their gratitude, the locals made a statue in his likeness.

The Manneken Pis has a special outfit for every occasion. The tradition to dress him up in costumes for special occasions dates back to at least the 18th century.