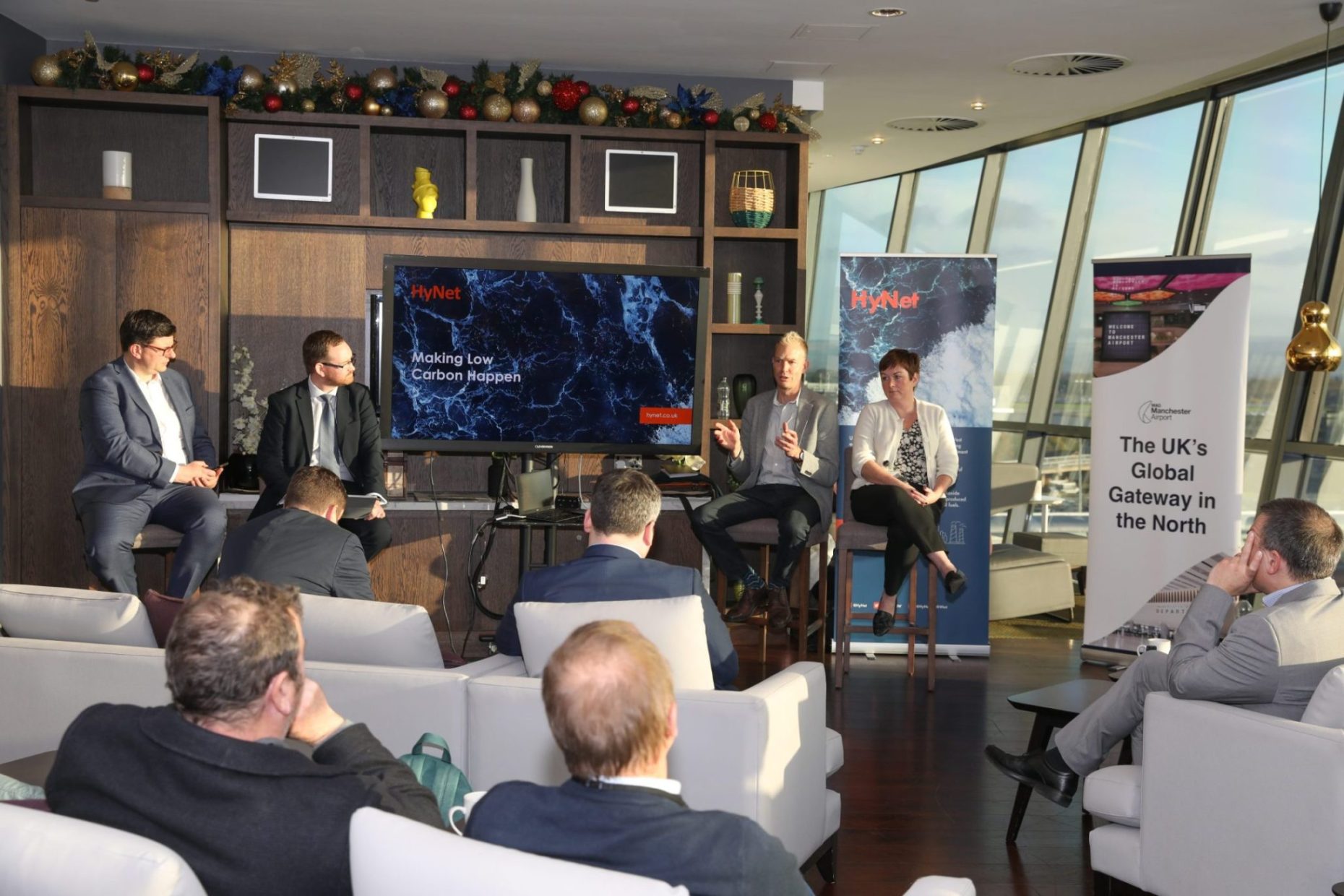 Manchester Airport will be the pioneer in the UK with a direct hydrogen fuel pipeline connection, the British airport announced during an official event attended by 30 leading figures from the industry.

With hydrogen set to play a key role in the decarbonization of the aviation sector, Manchester Airport announced on November 29 that their premises will be ready to launch hydrogen-powered aircraft from the mid-2030s for short-haul journeys. This new venture counts with the support from HyNet, one of the UK’s leading government-backed industrial decarbonization projects dealing with hydrogen production, storage and distribution.

Today we announced our partnership with @HyNetNW, as we plan to become the first UK airport with a direct supply of hydrogen fuel.

“This announcement demonstrates the meaningful action we are taking to ensure we can deliver a carbon-free future for the aviation industry. The partnership between Manchester Airport and HyNet is a significant step forward for the future use of hydrogen across the North West, building a more sustainable future for the region,” said the Managing Director at Manchester Airport Chris Woodroofe.

In particular, the airport said it has signed a Memorandum of Understanding with the two founding partners of HyNet — Progressive Energy and Cadent. The first develops projects to decarbonise the energy sector while the latter focus on gas distribution, which will build and operate HyNet’s hydrogen pipeline network.

The announcement has been backed by the British Aviation Minister Baroness Vere and Energy and Climate Change Minister Graham Stuart, as well as northern leaders and the North West Hydrogen Alliance, who have called hydrogen the “super fuel of the future”.

HyNet will transform the region by the mid-2020s through delivering low carbon hydrogen produced locally at the UK’s first facilities including Vertex Hydrogen and a range of electrolytic plants.

He noted that there is a “huge level of demand” for HyNet hydrogen from across the North West and North Wales across different sectors from glass and paper to food and drink to consumer goods.

By securing a direct supply of hydrogen for our airport, our 60 airlines will be able to make use of this exciting and ground-breaking technology as soon as possible.

Due to the length of time it takes to plan, design, consult and implement new airport infrastructure, airports need to make provisions ahead of the first commercially available hydrogen-powered aircraft expected in the early to mid-2030s. Such provisions include the contemplation of different scenarios for the supply and storage of hydrogen.

Based on the latest research by Jacobs, an engineering services company, 3 different scenarios are proposed, whereas the first envisages the delivery of liquid hydrogen directly to the airport by truck, the second, the use of hydrogen via repurposed gas pipelines with on-site liquefaction and finally, the use of electrolysis for hydrogen production on site at the airport. However, the method to generate and deliver hydrogen to the airport will depend on the airport’s size, location, geography and the scale of hydrogen demand.

From our #JetZero decarbonisation strategy to the #GenerationAviation skills campaign, I will work with the sector as Aviation Minister to help it achieve its goals. pic.twitter.com/yipcpl9Wgj

“Hydrogen offers great potential to decarbonise flying, but we need the right infrastructure at our airports to help harness that opportunity. We are funding the multi-million pound Zero Emission Flight Infrastructure project, which has already published important findings, and it’s great to see industry now pushing ahead in this area to make zero emission flight a reality,” Baroness Vere added.