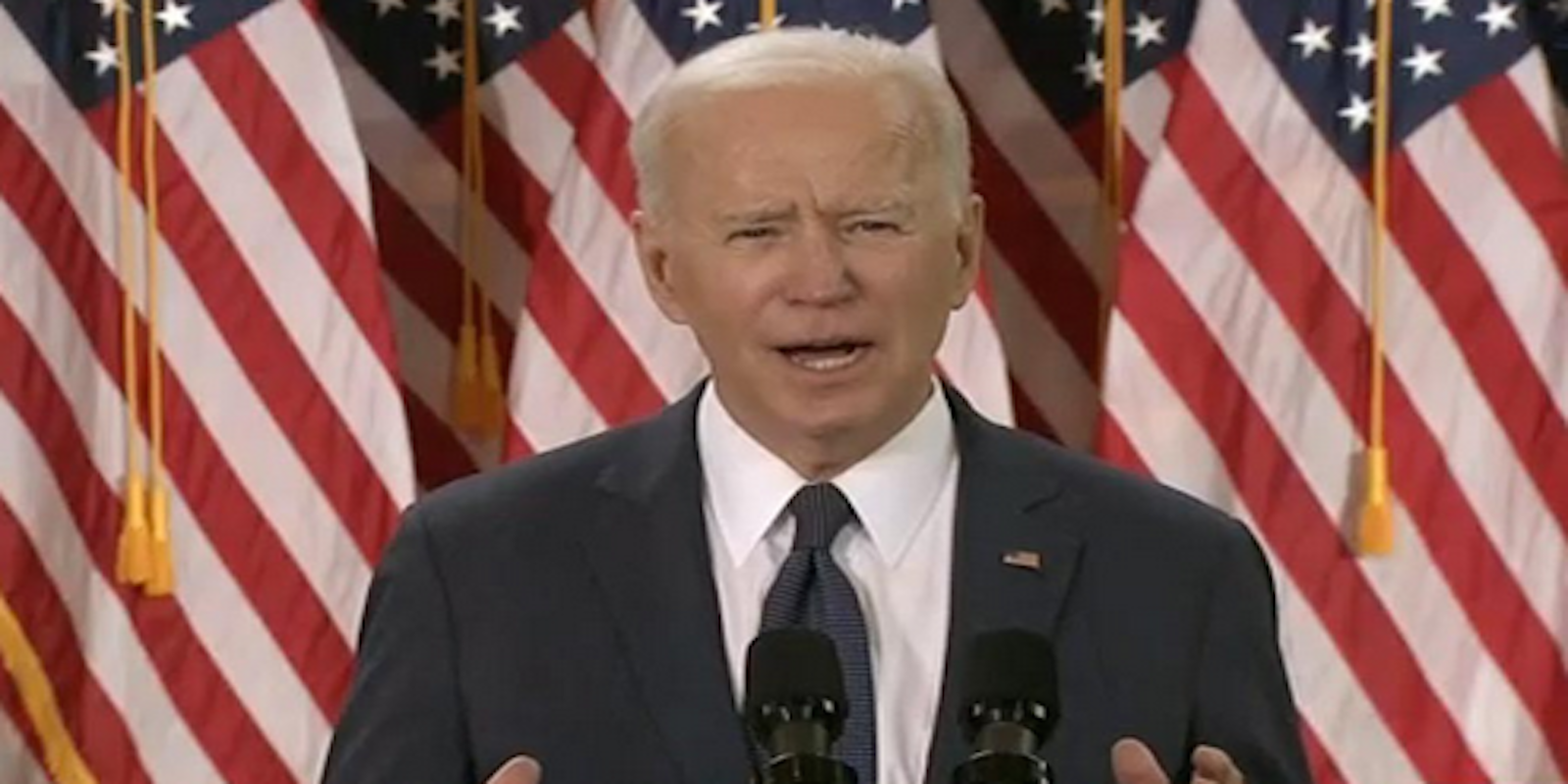 US President Joe Biden announced a $2.25 trillion package that is meant to address important issues linked to fossil fuels and climate change. The package is meant to repair the country’s roads and bridges, guarantee nationwide access to broadband internet, among other things. Biden’s plan would have to include an increase in taxes, something that does not please Republicans.

The American Jobs Plan will lead to a transformational progress in order to tackle climate change.

Rehabilitating the country’s aging infrastructure while focusing on renewable energy is one of the objectives of the pharaonic plan unveiled by the US president. Of the $2 trillion, $80 billion is earmarked to expand Amtrak rail service across the country. Much of the expansion would benefit southern and western regions, with new rail lines connecting cities like Nashville, Tennessee and Atlanta, Houston and Dallas, and bringing back service between Las Vegas and Los Angeles.

The nation’s rail networks could have the potential to offer safe, reliable, efficient, and climate-friendly alternatives for moving people and freight. However, unlike highways and transit, rail lacks a multi-year funding stream to address deferred maintenance, enhance existing corridors, and build new lines in high-potential locations.

The President’s plan will modernize 20,000 miles of highways, roads, and main-streets. It will fix the ten most economically significant bridges in the country in need of reconstruction. It also will repair the worst 10,000 smaller bridges, providing critical linkages to communities. And, it will replace thousands of buses and rail cars, repair hundreds of stations, renew airports, and expand transit and rail into new communities.

We have to move now because I’m convinced that if we act now, in 50 years people are going to look back and say this was the moment that America won the future.

The eight-year plan would be backed by changes to corporate tax structures. This would mean an increase in the corporate tax rate to 28% from the 21% set in 2017 under President Donald Trump’s tax law. The White House would also look to generate revenue by eliminating certain tax preferences for fossil fuels.

U.S. market share of plug-in electric vehicle (EV) sales is only one-third the size of the Chinese EV market. Biden is proposing a $174 billion investment to win the EV market. His plan will enable automakers to spur domestic supply chains from raw materials to parts, retool factories to compete globally, and support American workers to make batteries and EVs. It will give consumers point of sale rebates and tax incentives to buy American-made EVs, while ensuring that these vehicles are affordable for all families and manufactured by workers with good jobs.

The plan will establish grant and incentive programs for state and local governments and the private sector to build a national network of 500,000 EV chargers by 2030, while promoting strong labor, training, and installation standards. His plan also will replace 50,000 diesel transit vehicles and electrify at least 20 percent of our yellow school bus fleet through a new Clean Buses for Kids Program at the Environmental Protection Agency, with support from the Department of Energy. These investments will set us on a path to 100 percent clean buses, while ensuring that the American workforce is trained to operate and maintain this 21st century infrastructure. Finally, it will utilize the vast tools of federal procurement to electrify the federal fleet, including the United States Postal Service.

If the infrastructure plan is approved, Amtrak expects to serve 20 million more passengers in 2035, compared to 2019. 32 million people rode its trains in 2019. Biden is known for his personal affinity for Amtrak. He has estimated that he has traveled more than 2 million miles on trains in his life.