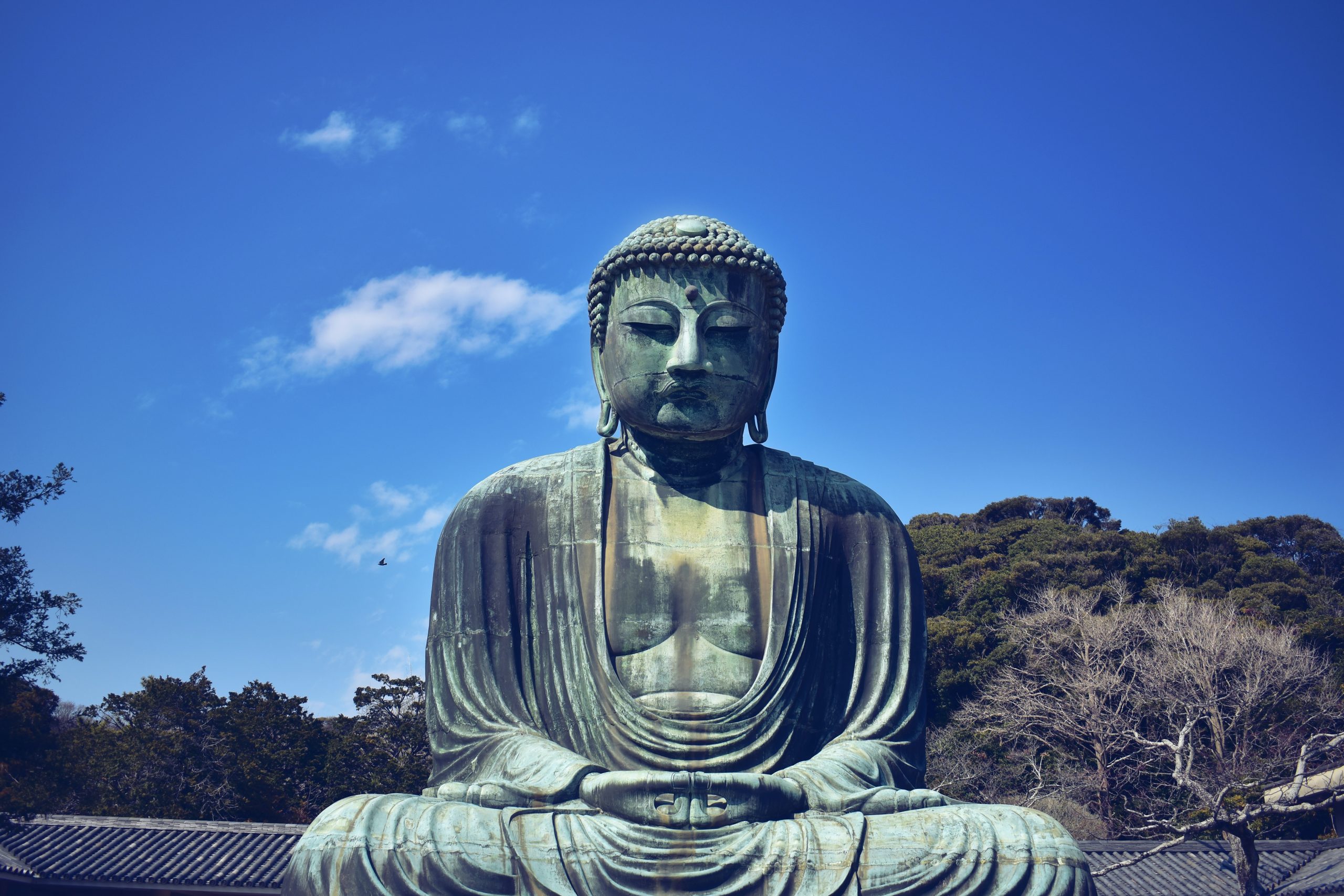 Less parking spots and more terraces in Brussels this summer

5 April 2021
▲
© The Daibutsu of Kamakura, Japan by @mujercosmi on Unsplash

The image of Buddhas started to appear in the first century in Gandhara and Mathura, both located in Northern India. A statue or a painting of Buddha always illustrates a mudra or gesture. People come to those places to pray, to say “they believe in him”. The statues are amazing to see whether you’re a believer or not. Here are 10 famous giant Buddha statues in the world.

Ling Shan Great Buddha is located on the north shore of Lake Tai, near Wuxi, Jiangsu. The Grand Buddha at Ling Shan is a bronze Amitabha Buddha. Standing outdoors, it weighs over 700 tons and was completed at the end of 1996. The monument is 88-meters high, including a 9 m lotus pedestal. The statue is one of the largest Buddha statues in China, and in the world.

2. The Great Buddhas of Monywa, Myanmar

There are two giant Buddha statues in Monywa Township, Sagaing Region, Myanmar (Burma). The standing statue ( Laykyun Sekkya ) is 116 m high with thirty-one floors, which refer to the 31 planes of existence or 31 Realms of Life Cycle according to Buddhist literature. The lying statue with 90 meters long is the largest reclining Buddha in the world.

The statue is made of bronze and gilded with gold. It houses over one hundred thousand smaller Buddha statues, each of which are like the Great Buddha Dordenma itself. You can also enjoy the park in this area, the Kuensel Phodrang nature park formally opened in 2011.

The Fo Guang Shan Buddha Memorial Hall is located in Kaohsiung in Taiwan. The statue is the largest Buddhist monastery in Taiwan and also the world’s tallest bronze sitting Buddha statue. There are also some murals that tell the story of the Buddha and promote Buddhism in this place.

5. The Daibutsu of Kamakura, Japan

The Great Buddha of Kamakura is a large bronze statue of Amitābha and is located on the temple grounds at Kōtoku-in. The statue is one of the most famous icons of Japan and the best time to visit this place is during the spring when the Sakura blossoms; it offers a beautiful view of this place.

The Gal Vihara is a rock temple of the Buddha, also known as Gal Viharaya. It is located in the ancient city of Polonnaruwa in North Central Province, Sri Lanka.  It was fashioned in the 12th century by Parakramabahu.

A reclining Buddha is an image that represents Buddha lying down and is a major iconographic theme in Buddhist art. It represents the historical Buddha during his last illness, about to enter the Parinirvana. The most iconic reclining Buddha statue is in Bangkok, located at Wat Po. It is a Buddhist temple complex in Phra Nakhon, Bangkok, Thailand.

Bongeunsa is a Buddhist temple located on the slope of Sudo Mountain, across the street from the COEX Mall. Besides the statue of Buddha in the center of the temple, visitors also can explore the place and enjoy some beautiful spots.

The Leshan Giant Buddha is located at Lingyun Mountain’s Qifeng Peak. This is a 71-meter tall stone statue, built between 713 and 803 (during the Tang dynasty), depicting Maitreya. It is carved out of a cliff face of Cretaceous red bed sandstone, lying at the confluence of the Min River and Dadu River.

The Statue of Budai or the Laughing Buddha is located in Vĩnh Tràng Chùa. This is a Buddhist temple near Mỹ Tho in the Mekong Delta region of southern Vietnam. The Laughing Buddha is a symbol of happiness, contentment, and prosperity. Besides the Budai, there are some statues and a beautiful pagoda in this temple.

Tian Tan Buddha is a big bronze statue located on Lantau Island, right next to the Po Lin Monastery and on the top of a hill. Tian Tan is also called “The Big Buddha”. Indeed, it is the second biggest outdoor sitting Buddha in the world and one of the most famous tourist attractions in Hong Kong.