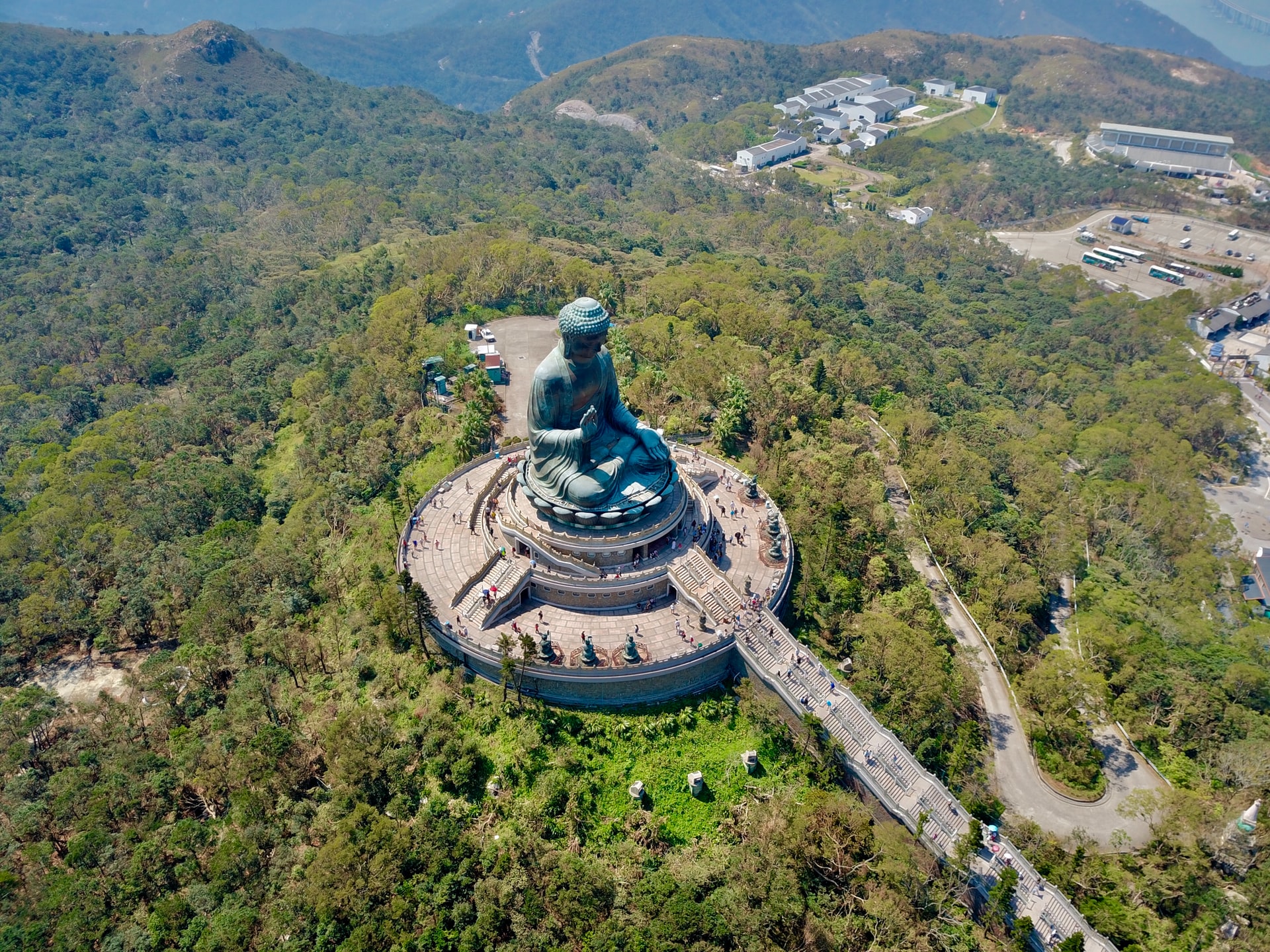 Opening a company during Covid-19

Discover Brussels by bike on this two-day micro adventure

Tian Tan Buddha is a big bronze statue located on Lantau Island, right next to the Po Lin Monastery and on the top of a hill. Tian Tan is also called “The Big Buddha”. Indeed, it is the second biggest outdoor sitting Buddha in the world and one of the most famous tourist attractions in Hong Kong.

Buddha statues started to appear in China during the Eastern Han period. During that time, Buddhism was introduced to China and Buddhist arts flourished all over the country.

In 1979, the monks of the Po Lin Monastery visited mainland China and got inspired by the many different sculptures they saw. In particular, their attention was caught by the Tian Tan Altar of Heaven, situated in Beijing. When they went back to Hong Kong, they decided to build their own Buddha statue right next to their monastery and to name it after the Altar of Heaven they had visited.

After 12 years of work, the statue was finally completed in 1993. It is 34 meters tall and it weights 250 tons. The Buddha faces the north, overlooking the Chinese people. The entire sculpture is characterized by soft flowing lines, which transmit peace and tranquility to the viewer.

To shape the face, the monks were inspired by the Buddha Vairocana of the Longmen Caves, while the statue’s clothes were modeled after the Buddha Sakyamuni in the cave 360 of the Dunhuang Grottoes.

1. How to reach the Buddha

To get to Tian Tan Buddha, you’ll have to take the “Ngong Ping 360” cable car. Tip: if you want to live a unique experience, opt for the glass-bottomed crystal cabin!

The drive is amazing! From the cable car you’ll enjoy a 360 degrees panoramic view, including the Hong Kong-Zhuhai-Macao Bridge, completed in 2018.

After around 20 minutes ride, you’ll be in Lantau. But once you arrive on the island, you’ll have to put some effort and climb 268 steps in order to reach the statue. No worries… the climb is worth the visit! Indeed, once you reach the statue, you’ll enjoy a breathtaking view of the Po Lin Monastery, the Chinese sea, and the mountains. And, most importantly, you’ll be able to spot all the details of the giant Buddha statue.

Its construction began in 1906 thanks to three Chinese monks who decided to build a site on Lantau island to practice their religion. Throughout the years, the monastery gained more and more members and it is now a worldwide famous Buddhist venue. It is particularly renowned for its sculptural art and architectural structures, which feature a mix of techniques from both the north and the south of China.

The Monastery has even a vegetarian restaurant open to visitors, which offers typical healthy dishes prepared with natural ingredients.