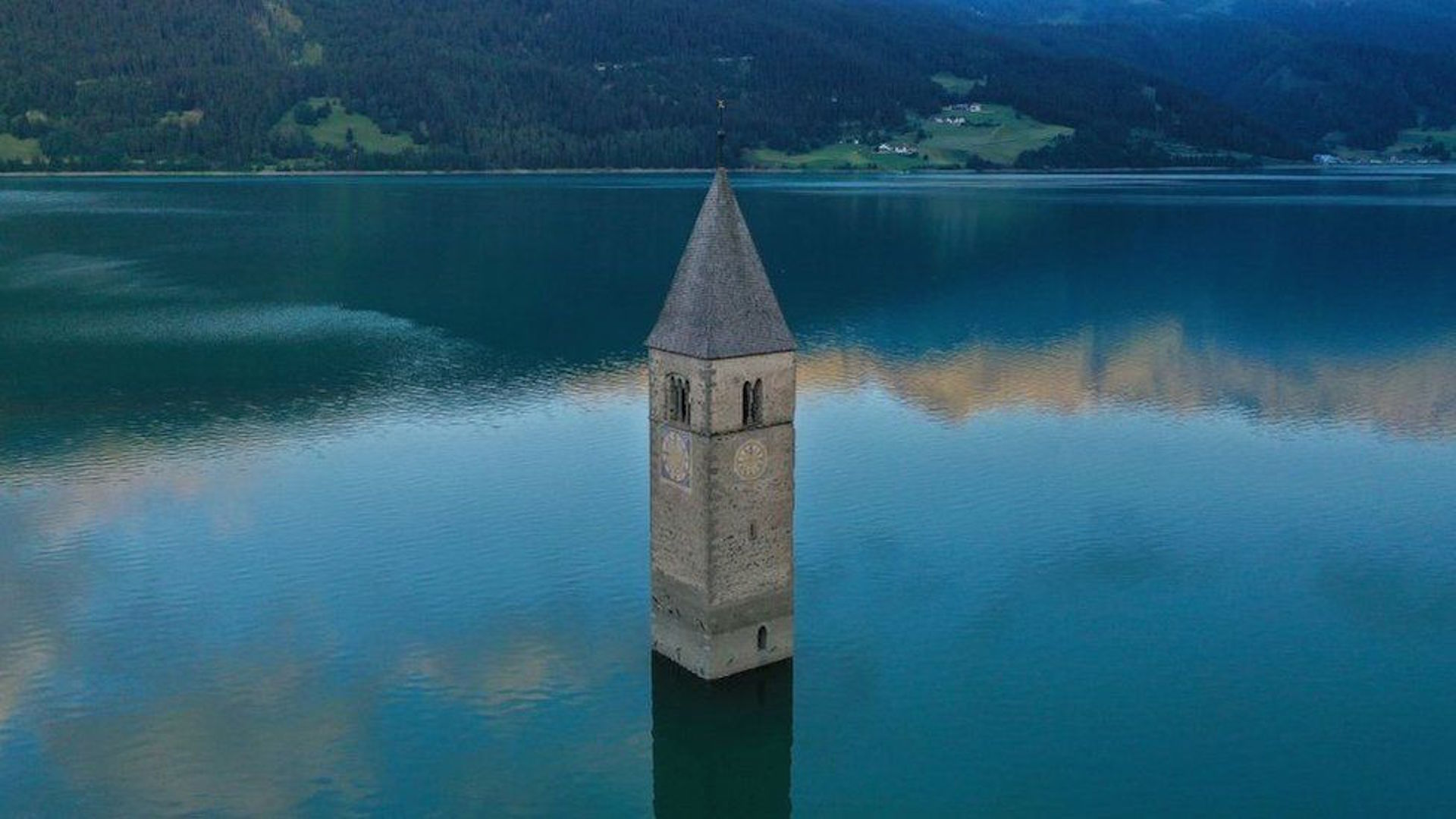 Lost village emerges from a lake in northern Italy

Ancient Cascais caves will soon be open to the wider public

The bell tower in the middle of Lago di Resia is all that remains of Curon, a mountain village in the Val Venosta valley of the Trentino-Alto Adige/South Tyrol region of Italy. In the late 1940s, the authorities decided to build a dam to boost the hydroelectric industry by making three lakes into one, so the inhabitants had to be evacuated to submerge the village. The sacrifice was practically useless, because soon after, the project was abandoned to look for other technologies.

Curon exists in real life, and is not a fictional scenario of the new Netflix thriller series, which many critics label as a poorly executed copy of another one called ‘Dark’ because, among other things, it also has its own cave.

According to the BBC, photographer Luisa Azzolini tweeted that it was a “strange feeling” to be walking amid the rubble of the former village. Azzolini is a resident of the region.

Curon is the same place where the Italian writer, Marco Balzano, places his novel “I’m Staying Here” (Resto qui), in which he reveals that Hitler became a kind of superhero among the locals by rescuing them from Benito Mussolini’s fascism, which forbade them to dress as they wanted and speak their language, German. About twenty families refused to leave and settled on the shore of that artificial lake. They built their houses and another temple. Now, Curon receives tourists both in summer and winter.

Il Campinale Sommerso, as the temple tower submerged under the emerald waters is known, is one of the attractions of Curon. In summer, above all, water activities are organized – from where the evil in the Netflix series emerges – such as kitesurfing and sailing. Swimming is also possible, although it is not for everyone, because of its low temperature.

On land, there are bike rides, picnics and hikes, and, in winter, it is touring the frozen lake and skiing in the mountains. Before reaching the small town, visitors will find a couple of factories, one chocolate and the other cheese, at the roadside, where they can buy high quality products. In the surrounding area there are a few small bars, small hotels and historical attractions to visit.