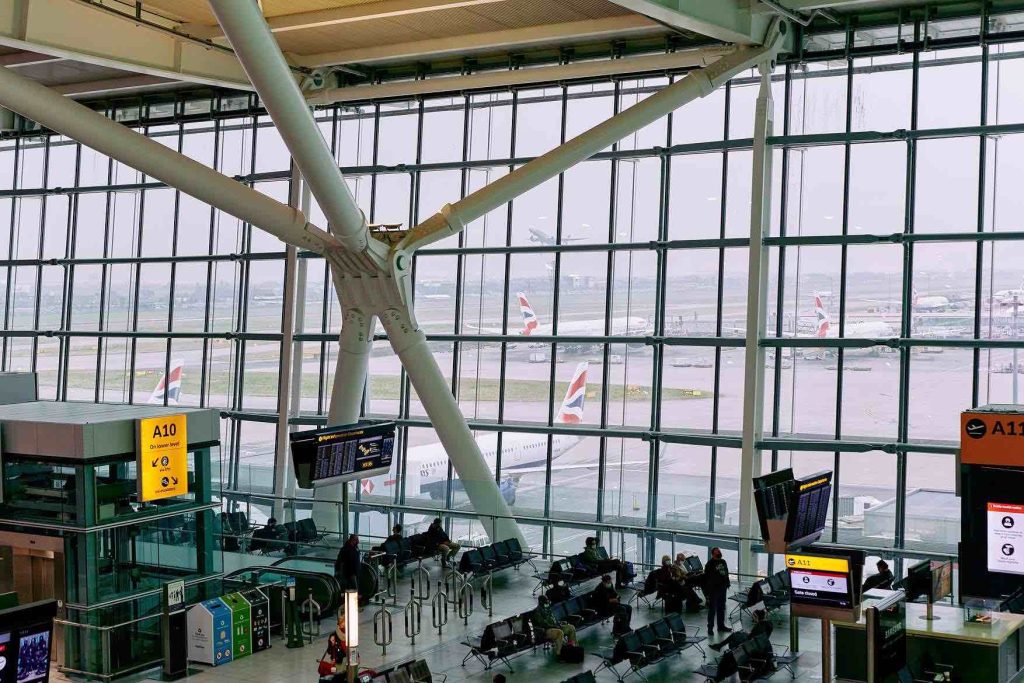 Today’s flights to and from London’s Heathrow Airport are canceled or re-timed “as a mark of respect” to Queen Elizabeth.

On Thursday, the airport released a statement to confirm that it would change the flights’ schedule “in order to avoid noise disruption” and ensure “quiet skies” during the queen’s funeral today. The changes to operations affect about 15% of the airport’s schedule and impact thousands of passengers.

In order to observe these moments on Monday, airlines will need to adjust their schedules accordingly, which will mean some changes to flights.

No aircraft movement will be permitted from 11.40 am to 12.10 am, to avoid noise during the two-minute silence at the end of the funeral. Additionally, flights will be halted also from 1.45 pm and 2.20 pm to ensure silence during the procession, and from 3.05 pm to 4.45 pm as the procession approaches Windsor Castle for the interment. Departures might also be reduced from 4.45 pm to 9 pm during the committal service at St George’s Chapel.

British Airways has canceled over 50 short-haul flights scheduled for today, while Virgin Atlantic has canceled four US flights to and from Heathrow Airport.

As a mark of respect for Her Majesty Queen Elizabeth II on the day of her State Funeral, we have reduced our schedule and re-timed some flights at Heathrow to ensure the skies are quiet at certain moments on Monday September 19th.

Passengers who have booked a flight affected by these changes will be contacted by the airlines.

The Airport has also decided to divert flights around Windsor Castle “to minimize noise during the private family service and interment.”

Several shops at Heathrow Airport will also stay closed today, which has been declared a public holiday in the UK.

Queen Elizabeth II’s state funeral will be held at Westminster Abbey and the Committal Service at Windsor Castle.