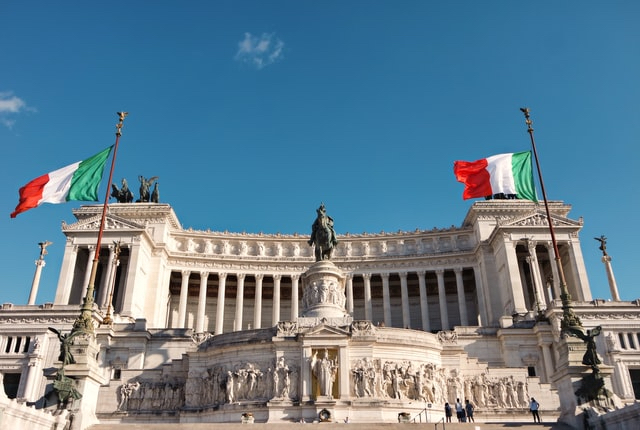 How quickly is tourism recovering from the pandemic?

On May 1st, Italy said goodbye to the coronavirus health certificate, or Green Pass, which will no longer be mandatory in places such as bars and restaurants, airplanes, trains, gyms, cinemas, swimming pools, hotels, parties, ceremonies, dance clubs, theaters, concerts or congresses.

The Green Pass does not disappear completely because until the end of the year it will be mandatory to work or access to hospitals and until May 31st to enter Italy. Italy had resorted to the pass as a tool in its fight against Covid-19.

“We should keep up the vaccine campaign, including boosters, and keep up behavior inspired by prudence: wearing masks indoors or in crowded places or wherever there’s a risk of contagion,” said Dr. Giovanni Rezza to the Associated Press. Rezza is in charge of prevention at the Italian health ministry.

Authorities in Italy have decided that until May 31st, for travelers arriving from abroad, it will still be necessary to show the certificate in its basic version, that is, to prove that one has been vaccinated, recovered or has a negative test.

But it is no longer necessary to fill in sheets of paper and documents with contact details, the so-called PLF (Passenger Locator Form), which until now was handed out on board planes, trains or ships when traveling to Italy from other countries.

The mask, however, will remain in the daily life of Italians, although less so, only in certain cases. Mario Draghi’s government intended to get rid of the mask in May but has finally extended it until June 15 in several areas.

The FFP2 mask will continue to be mandatory in all means of transport, both local and long-distance, from buses, subways, regional trains, high-speed trains, or airplanes. As well as in theaters, cinemas, concert halls or closed stadiums.

From May 1st, it is not compulsory to wear a mask in stores, shopping centers, supermarkets, bars and restaurants, public buildings, banks, museums, discotheques or hairdressing salons, although its use is “recommended” in enclosed spaces.

In both public and private workplaces, except in the health sector, the use of face masks will also be discontinued and is only recommended, although managers will be able to decide on alternatives.

On March 31st of this year, Italy left behind an unprecedented 790-day state of emergency, put an end to the classification of regions according to epidemiological risk and dispensed with the Technical and Scientific Committee which advised the Government on decision-making.