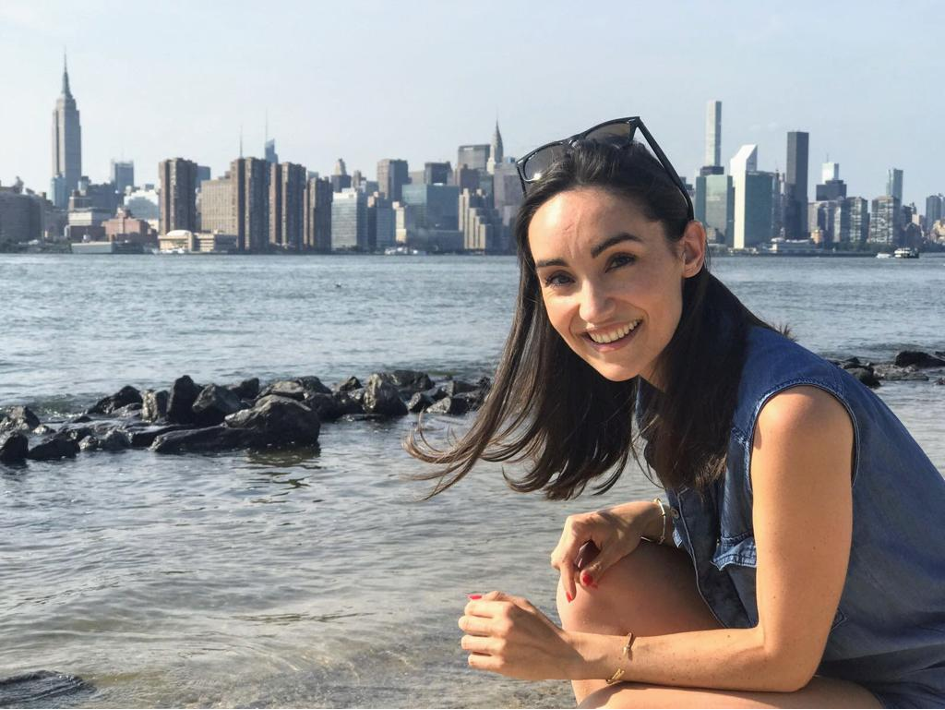 Impact of Covid-19 on expats: testimonials from around the world

A threatened paradise and a city of hope: Hulhumalé, Maldives

Mélissa has always been passionate about other languages, cultures and countries. That led her to take a long break and go on a solo world tour  in Latin America, Australia and Asia in 2019. In the last 7 years, her job as a Public Relations Officer for a diplomatic mission in Brussels has enabled her to travel regularly in Europe and deal with different cultures. In her free time, she loves yoga, films, salsa , reading and writing. She is currently studying a diploma in travel journalism and digital communication.

Expats have been affected by the pandemic whether they were already abroad, about to move to another country or travelling around the world. The closure of borders, possible job loss, long separation from their families back home and concern about healthcare systems in their host countries are some of the reasons which made them change their plans. Some decided to stay, others came back home and some even took an unexpected direction to adjust to the situation. They all have something in common: a strong resilience. Let’s follow some of them and see how they handled the pandemic in different corners of the world.

Some had been preparing their departure to start a new life in a new country for years. That is the situation of Hélène, a French woman who got her Canadian permanent residency at the beginning of 2020 and was planning to fly to Vancouver to start a new life in early 2020. When the borders closed in March, the instability of the situation made her postpone her departure to a later date. “Due to the economic instability and the sanitary risks, I decided to stay in France where we are privileged when it comes to social and healthcare systems. I believe you need to live abroad to realise how lucky we are”, she said. “I have also realised that I may not be able to go back to France in case one member of my family has health issues in the future because of the current travel restrictions. It is something I am worried about and that will affect my decision to stay there on the long term”. Today she has finally reached her destination and landed in Vancouver mid-December where she is going to develop her own business working in the dogs and cats care sector.

Then there are the brave ones who decided to look for a job abroad during the pandemic. Chloé and Matthieu both found a job in Copenhagen after a few months of research from France. “For the moment the job market is not favourable in France so we started looking for a job in Copenhagen last spring. It was not so difficult as all interviews are taking place via videocall, it just took us a couple of months” said Chloé. The couple had to interrupt their 8-month world tour in March and return to France because of Covid. They were planning to look for a job abroad after their tour and Denmark was high on their list. “Moving during the pandemic is not easy but the Nordics seemed to have a better management of the health crisis”, Chloé explained. With a proof of employment from their employers, they could travel to their new city in September but they quickly realised the difficulties they would be facing. “There are less restrictions in Denmark than in most countries but it is still very difficult to look for a flat and socialize, especially because we work from home. The immigration procedure is also more complicated as most administrations are closed and we could not take an exploratory trip to prepare our departure”, Chloé pointed out.

For those who were already abroad, many had to make the difficult decision of going back home. Déborah, a Belgian journalist who had been living in California for 3 years, decided to fly back to Belgium in March because she felt the health situation was not safe. “We decided to play safe and come back to Belgium temporarily because the borders were closing and there was a risk for us to lose our jobs due to the crisis”. After months waiting for the reopening of the US borders with the hope to go back, Déborah and her family decided to stay longer than expected and spend the school year in Belgium. “Staying here will give my son the chance to go to school (schools in the US are closed) and have a social life” she said. Deborah and her family have now applied for the green card so as to be able to go back to the US as soon as the situation improves. “We know that it was a good decision to go back to Belgium, it is where we can have the best quality of life right now”.

Unlike Déborah, Valérie-Anne, a Belgian expat in New York, has not considered going back to Belgium even if she has been impacted by COVID on a professional level. She is the founder of She for S.H.E, the community of French-speaking women in New York. “My organisation relies on a community of women who meet and help each other at events I organise. Since March, I have had to review my business model and switch to online events”, she explained. This year many expats who were due to arrive in New York could not travel due to the travel ban and that made her lose some potential new members. Despite the current situation, Valérie-Anne manages to see the bright side: “I am quite optimistic as this year has enabled me to move forward with the digitalisation of She for S.H.E and develop the network in other cities such as London, Paris and Los Angeles”.

The pandemic has not spared multicultural couples like Caroline and Matt, a French-Australian expat couple in New Zealand. They left their lives in New Zealand to go on a world tour in summer 2019 with the intention to settle down in France at the end of the trip. They had been traveling for 9 months when the pandemic hit in March.  “We were in India when the pandemic started in March and we could not fly to France at that time because the borders were closed and my boyfriend who is Australian could not have entered the country” Caroline explained. The couple decided to fly to Adelaide in Australia where Matt and his family are originally from. “We initially thought we would only stay in Adelaide temporarily and would move to France when the situation calms down. Unfortunately, it got worse, Australia does not allow its citizens to leave the country and the EU borders remained close” she says. As Matt found a temporary job, Caroline decided to apply for a partner visa that will allow her to stay in Australia in the long term.

Some couples like Morgane and César have even been separated because of the pandemic. This French-Argentinian couple was working on a cruise ship close to New Zealand when the pandemic started in March. In 24 hours, Morgane was sent back to France while César was flown back to Argentina without having the chance to change their flight tickets and fly together to the same location. The French and Argentinian borders being closed at that time, the couple was separated for months. After a long procedure to get the authorisation from the French authorities, Cesar was allowed to fly to France last summer. “It has been extremely stressful to be separated for months with the anxiety of having Cesar’s flight cancelled last minute”, said Morgane. The couple who was living in Argentina before their cruise ship job has now decided to stay in France as it would be too difficult to find a job in Argentina. “As long as we both have a job and live together, we are already happy. We try to enjoy every day as we do not know what the future holds. It is the journey that matters, not the destination”, she concluded.