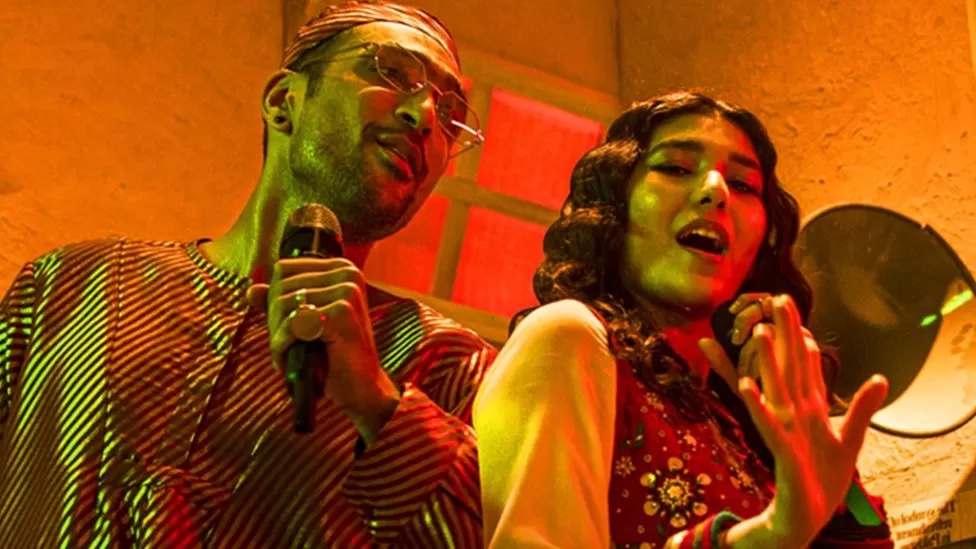 How Coke Studio is bringing India and Pakistan closer

Coke Studio, Pakistan’s longest-running music show, features performances by some of the country’s most popular artists. The hit song Pasoori, by Ali Sethi and Shae Gill, has been credited for reconnecting nations split by ideological differences. For decades, both nations have admired each other’s art and culture.

Coke Studio’s enduring popularity in India is reigniting the possibilities for renewed cultural collaborations. “Even Coke Studio Pakistan never imagined that it would get this much love from India – so much so that it became more successful than India’s own Coke Studio,” popular Indian composer Shantanu Moitra told the BBC. “I think that’s incredible.”

The love we got from Indian audiences is amazing. We were very lucky.

The Coke Studio platform was first launched in Pakistan in 2008 but the company has expanded it and now aims to connect emerging talent from around the world. Nadeem Zaman and Rohail Hyatt revolutionized the way South Asian music was perceived locally, and around the world. With a live-music format that uniquely blended traditional Pakistani music with west-influenced music, the show had started something unique, something that would offer hours of joy for millions of fans.

According to music site Thespace.ink, Zaman wanted to create a show that would resemble the concert-like performances in Brazil. The concept was handled by bassist, composer and musician, Rohail Hyatt, who was a former member of the immensely popular Pakistani band Vital Signs. The band had a key part in transforming the pop and rock scene of the country.

“Whenever a new producer took command, they put their own touch to the music. You got a different flavor every season,” Faisal Kapadia, Pakistani lead singer of Strings told the BBC.

The first season was produced with a live audience, while the subsequent were conducted in a closed studio. Hyatt’s plan for Coke Studio was to promote Pakistan’s folk, classical and traditional music by marrying it to more popular or mainstream music. “It was an exercise in how close we can be to the original, but also relatable to the west,” Hyatt told the BBC.

Indian and Pakistani artists had collaborated for numerous music and film projects, but political hostilities eventually filtered into the cultural arena, and Bollywood dropped Pakistani actors. Pakistan banned Indian films. Music on Youtube, it seems, has created a new way to bring people together.