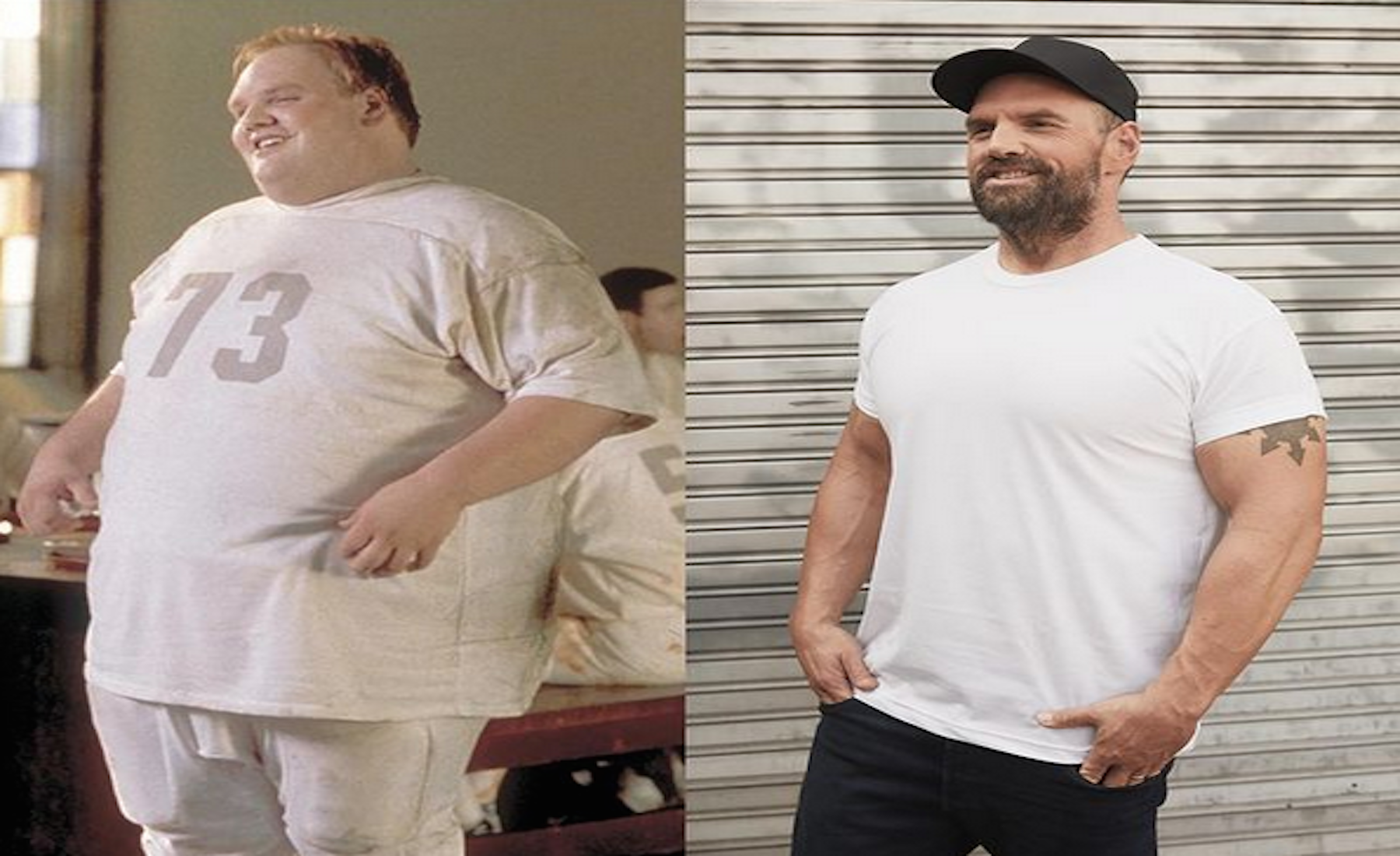 You may not know the name but you’ve most likely seen several movies where Ethan Suplee appeared as an overweight young man. That seems to have changed completely.

Suplee spent most of his 25-year film career in the background, mostly on secondary or supportive roles. He could have gone unnoticed, had it not been for the fact that he was a heavyweight. It was part of the charm of his characters. Who doesn’t remember the nice guy, Louie, in “Remember the Titans”?

He was only 25 when he appeared in the large production with Denzel Washington and Ryan Gosling. He was a violent Nazi in “Forbidden America,” a Gothic boy in “The Butterfly Effect,” and a broker in “The Wolf of Wall Street”. The excess weight had accompanied him for almost all his life. At 24, when he shone in “Remember the Titans“, he weighed nearly 225 kilos.

Two decades later, it’s hard to recognize him without the proper note to accompany the image: Ethan Suplee, actor. The layer of fat has disappeared, the belly too, and in its place appears a six pack of defined abs. His final goal is to reach 10 per cent body fat.

This was not an instant process. For a long time, Suplee resorted to sporadic diets to adapt to the different roles that were offered to him. The results were not satisfactory and mental and physical exhaustion were evident.

It was after the role in “My Name Is Earl” that he decided to change his strategy. Suplee justified it with his most recent obsession: cycling. At the same time, he followed a balanced diet and a routine of weight lifting.

“I even had nine percent body fat, but I rode my bike six to eight hours a day, six days a week. After two years of that, my wife told me: “Excuse me, honey, sorry to interrupt your routine but you can’t spend your life on a bicycle. You have to get a job.'”

Suplee eventually decided to put a stop to the weight loss when he narrowly missed a casting to enter “Chance”, the 2016 series with Hugh Laurie. The casting directors didn’t want him to attend the session because he’d lost a lot of weight. They had suggested his name for the part but said he was now too thin.

“I ended up gaining some weight again because I realized that being thin wasn’t everything they said I was,” Suplee said. “I convinced them that I was going to get bigger, I came back and got the part”.

The radical change in the figure made him realize that, unfortunately, few recognized him without the extra kilos. “I made the decision that I wouldn’t kill myself trying to get thin because nobody knows me that way. I ended up relaxing my diet.”

In 2019, however, he decided to set himself a challenge: to get himself a pack of well-defined abs where once there had been only flab. By late October, the results of a year of training were displayed without shyness. Suplee confessed that he had spent more than four decades ashamed to take off her shirt. Until that day. The images show the signs of a constant fight against obesity. “There are loose and hanging skins, there are scars. This is who I am”, he said.

Suplee prefers to put in perspective the obsession with weight loss. He bets on periods of harder training that help him stay healthy, but reveals that the most important thing now are the periods he dedicates to his family. He gives the example of his visit to McDonald’s with his 15-year-old daughter, and realized that she had never tasted the American chain fries. “We didn’t even finish the bag,” he said.