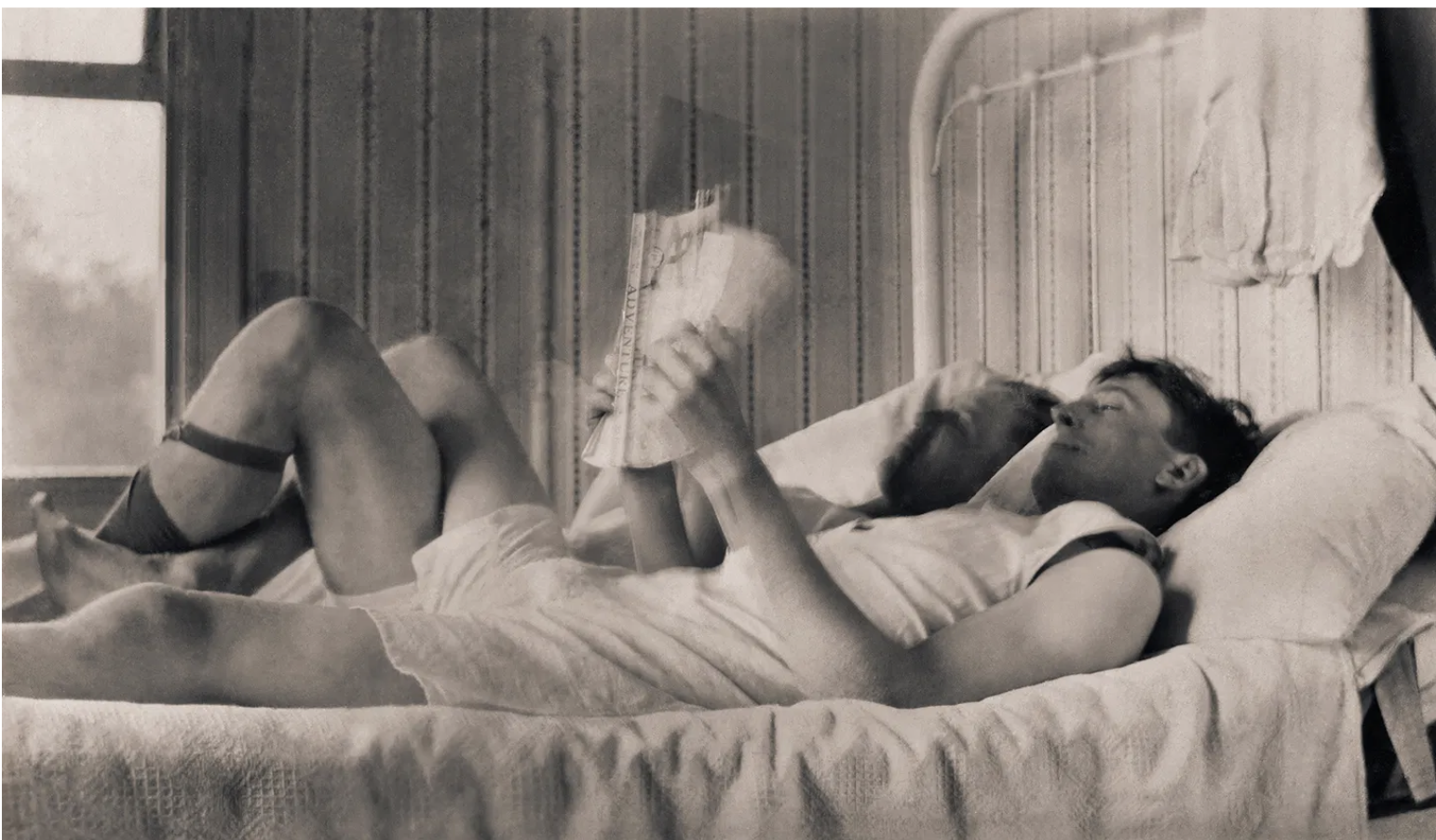 The 1850s were a difficult time for anyone who was gay. More than 100,000 service men were removed from the army simply because they were homosexuals. Society frowned upon people “practicing homosexuality”, and being gay was something that people had to hide. The term “the closet” became the modern metaphor for the images of shame, suffering, and hiding.

Hugh Nini and Neal Treadwell have put a marvelous book where images depict relationships between men in the period between the 1850’s and 1950’s. The result is Loving: A Photographic History of Men in Love, 1850s-1950s. Nini and Treadwell found an old photograph at an antique store in Dallas, Texas, and saw a unique opportunity. They wanted to know more about men like the ones appearing in the picture.

They began for these photos that spoke to them, that seemed to have a meaning waiting to be revealed. They gathered more than 3,000 photographs that they found in shoe boxes, estate sales, family archives, and flea markets. The collection includes daguerreotypes, glass negatives, tin types, photo postcards.

There was a lot of pain and suffering in the lives described in those letters. One writer described being attracted to a coworker who never liked him back. “I know I can live without sex since I have done so all my life, but very few men can live without love, and I am not one of these men.”

Others expressed disappointment with the gay communities in their cities. Visibility was a double edge blade back then: the lack of acceptance of gay individuals in the public eye implied that many letter authors were left to battle how to locate their own type of self-acknowledgment all alone.

Times have changed and most people are accepting of the gay community, but it is still a struggle for some in orthodox countries. Loving: A Photographic History of Men in Love 1850s-1950s, reveals lives that had remained silenced but that have found a way, at least in the form of images, to be fully expressed.