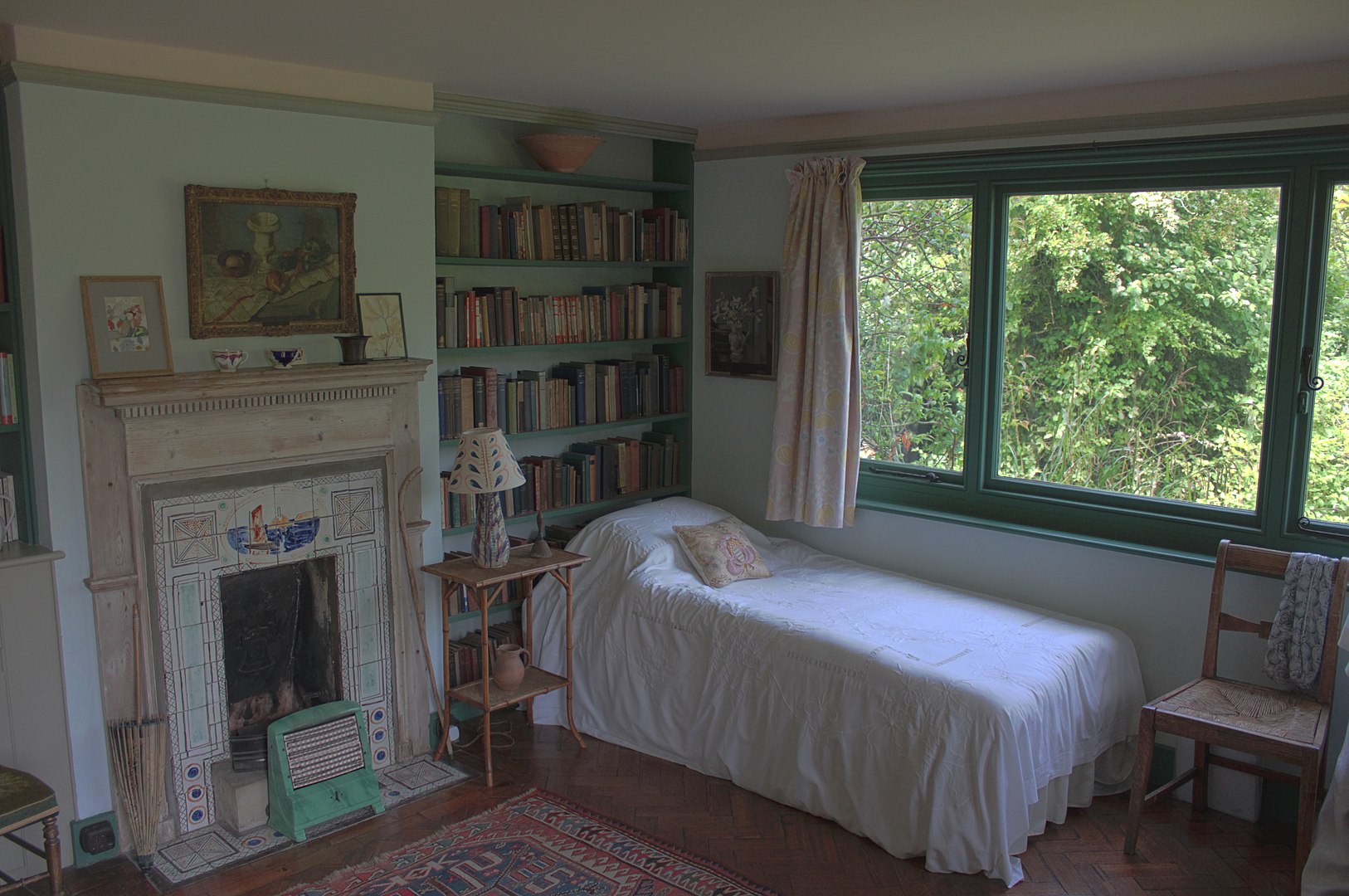 To visit a writer’s house is to glimpse the inner life of a creative spirit. Unlike musicians or painters, writers need no special equipment or environment, so seeing the tools and setting they choose to surround themselves with can be fascinating. Stepping inside a writer’s home, we can feel closer to the secrets and experiences woven into their manuscripts – even more so when the house in question is off the beaten track. With that in mind, here are five out-of-the-way writer’s houses to inspire you on your travels:

Virginia Woolf (1882-1941) is usually associated with London and the ‘Bloomsbury set’ (a group of Cambridge and Kings College educated intellectuals who focused on love, the Arts, and knowledge). But in 1919, Woolf and her husband went to auction to purchase rural Monk’s House. Situated in the beautiful Sussex village of Rodmell, Monk’s House is a 16th century, white weather-boarded cottage, with three-quarters of an acre of garden, an orchard and outbuildings. The Woolfs installed a hot water range and a two-storey extension. Red flagstones on the floor, Virginia’s favourite green walls, pottery and paintings give the sitting room a wonderfully tranquil Arts and Crafts feel. Photograph albums document the many visitors to the house, including E.M Forster and T.S. Eliot. In a small, wooden lodge at the bottom of the idyllic country garden, Virginia Woolf worked on many of her most famous novels. Visitors can also see a room that was added as she was writing her seminal essay ‘A Room of One’s Own’ – her ‘bedroom’, with its small bed and shelves holding her hand-covered works of Shakespeare. Interestingly, despite (or perhaps because of) Virginia’s description of the house as ‘a house of many doors’, her bedroom has no internal link to the rest of the house.

Perhaps befitting a writer who was fascinated by the darker side of the human condition, Horacio Quiroga’s house, in Misiones, Argentina has a powerful atmosphere. Uruguayan originally, Quiroga (1878-1937) visited the Misiones region with poet Leopold Lugones in order to explore Jesuit ruins and fell in love with the area. In 1906 he bought a farm on 185 hectares, where he lived over the years with two different wives, who both hated the place. Despite tragedies, failures and immense resistance from his family, he would return time and time again and raise his children somewhat eccentrically, leaving them out in the wildnerness alone overnight for example, to strengthen their character. Along narrow red dusty roads, surrounded by huge mystical bamboos near the river Parana, the site is not easy to find, but is well worth a visit. Although the original residential building burnt down and was painstakingly rebuilt by film producers, the house where Quiroga wrote is still intact, complete with typewriter, desk and camp bed. It’s also still possible to see the boat, called Gaviota (Seagull), that he built in the house’s workshop, as well as macabre items such as a collection of dissected butterflies and a snake that Quiroga killed and skinned himself.

With white shutters against warm ecru walls, an orchard, rose garden and wooded parks, it’s easy to see why George Sand (Armandine Aurore Lucille Dupin, 1804-1876) considered this place in the heart of France worth fighting for. Built on the grounds of a fortified medieval manor house (two of the towers remain), it was bought in 1793 by Sand’s grandmother, herself the granddaughter of the King of Poland. Sand lived there as a child with her grandmother, before being sent to a convent. Aged 16, she returned to nurse the old woman and finally inherited the house in 1821. Sand was married a year later to a man nine years her senior, had two children (for whom she planted two cedars that are still there) and later left for Paris with her lover. She then fought her husband for possession of the house, in a lawsuit she won, and summered at the house from May to November for the next thirty-nine years, visited by Chopin (another lover) and many other luminaries. After her death, she was buried close by in the family cemetery. These days you can visit the house nearly every day of the week, have a guided tour, and even attend the yearly Chopin-dedicated Nohant Festival (cancelled 2020).

Another writer raised by her grandparents is Lucy M. Montgomery (1874-1942). Fans of Anne of Green Gables can visit Montgomery’s Prince Edward Island birth place and the National Historic Landscape of Cavendish, where her Post Office home no longer exists, but the homestead fields it sat in, the neighbouring farm that inspired Green Gables, the lanes she walked and trees she dreamt and wrote under are still lovingly tended by descendants. Placards will guide you around the site, described by Montgomery as ‘hallowed ground’.

The home of African American poet, teacher, librarian, civil rights activist and gardener, Anne Spencer (1882-1975), can be visited between March and November by arrangement (at least two weeks in advance). The garden, created for Anne by her husband, and named Edankraal by taking parts of both their names, is free to visit at any time. It has been restored to its 1937 state, with an arbor and wisteria pergola creating two ‘garden rooms’ and a fountain head. Edward Spencer created a garden cottage for his wife, where she could write. The house, also designed and built by Edward, is an attractive Queen Anne style residence, filled with books and family photographs. Light and colour are used to great effect and inviting wicker chairs still sit on the porch. With a full bathroom on the second floor and four fireplaces, it was comfortable enough to welcome many distinguished visitors and was a cradle for the Harlem Renaissance. Spencer described the house as ‘born and evolved slowly out of passionate, poverty-stricken agony’. Recycled materials were used, such as unwanted sheets of copper from a downtown department store to make panelling, and bright red leather padded doors from a movie theatre to enhance the kitchen. Spencer’s writing has a surprisingly modern feel, dealing with race, religion and the natural world – her house and garden appearing often.

[Earth, I thank you]

Earth, I thank you

for the pleasure of your language

You’ve had a hard time

bringing it to me

to grunt thru the noun

To all the way