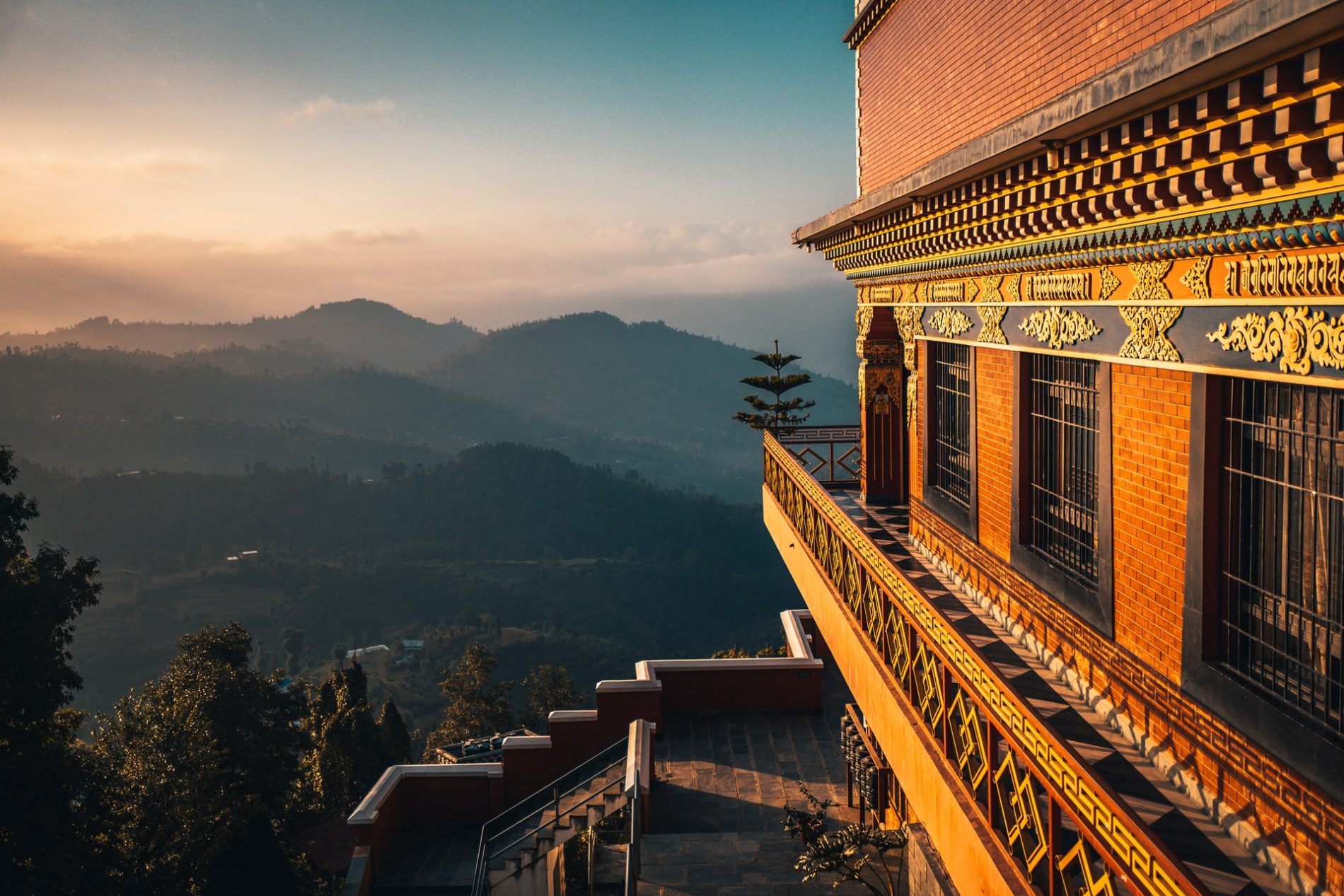 Spirituality has precious teachings for the daily living of the human being, for which it is indispensable to understand where we can feed on lessons that could be fundamental in our lives.

One of the destinations where this spirituality can be found is Tibet, where nature and spirituality come together in perfect harmony.

In the Himalayas mountain range, you can follow the most beautiful roads going through mountains and embark on a rail journey of the highest point in the world. Along the trip you will immerse yourself in the ancestral mystic of Tibetan Buddhism, discovering monasteries, palaces and stupas. Feel Lhasa’s sacred atmosphere, the “Place of the Gods” and bring unique memories of these experiences with you, as well as that of the majestic Everest, a divine symbol of the local culture. Diving in the teachings of Tibetan Buddhism is like rebirth.

The origin of Tibetan Buddhism

As we recall from the historical perspective, Buda Sakiamuni was an Indian prince who in the first half of his life was surrounded by comfort. Later, negative aspects that affected him profoundly started to appeared, among which disease, ageing and the fear of death. All of these made him see life in a new light and led him to become a monk and dedicate himself to extremely rigorous meditation practices that allowed him to reach the so called enlightenment, which he then started teaching based on his experience.

Everything started in the region of Sarnat, India, from where he spread the message of his first teachings, by introducing the Four Noble Truths. These lessons constitute the foundation of Buddhism for all those who wholly accept them.

What are the Four Noble Truths?

These lessons seek to demonstrate that all beings want to reach happiness and distance themselves from suffering. It should be noted, however, that joy and suffering depend on the causes and conditions of the Law of Cause and Effect.

To stay away from suffering, we need to know its causes, as well as whether it is possible to overcome them. For Buddhists, there is a continued transformation, and things do not happen by the will of a Creator but depending on causes and conditions.

To better dive into the deepest spirituality, go to Tibet.

Begin your trip in Xining, from where you can travel to the north of Amdo, one of the provinces of ancient Tibet that does not integrate the current Tibet Autonomous Region (TAR).

In Amdo, Tibetan culture strongly shows itself and stays preserved as in few other places. Tenzin Gyatso, the current Dalai Lama, was born here and the Tibetan nomads continue to migrate to this region.

Xining, capital of the province of Qinghai, has more than 2 million inhabitants and its cultural richness results from the ethnical diversity that converges here.

Along the road, we start to see the mountains of Amdo rise in the landscape.

Head south to explore the prairie of Ganjia. The Tibetan life is traditionally lived in the prairies. Later, it is time to visit the temple of Bon, the religion that existed in Tibet before Buddhism.

The natural beauty of Amdo will guide you to Xiàhé, a monastic city located at 2920 metres of altitude. This is one of places in the world where the monastic day-to-day life of Tibetan Buddhism is stronger.

You will feel surrounded by an absolutely mystic environment, created by the light from yak milk lamps and the monks that wander about to the rhythm of their daily routine. You will also feel fascinated by the grand doors decorated with the Tibetan symbol of the Endless Knot, all in a scenery framed by magnanimous mountains.

Day 3: Labrang: so many places to meet

In this spiritual area, the kora, a ritual in which you do circles around a monastery, starts at dawn.

This is one of the sites where you can easily connect yourself with the depths of the spirituality brought by this solemn moment. Join the monks in the morning prayers and you will feel an inexpressible peace.

Labrang is one of the most evoked monasteries in Tibetan Buddhism and where over 2 thousand monks inhabit today. Around it, many buildings give life to this emblematic place. From the chapels to the monks’ residences, the prayer halls, the tratsang (buddhist colleges or institutes) and the prestigious Institute of Tibetan Medicine, there are numerous locations to know.

Do not resume your journey without committing the sin of gluttony a little, and tasting the traditional yak yogurt prepared by the locals, while you do a short trek along the beautiful landscapes of Sangke.

One of the most important schools in the world, where you can find the famous Thangkas.
Thankgas are sacred paintings which originated in the 8th century and are a fundamental part of the artistic expression in Tibetan Buddhism.

Day 5: Lhasa, the heart of Tibet

Taking the train to Lhasa, will take you 22 hours on the rails that cross the Tibetan Plateau. Look at the mountains through the window and admire the nomad camps that spread across the green prairies for almost 2000 kilometres.

In the second half of the route, between Golmud and Lhasa, the trip will be almost always above 4000 metres of altitude. The highest point is Tanggula, which imposes itself at 5072 metres. The journey allows the body to get used to the slow rise in altitude and the trains offer good conditions for a comfortable acclimatisation. Later, the night will bring you a starry mantle to gaze at.

You will finally see Lhasa, standing from its 3940 meters, which is the heart of Tibet and the sacred center of Tibetan Buddhism.

Lhasa means “Place of the Gods” and here you will find some of the most important monasteries and palaces belonging to this culture. Many Tibetans go to Lhasa in pilgrimage, at least once in a lifetime to do the kora of the Jokhang temple.

This sacred and multicultural city has a lot to discover. Visit the Palace of Potala, which we will describe further on, and the Jockhang temple, the most important of Tibet, as it is considered the spiritual core of Lhasa and the great reference of Tibetan Buddhism for the followers of the faith all over the world. Wander about in the narrow but mysterious streets of the old neighbourhood of Barkhor, so full of secrets to tell.

Make sure you also visit the Sera Monastery where you will be able to watch the ceremony of the Debate, a fundamental event in the studies of Tibetan Buddhism. Here, monks gather in pairs and one of them inquires the other about a determined teaching – the apprentice studies it from all angles. There is a whole ritual involving this symbolic moment of apprenticeship. This is one of the three major monasteries and universities of the Gelugpa Order of Tibetan Buddhism.

We start our day in the Tsankhung convent (right in the heart of Barkhor, in Lhasa), where about 150 female monks reside. Morning starts with a prayer, accompanied by Yack Tea and the traditional bowl of tsampa, made from barley wheat and yack butter. The convent smells like the burning butter candles and pilgrims circle in the central part of the temple, offering butter so that the grand candles remain lit.

We now follow to one of Lhasa’s (and Tibet’s) most emblematic monuments: the imposing Palace of Potala, former residency of the Dalai Lamas. Built in 1645, the palace has over 1000 halls and over 10000 sanctuaries, as well as 200 thousand images. Before, it was a small city within the city, with chapels, schools, prisons and tombs for the Dalai Lamas. Nowadays, it is a museum of reference and an inspiration for both travellers and pilgrims.

This is the road that connects China to Nepal. Along its course, you will go through Kampala at 4797 metres of altitude, and the lap of Karo at 5050 metres. Peek at the Kagsang glacier at an altitude of 7206 metres. A small detour could take you to explore one of the three sacred lakes of Tibet, the Yamdrok Tso, the scenery will be unforgettable.

Day 8: The Everest: “Goddess Mother of the Universe”

For Tibetans, each mountain is home to a God, and, according to local belief, Everest is the address of Miyo Langsangma, one of the five goddesses of longevity.

After Gyatso La, the Everest will finally unveil itself. It imposes itself majestically between the range of the Himalayas. From the Friendship Highway, take an unpaved road to the Camp Base of the Everest, the place where the first expeditions departed to reach the peak of this mountain. On your way you will enjoy a magnificent scenery: the grand range of the Himalayas will appear in the horizon along with the grand mountains Makalu (8463 m), Chomo Lonzo (7816 m), Lhotse (8516 m), Nuptse (7861 m), Cho You (8201 m), Shishapangma (8013 m) and the inevitable Everest (8848 m). During the night, marvel at the Milky Way.

Day 9: Monastery of Tashilhunpo: do the Kora around the hill

Containing numerous buildings and stupas, this is one of the most impressive monasteries in our itinerary. Tashilhunpo was one of the temples least affected by the Cultural Revolution. You might opt out of doing the kora, and instead take the route around the hill where the monastery lies and enjoy the unique landscape that such altitude offers us. You will feel at absolute peace.

Because water is life and purification, you can dive in this lake of extraordinary beauty. It is the salted lake at highest altitude in the world, at about 4718 meters. It reaches 33 meters at its deepest point.

The water comes from the rain and the melting of the Nyenchen Tonglha, mountain range that surrounds the Namtso, which means “sacred lake” in Tibetan and, believe it or not, you will find your true essence when you walk here, where the extraordinary beauty that surrounds the lake will invite you to introspection and reflection. An extraordinary voyage that ends here, but which will no doubt lead you to a better knowledge of yourself and others, and to absolute spiritual serenity.