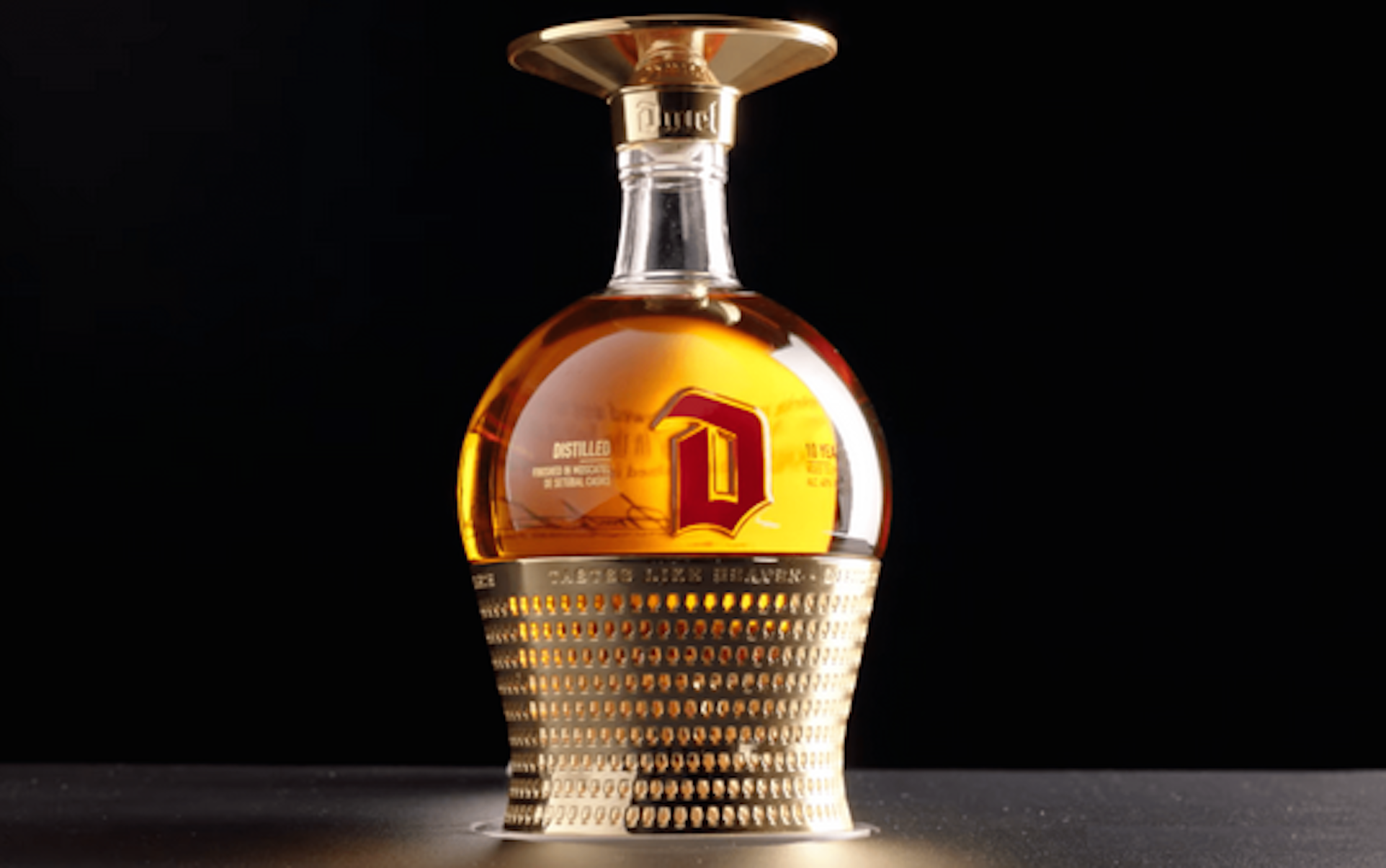 Duvel celebrates its 150th anniversary with an iconic-shaped bottle

Belgium’s Duvel Moortgat Brewery is celebrating its 150th anniversary this year with the release of a special brew called Duvel Distilled. The commemorative bottle will have the shape of the iconic Duvel drinking glass but upside down. This limited edition bottle will be available from mid November 2021 through beverage stores and Duvel’s own webshop.

This edition can safely be called an anniversary distillate: both in taste and looks, this version is unique and one-off. In order to ensure that each bottle is of excellent quality, only a small volume is offered

For Duvel Distilled 2021, a part of the basic Duvel brew was authentically distilled and then aged in oak bourbon and sherry barrels for ten years. As a finishing touch, the spirit was transferred to Moscatel de Sétubal barrels, producing a very specific taste and colour. This Duvel Distilled has a dark red – ochre-like colour and you’ll notice subtle, slightly fruity, nutty notes with hints of vanilla, toffee and raisins.

This festive year called for special packaging. That’s why Duvel Distilled has been given a unique bottle, available in a limited edition. The iconic shape of the Duvel glass forms the basis of the bottle and the red D also features prominently.

The sturdy bottle holder is inspired by Duvel’s full head of white foam and the foot of the Duvel glass has been transformed into the cap of the bottle. This Duvel Distilled will undoubtedly become a collector’s item, and will generate plenty of excitement among Duvel lovers.

We still have some other things in barrels, so we will be able to surprise in the coming years

For the brewery, the jubilee year was already kicked off in style with the launch of Duvel 6.66%, a mild, expressive and deliciously drinkable. No fewer than 6 different hop varieties are used for Duvel 6,66%: just like the classic Duvel, it’s based on the noble and exclusive hop varieties Saaz and Styrian Golding. The flavour is then balanced by adding four expertly selected hop varieties to the mix, which also involves the dry-hopping method.