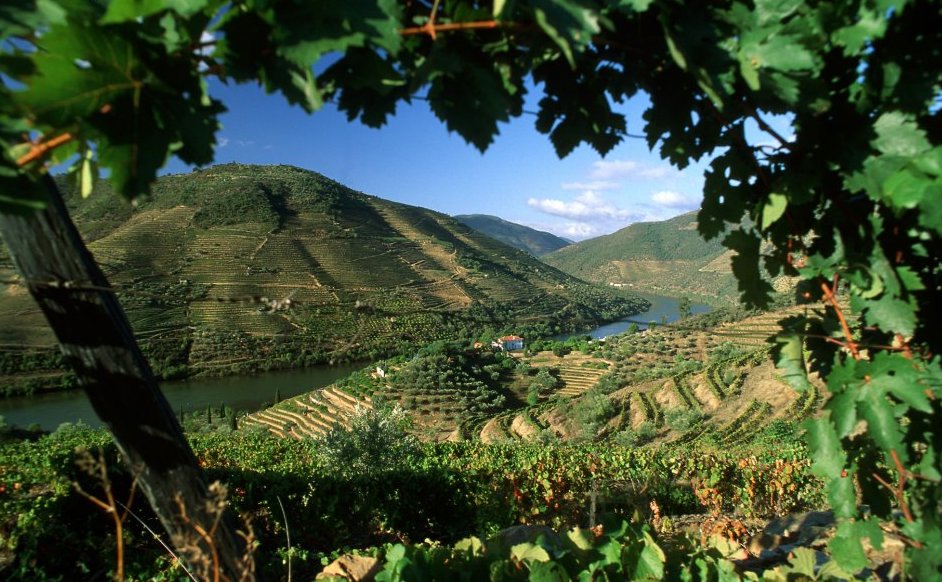 Boundaries were determined for the Douro Valley’s vineyards in 1756, making it the oldest demarcated wine region in the world, even though grape harvest and wine production goes back 2.000 years. Today it is a UNESCO World Heritage Site since 2001.

You probably are familiar with the famous bucket lists for travel aficionados, right? Places to see or to go before you depart from this world kind-of-thing. Well, Douro is precisely one of those places on Earth. It combines natural beauty, jaw-dropping landscapes with zig-zag roads, fantastic gastronomy, and world-class wines, including the famous Port wine.

Douro or Duero in Spanish means ‘Golden’ but it is quite reductive since this region has all sorts of colors and shades. Its source is in Spain, in a mountain area called Duruelo de la Sierra and it is quite impressive to see that this ‘natural tap’, drop by drop, gets to be larger than life. It is the third-longest river in the Iberian Peninsula as it flows almost 900km through Spain and Portugal until it reaches its outlet in Porto.

1. Touched by God, Forged by Men

The Douro Valley is the perfect combination between a natural wonder and a massive effort and energy expended by man in its transformation. All the iconic hillside vineyards that produce Port wine and its unique grape varieties were created in the region when flat fields ran out. So, in a way Douro is also the result of creativity and resourcefulness as well.

For centuries, generations of blood, sweat, and tears contributed by digging the soil, taking the massive shale out the ground and creating the walls and terraces that shelters the vines until today. Before the building of the dams, wine used to be transported downriver in flat-bottomed boats called ‘rabelos’.

The soil also plays an important part since it enhances the vines longevity and allows the production of colorful and sugar concentrated musts. Douro is divided in a few areas and each region has slightly different weather conditions, resulting in diverse altitudes and sun exposure but in general, the climate is dry, and the mountains protect the vines against the wind. There is also a high precipitation rate, which helps to fertilize the soils and increase the wine production.

The Cooltours Douro Valley Full-Day Tour  starts from Porto city center and goes upriver for an unforgettable road trip into the mesmerizing Douro Valley, located just 100 kilometers west of the city of Porto.

The first stop is at one of the several viewpoints in this region. One of them is on the top of the mountain São Salvador do Mundo. It is an unbelievable sight overlooking the Douro river and its famous railway entering a very narrow gorge.
Another favorite is Casal de Loivos, not far from Pinhão, famous for having one of the most beautiful train stations in the world, decorated with white and blue tiles. A perfect location to sit and just feel the tranquility. The nice and quaint villages around, people working the land, the train that occasionally honks which resonates throughout the valley… time just slows down and synchronizes with the rhythm of nature.

Douro Valley is known primarily for Port, a sweet wine that has been produced for two thousand years. The Alto (upper) Douro, also known as Douro Vinhateiro is dominated by big placards on the hillsides bearing the names of famous Port producers such as Cockburns, Taylors and Sandeman.

However this region ‘hides’ several local producers with outstanding red and white table wines. During our tour we pay a visit for a tasting of some of the best nectars this region can offer, along with some local delicacies like ham, olive oil and honey.

Tasting a wine can be a powerful experience, but nothing compares with having a glass of Port or a Douro wine, while seeing the river and the terraced vineyards on the hill sides. You will realize that everything you need is in that moment: the feeling of good food, good vibes, and good company.

After lunch we offer the opportunity to get a view from the river. It is a unique way to admire the Valley and its landscapes while following down the river.
On hot summer days the cruise is perfect for basking on a sun deck, while feeling the freshness of Douro waters and fruity scents from the hillside vineyards.
The cruise lasts for 50 minutes and will allow you to see this region along with the relaxing pace of the Douro River.

5. The Wine Tastings and The Return Home

During this wonderful day at the Douro Valley with The Cooltours you will have the chance, not only to learn about the region, its people, and the wine production but also to taste several different wines locally produced.

While in the morning we dedicate our wine tastings to the AOC Douro Wine (red, white and, in some cases, rosé) in the afternoon, after the relaxing river cruise, we will guide you through the Port Wine industry.

A visit to a small Port Wine producer, where you will be able to get to see the winemaking process, the cellars and why this such a strict industry in terms of quality, will be the cherry on the top of the cake. You will taste several different Port Wines, accompanied by the producer or the family representative, where they will guide through the wonderful world of aged wine and the differences that exist between the Ruby, White, Tawny and sometimes Late Bottled Vintage wines.

Tourism in Santarém is on the path to growth