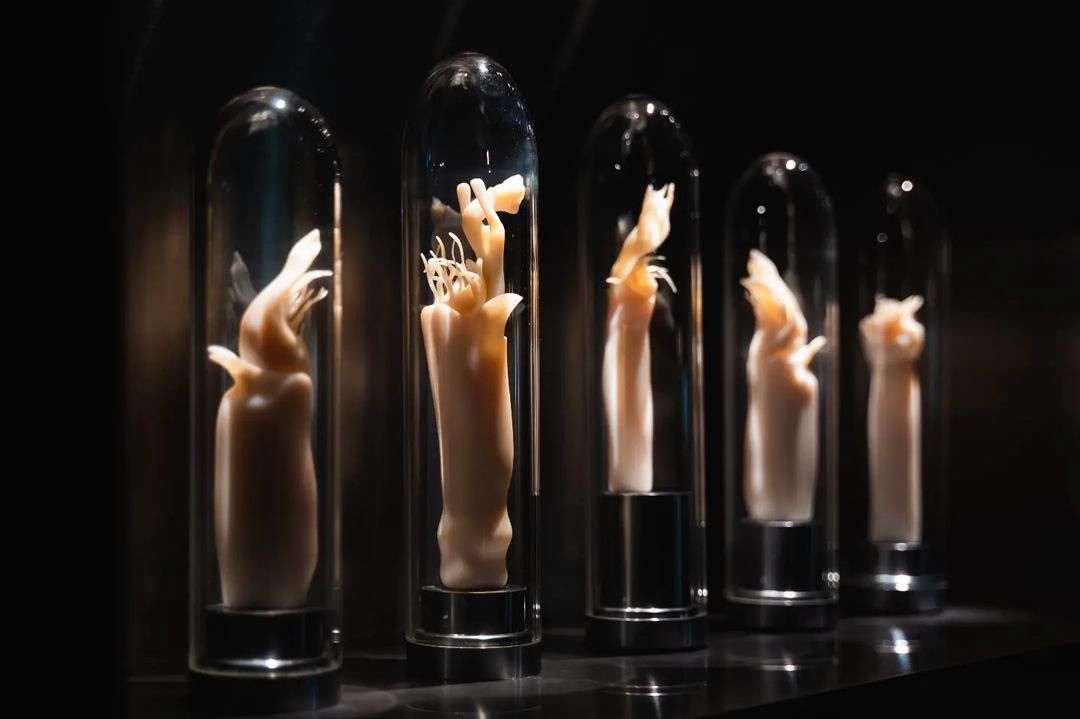 Specially commended during European Museum of the Year Award 2022, Ghent University Museum (GUM) is a new science museum pleasantly situated at the heart of the city’s Botanical Gardens, next to Citadel Park, just a 10-minute walk from Gent-Sint-Pieters railway station. GUM aims to bring the history of science and contemporary research together, and its latest exhibition, running until 8 January 2023, is certainly arousing interest.

Baldly named ‘PHALLUS. Norm & Form’, GUM’s first major temporary exhibition invites us to discover how scientists and artists have explored… the penis. From the role of distinctive penises in helping to classify different species, to how far the penis controls reproduction, to the development of sex toys, there’s a whole netherworld of scientific questioning and artistic representation to explore.

This sensitive subject is handled admirably. The aim is not to titillate, and the exhibition does not go for cheap laughs. It does not have to. Let’s face it, the penis is amusing – and vulnerable – enough by itself. In a modern space where low lighting creates a warm, hallowed feel, visitors move gently among cabinets and models displaying eyebrow-raising anatomical models and instruments.

Ancient megaliths and beautifully illustrated historic tomes show how the penis has obsessed inquisitive observers for centuries, and how this obsession continues. On one interactive display, you can spin the globe and find out where the greatest deviations from ‘normal-sized’ penises are. Don’t miss the 33 blue phalluses used by American researchers to determine the ‘ideal penis’ size for sex. See also the 3rd and 2nd century models of foreskins, offered to the gods of healing by men suffering with foreskin afflictions.

The exhibition doesn’t fail to acknowledge the relative lack of research into female genitalia. Kits are also being created around young adult topics, including gender, sexual identity, and what is ‘normal’? A series of talks and salons and workshops will be taking place. Citizen science is also encouraged: interactive posts invite visitors to provide anonymised data, and via digital apps you can take part in ongoing research into sexual identity and penis envy.

Indeed, GUM’s work in promoting scientific literacy is one of the things it’s winning accolades for. The permanent exhibition complements PHALLUS perfectly, illustrating aspects of a ‘scientific mindset’, with sections such as MEASURING, DOUBT, IMAGINATION, and KNOWLEDGE. Here I was particularly taken with the uncanny beauty of pastel pink flatworm specimens dating from 1758, pressed between glass like art nouveau oeuvres. I also loved a puppet of the god of stories and knowledge.

From the museum’s staircases, you can see the chessboard divisions of the Botanical Gardens next door. Museum visitors can also access the attractive glasshouses which host unusual and exotic plants, like the giant phallic plant Titan Arum (Amorphophallus titanum), grown from fruits that had been sent from Sumatra. When it blooms it has the largest unsupported inflorescence in the world. Everyone is of course hoping it will flower during the PHALLUS exhibition’s tenure, but if it doesn’t, never fear, the glasshouses’ fragrant and tropical atmosphere are still pleasure enough.

Outside make sure you turn and check out the ROA mural on the museum walls.

ROA is one of the world’s top street artists and his black and white animals are internationally recognisable. Here you’ll see the skeletons of an elephant, a bear, an okapi and a rhino. Why not settle down for a picnic beside the ponds and under their bony and envious gaze?