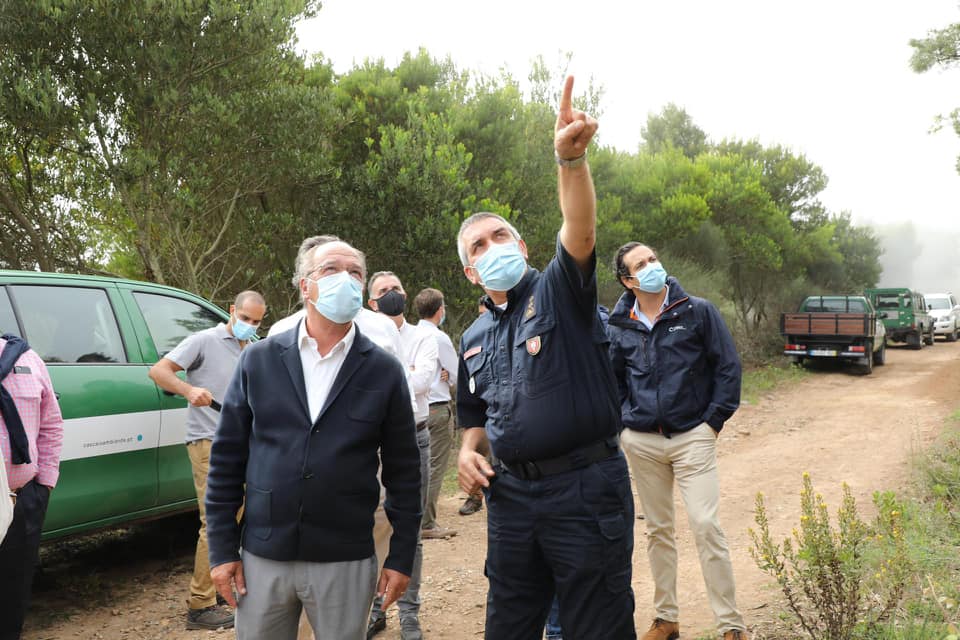 One step towards the TEE 2.0: New night trains will connect Europe in 2021

When in January 2020 we started to receive the initial information on what was going on in China, the scenario was seen as something far away that would never reach Europe. In February, when the Covid-19 pandemic hit countries like Italy and Spain, we started to realize that it would finally get here.

Portuguese Cascais, was one of the cities that most quickly reacted to the pandemic, through strategic planning, management of resources, time, and people. Its Mayor, Carlos Carreiras, brought together advisers in the military field, epidemiological experts and engaged in important logistical aspects to fight the health, economic and social crisis. Cascais was the first council to receive an airplane with personal protective equipment, and is considered an example of good practices at an international level, yet Carlos Carreiras, says that “even today he regrets because we woke up late to the problem.”

Carreiras characterizes the situation as “a butterfly effect”, in which, a butterfly can flutter its wings on the other side of the world and cause a storm somewhere else on the planet. In this regard, he quotes the Nobel Peace Prize Mohamed Elbaradei: We are either going to win together, all of us, or we are going to fall separately.

1. Cascais is now a case study at an international level with regard to pandemic. What are the strategies?

In fighting the pandemic we were the ones who reacted first, due to the shortage of protective individual equipment. In March, only China had them available. The first concern was to manage very well three resources: economic, time and human.

Of the 3 crises linked to the pandemic: health, economic and social, in the last two, we already had experience due to the crisis that Portugal faced 10 years ago, but for the current one, which has been brutal, not even the scientific community was prepared. We have networks of institutions created in the past, that were a central response. Cascais is the fifth largest council in the country, we have a responsibility to be inspiring.

My generation lived May 68, I thought I would be able to change the world. Today, the youth of Cascais that work with us, are aware that changing the world is an utopia, but they know they can change our streets, our council and our country.

2. What supportive measures have been taken?

The virus in Cascais entered though the wealthiest social classes, who had gone on a snow holiday, but we had to act in the less privileged neighborhoods where the density of occupation of the homes of the poorest is a problem. We created the Covid Bus, which travels to places with less access to health support, and gives support in this fight against the Covid-19. It offers information, free masks, teams of psychologists and social action, and also teams that went to identify dietary needs because there were people with a partial and total loss of income.

Before the pandemic, we supported 1000 families and now we support 4500. In the meantime, I launched yet another program that will allow supporting 1500 more families, which is equivalent to 10% of the total population in Cascais. The social crisis is stronger than the health crisis.

On the other hand, we turned the congress center inside out, we provided the facilities, equipment and human resources from the city hall and reinforced the inquiries made to the patients, in order to break any transmission chains.

3. How did the pandemic affect Cascais, from local businesses to hotels?

This pandemic is democratic, it attacks the poor and the rich, but it is selective in the sectors when we enter the economic area. Digital companies, for example, have increased turnover, but there are sectors that are very affected, such as aviation, hotels, restaurants, and commerce.

In Cascais, hospitality was the sector most affected with 8 closed hotels and others with occupancy around 20%, but it is believed that investments will be resumed. Numbers less bad than those in Lisbon. The Tires airport benefited from being dedicated to executive aviation because it provides other guarantees of health protection and sanitary safety to passengers.

Together with the Cascais Business Association and the Cascais Tourism Association, we set up teams to help entrepreneurs, giving them advice on how to benefit from the support that comes from the central government. We made the public space available and exempted all fees. We also tested hotel and restaurant staff as a safety measure for those looking for us so that the occupancy rate would not drop further. We want to gain stronger levels of confidence. This determines how tourists look at Cascais.

4. What conclusions did you draw from the results of the serological tests?

Serological tests have two aspects, health in terms of results and combating the social pandemic. Cascais has 214 thousand inhabitants and the tests were made available free of charge to all residents. 75 thousand wanted to be tested and it was found that 4% were in contact with the virus, against 96% who were not. There is now a higher percentage.

5. Cascais bets on sustainability, in what way?

The pandemic affects municipal funds: less revenue, and more expenditure, so one of the options was to establish a set of economic and financial strategies, but Cascais has solid accounts and has not discontinued any public investment.

We have free bus transport and we maintained this policy, there is a set of investments in the sustainability of natural resources that are maintained, taking into account that one-third of the territory is natural, and 30% is offshore. Some investments were reinforced because these natural resources are attractive in quality of life, in terms of hotel demand, temporary or permanent home.

Nature returned to places that it had abandoned long ago. Cascais was no exception, the biodiversity of fauna and flora increased.

6. Do you think we are heading towards a technological revolution?

Before the pandemic, we were making a complete switch to digital with the aim of improving efficiency within the city hall and improving proximity to our citizens. We are considered to be the best municipality in Portugal that bets on smartcities and this is based on a technological development that has been increasing in the territory.

Many say that we are in a period of transformation, I think that we are in a disruptive period, there is clearly a rupture and we are on the way to a new world that we largely do not know. Alvin Tofler, the man from the Third Wave, said that if the people of New York were to work in teleworking and didn’t need to move, it would make the United States of America independent of resources like oil, across the country, the same oil that had caused wars that killed many people.

The digital capacity and teleworking will allow to save travel, consequently fewer carbon emissions, and to fight against climate change that has already emerged. The pandemic has accelerated a new world, we must be more sensitive globally. The new world cannot be the same as the world we lived in a while ago.