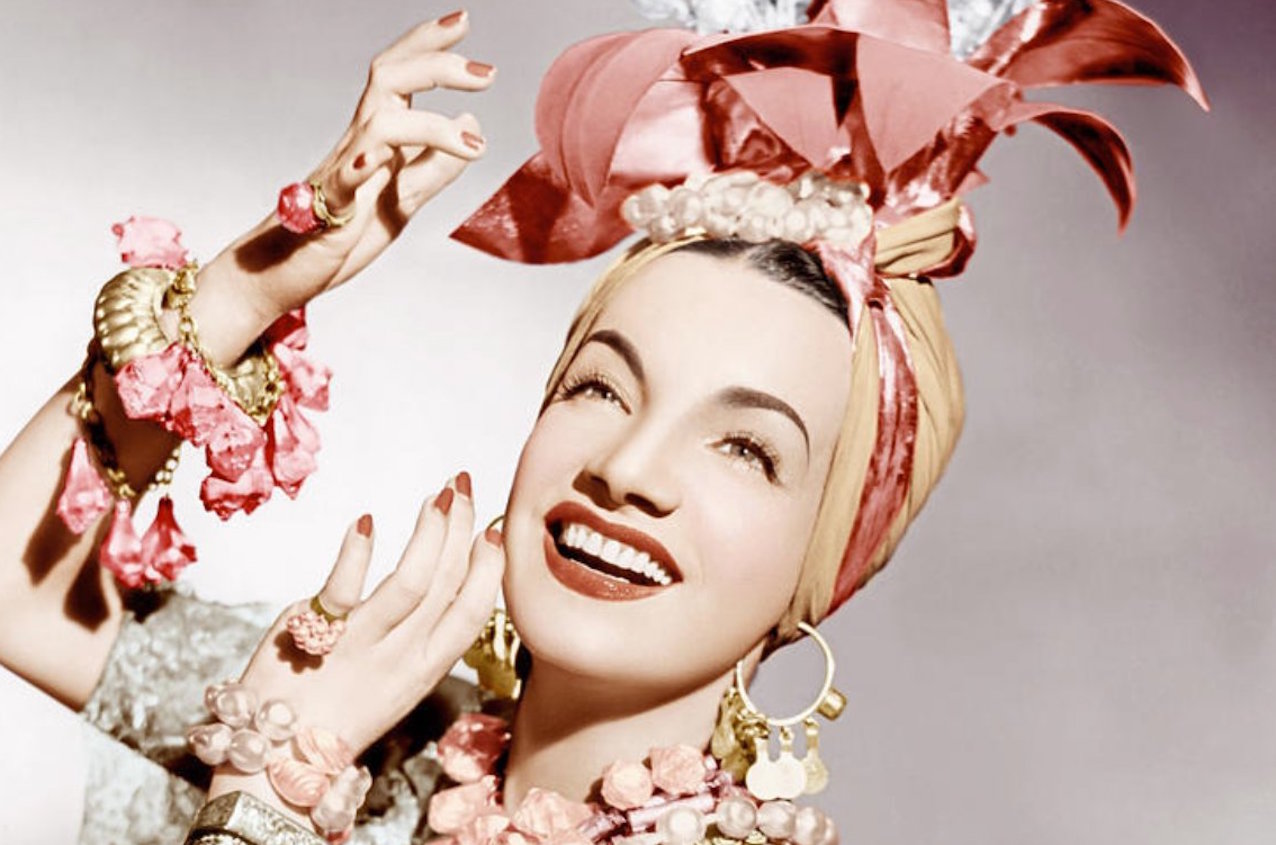 Carmen Miranda: The lady with the tutti frutti hat

Viruses: What’s in a name?

Carmen Miranda, the extravagant and energetic lady with the tutti frutti hat, is a Portuguese-born actress and singer who became one of the biggest icons in Brazil. Maria do Carmo Miranda da Cunha – so is her original name – was born on 9th February 1909 in Marco de Canaveses, Portugal. The small Portuguese town is situated in the municipality of the Porto district, in the Northern part of Portugal.

On December 17th, when Miranda was only ten months old, she moved to Rio de Janeiro, Brazil, with her mother, Maria Emília Miranda and her sister. When Miranda moved to Brazil, her father, José Maria Pinto da Cunha, was already in Rio with Miranda’s four brothers.

During the 1920s, Carmen helped her mother in her inn, which was often frequented by local deputies and artists. One day, during one of her exhibitions at the inn, Miranda was discovered by the deputy Aníbal Duarte, who later introduced her to the musician Josué de Barros.

In a short time, she was invited to perform on the radio. In 1929, after a few performances, Josué de Barros spurred her to record two songs (“Não vá simbora” and “Se o samba é moda”); however, both songs did not have much success. Her popularity started to arise with the album “Pra você gostar de mim (Taí)”, which was played in various Carnival’s parades throughout Brazil and became the greatest success in the Carnival of 1930, selling around 35 thousand copies.

After the release of this album, her fame started escalating. She traveled all over Brazil, and also to Argentina, Uruguay and Chile. She was known with several nicknames, such as “Pequena Notável” (Little Remarkable), “Embaixatriz do Samba” (Samba Ambassador), “Estrela Máxima” (Maximum Star), “Rainha do Samba” (Queen of Samba), “A pequena do It” (The little do it), and “Ditadora Risonha do Samba” (Samba’s Giggle Dictator). In the 1930s, she was already the most famous recording artist of the country, where she appeared in five movies.

Even in fashion she started to be a reference. She was particularly admired for her extravagant, original and self-made costumes, which were constantly published in magazines and copied by fans. With her flamboyant figure appearing in stores’ windows in New York City, Carmen revolutionized the standards of fashion, becoming an example of elegance and exuberance. Her style was inspired by the “baianas” traditional clothing, characterized by an excessive use of jewelry and turbans.

In 1940, she made her American debut in Down Argentine Way, directed by Irving Cummings. In March 1941, she became the first Latin American artist to have a gold star on the Hollywood Walk of Fame. Throughout the years, she became known as the “Brazilian Bombshell” or the “The Lady in the Tutti-Frutti Hat,” due to the role she played in Busby Berkeley’s The Gang’s All Here (1943).

During World War II, she became the highest-paid female performer in the United States. She made her final Hollywood film appearance in Scared Stiff, a movie released in 1953 and directed by George Marshall. Between 1941 and 1955, Carmen traveled to Europe, Canada and Cuba and participated in thirteen more movies.

Carmen died on August 5, 1955, but her spirit is still alive in the joyful Brazilian popular music, which she made famous around the world.