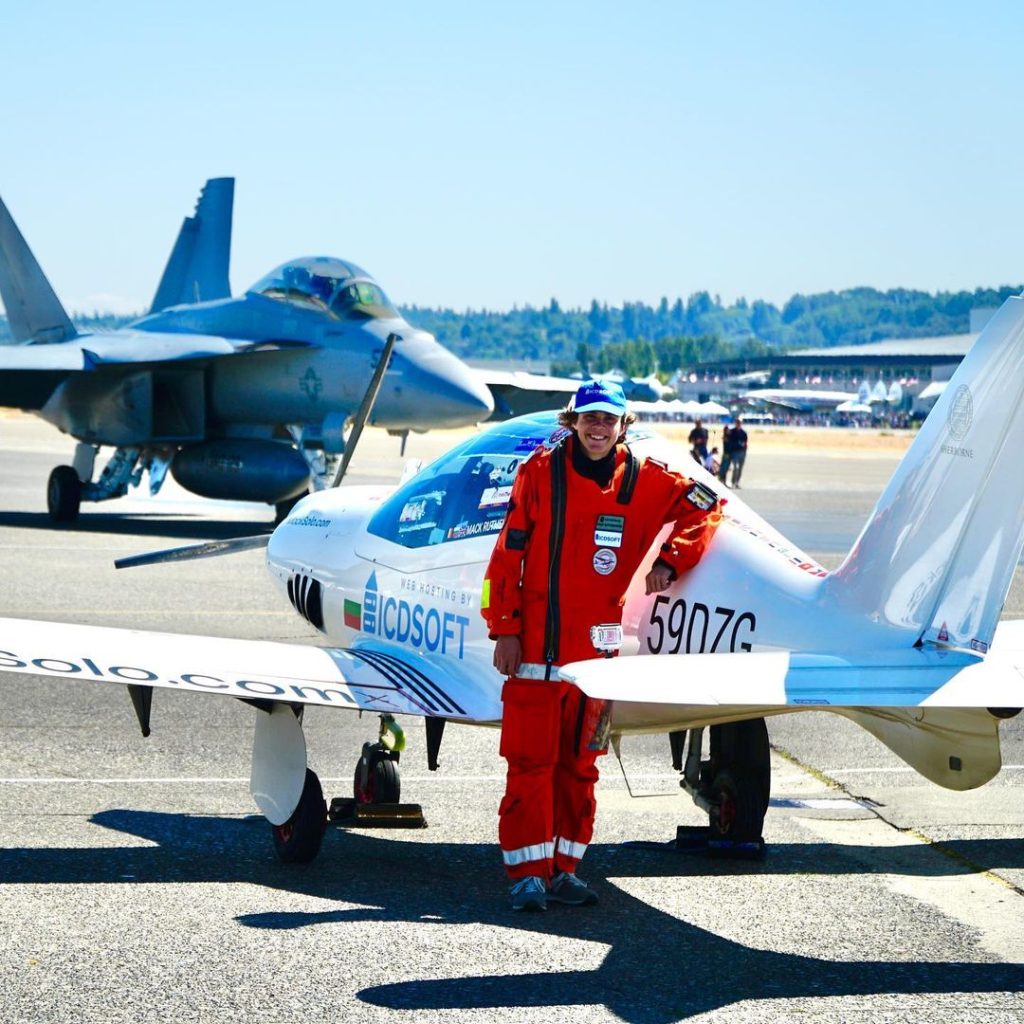 Ambassador Baimukhan: “Kazakhstan has a lot to offer to Belgian tourists”

Mack Rutherford, a 17 year old Belgian-British teenager, landed in Bulgaria on Wednesday afternoon, becoming the youngest pilot to fly solo around the world. After a journey of five months and one day, his plane landed at about 4:00 pm (3:00 pm BST) on the runway of the small airport of the city of Radomir, an hour’s drive from the capital, Sofia.

Suit of aviator and long hair curled under his blue cap, the frail teenager stemming from a lineage of pilots confided his joy, while regretting to have arrived at the end of this “fantastic” voyage, marked by an “absolute feeling of freedom”.

I want to show that young people can make a difference, follow your dreams.

More than 54,000 kilometers traveled in 221 hours, 30 countries on his counter, Mack had to face temperatures of up to 48°C throughout many adventures, not to mention the many hours waiting for overflight clearances.

He was forced by a strong wind to land at the end of July in Attu, an uninhabited island in the Aleutian archipelago, west of Alaska. He found his food soaked with fuel and had to make do with chocolate cakes, said his parents and sister, who were there to greet him.

“This kind of trip requires a lot of control at all levels, you have to be able to control your emotion, your stress,” explained to AFP his mother Beatrice de Smet, who had had difficulty accepting his departure.

Even before departure, preparations had been disrupted by the war in Ukraine and his route changed. Instead of flying over Russia, Mack Rutherford diverted south through Pakistan, India, South Korea and Japan before flying for 10 hours over the Pacific Ocean to reach the United States. “The most difficult stage,” he said.

He has been an aviation enthusiast since he was a child, and on arrival he received a certificate from Guinness confirming that he had beaten the record set last year by 18-year-old British pilot Travis Ludlow. He also distinguished himself by accomplishing this feat on board an ultra-light aircraft, taking the record for earliness from his sister, Zara.

Rutherford went down in the Guinness Book of World Records after beating the mark set by aviator Shaesta Waiz in 2017 at the age of 30.

I’ve been keeping busy, I’ve been applying to universities and keeping the plane ready to go.

Raised in a family of pilots, Mack first took control of an aircraft at the age of seven, and became the world’s youngest pilot when he was only 15. He broke the Guinness World record previously held by his compatriot Travis Ludlow, another young pilot who was 18 when he became the youngest person to fly solo around the world in a single-engine aircraft in July 2021.