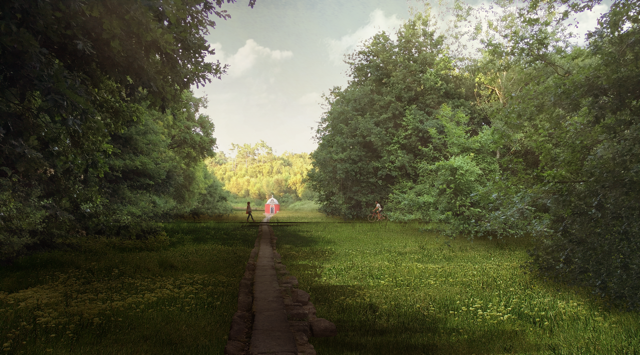 What makes Orlando a smart city?

Meet Melissa O’Shaughnessy, the photographer who captures the essence of New Yorkers

The Sete Fontes is a significant set of springs that form a hydraulic system from which, over several centuries, the city of Braga was supplied with water. Sete Fontes stands out for the combination of heritage goods, Baroque art of its Mães de Água, with an 18th-century hydraulic technique.

The transformation of this national monument into a 90-hectare complex has involved almost 3.5 million euros of public investment.

A slice from Minho landscape that enters the city of Braga.

Miguel Bandeira, councillor of the City of Braga

The work promises to change the life quality of citizens and attract more tourists. The 90 acres are inspiring, being divided between 30 acres of public green parks, 30 of private forest area and 30 for the urban built-up area, with the creation of plazas, buildings, and routes.

The main transformations were made to preserve the national monument of the Sete Fontes complex, as well as to adapt the surrounding area with this hydraulic complex. The plan was unanimously approved by the local authorities and there was an agreement between balance and the necessity of the project. Miguel Bandeira reinforces that “the park should be the central place for communication routes, also increasing the balance between the built areas and the green park area that will be much appreciated.” The planning that will regulate the relationship of commitment between the private sector interest and the public interest is still being approved.

An urban area will also be made to make the park a more beautiful and safer place. The main goals of the surrounding urban area are to give value to the environment as a whole, regenerating a less qualified area of the city in terms of the urban mesh and the present buildings, while at the same time designing the park’s entrances. Access is through public paths and walkways, and accessibility will be a key factor since one of the entrances allows easy access to the Escola de Ciência Médicas and the new Braga Hospital.

2. Sustainability: Reducing the Carbon Footprint will be a Reality

Parque das Sete Fontes is a project focused on sustainability. So many green areas of the city will improve the quality of life of citizens, helping to decrease carbon footprint while increasing oxygen levels. The project seeks to expand nature in an area of the city that already has a high heritage, environmental and landscape value. The relationship of the park with the city, through pedestrian and cycling links to be designed, will ensure and promote other more sustainable modes of mobility in the area.

These are benefits that nature brings and Miguel Bandeira says that “they will be a contribution to the quality of the environment and quality of life of people, while also seeking to improve the results in the production and mitigation of carbon dioxide levels.” Another key element is the use of the existing forest areas, with recovery and improvement actions. The Corktree and Oak forests are great support for biodiversity, which will certainly be valued by the users of the park.

The restoration of the Mães de Água won an urban rehabilitation award for of cost-benefit and rehabilitation of the system. The park is being operated through an urbanization plan. There will also be a place for the reconstruction of three museological centers, called Núcleo das Gémeas, Núcleo da Memória, and the construction of the core of the forest of Mata is also planned. It should be noted that the Sete Fontes was considered a National Monument by order of the Minister of Culture in May 2003.