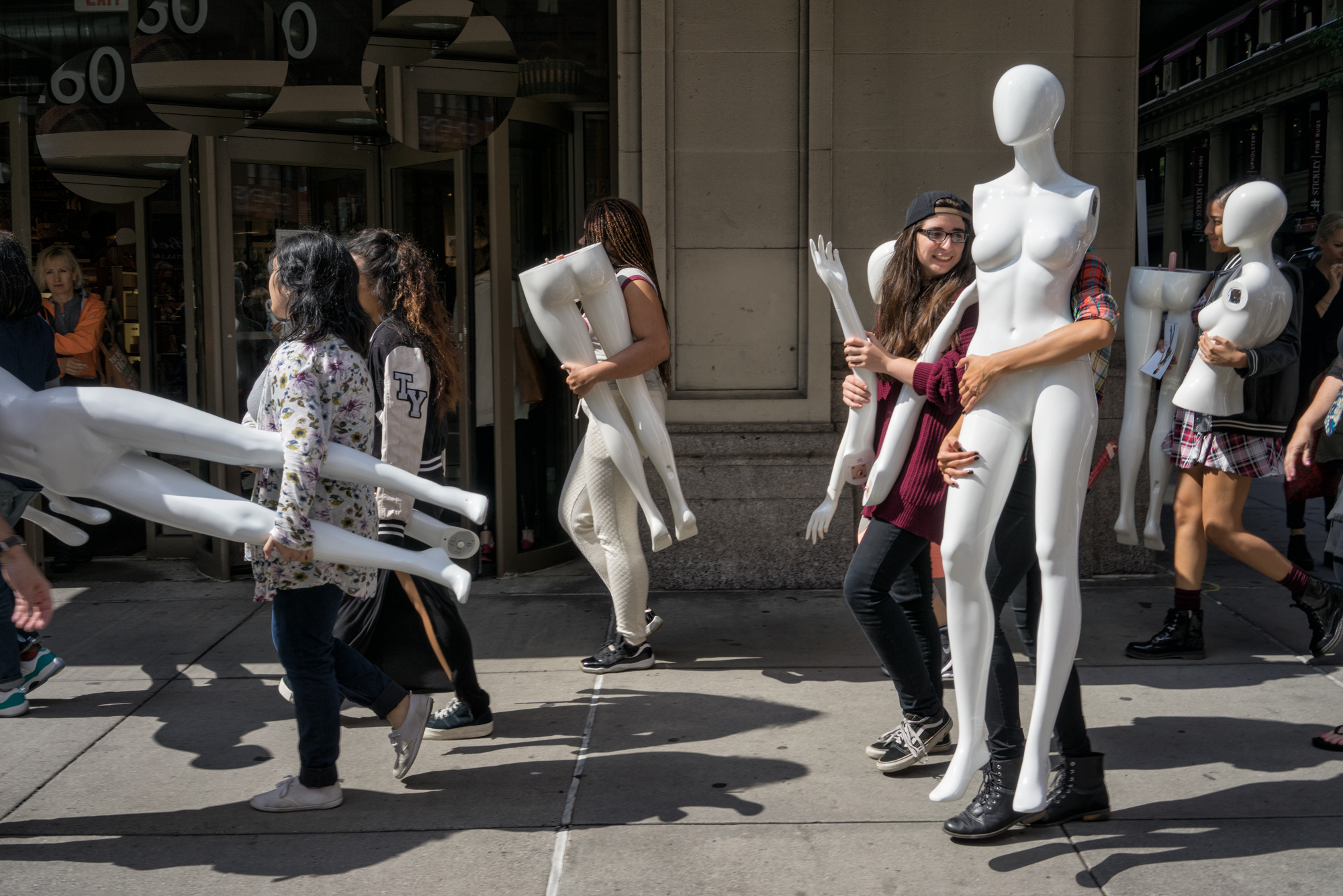 Meet Melissa O’Shaughnessy, the photographer who captures the essence of New Yorkers

Melissa O’Shaughnessy is a Minneapolis-born street photographer based in New York City. Her work is focused on people and colours, particularly in the famous city of New York, which she says inspires her through its ‘energy and diversity’. Her work has been featured in numerous international exhibitions and publications and she recently published her first monograph, Perfect Strangers: New York City Street Photographs in October 2020. Spending hours and days walking the bustling city streets, her bold, striking photographs capture the unique people of the city, from the funny to the obscure.

“All you really need is a good night’s sleep, a comfortable pair of shoes, a few bucks for some local pizza and a metro card.”

Travel Tomorrow spoke to Melissa about her work, what attracted her to this particular type of photography, why the City that Never Sleeps is so special and how the Covid-19 pandemic has altered this.

1. What drew you to photography as an art form?

My interest in photography developed relatively late in life. My father had been an enthusiastic amateur photographer, but it wasn’t until my own son was a teenager and asked to build a darkroom in our basement that I started to explore the medium beyond the family and travel snapshots I had done up until then. I spent several years learning the craft of black and white photography, but it wasn’t until I enrolled in a workshop with Joel Meyerowitz that I became interested in street photography.

2. How did you come to create your current style of photography, focussing on people as your subjects?

My early black and white work was entirely unremarkable, both in subject and in execution, and when I made the switch to digital photography in 2012, color came to dominate my work. As I slowly gained confidence in photographing strangers, life in the street became my primary focus. While studying the history of photography and and buying my first photo books, I soon came to realize that the photographs that interested me most almost always included people.

3. What attracts you to using New York City as the subject for your photographs?

I live in New York part-time, so the city became an obvious —and convenient—subject. It is one of the most photographed cities in the world, and looms large in the history of photography. Photographers like Helen Levitt, Joel Meyerowitz, Garry Winogrand and Diane Arbus made some of their greatest work on its busy streets.

Before the pandemic, the energy and diversity to be found in New York was an essential source of inspiration to me. There are countless different neighborhoods and cultures to explore in the city’s five boroughs: all you really need is a good night’s sleep, a comfortable pair of shoes, a few bucks for some local pizza and a metro card.

4. How has the pandemic changed your work and the subject of your work?

I’ve spent the bulk of my time during the pandemic outside of New York City. Even though I’ve never found much to inspire me in the suburban neighborhood where I have lived in for many years, I’ve forced myself to go out and make photographs. By necessity they are much quieter, and rarely include people.

5. How does the future of your photography and New York look?

Luckily, New York City is slowly coming back to life. There’s a long way to go before its streets are as full of energy as they used to be, but when they are you’ll no doubt find me amidst the crowds, documenting street life with my camera.