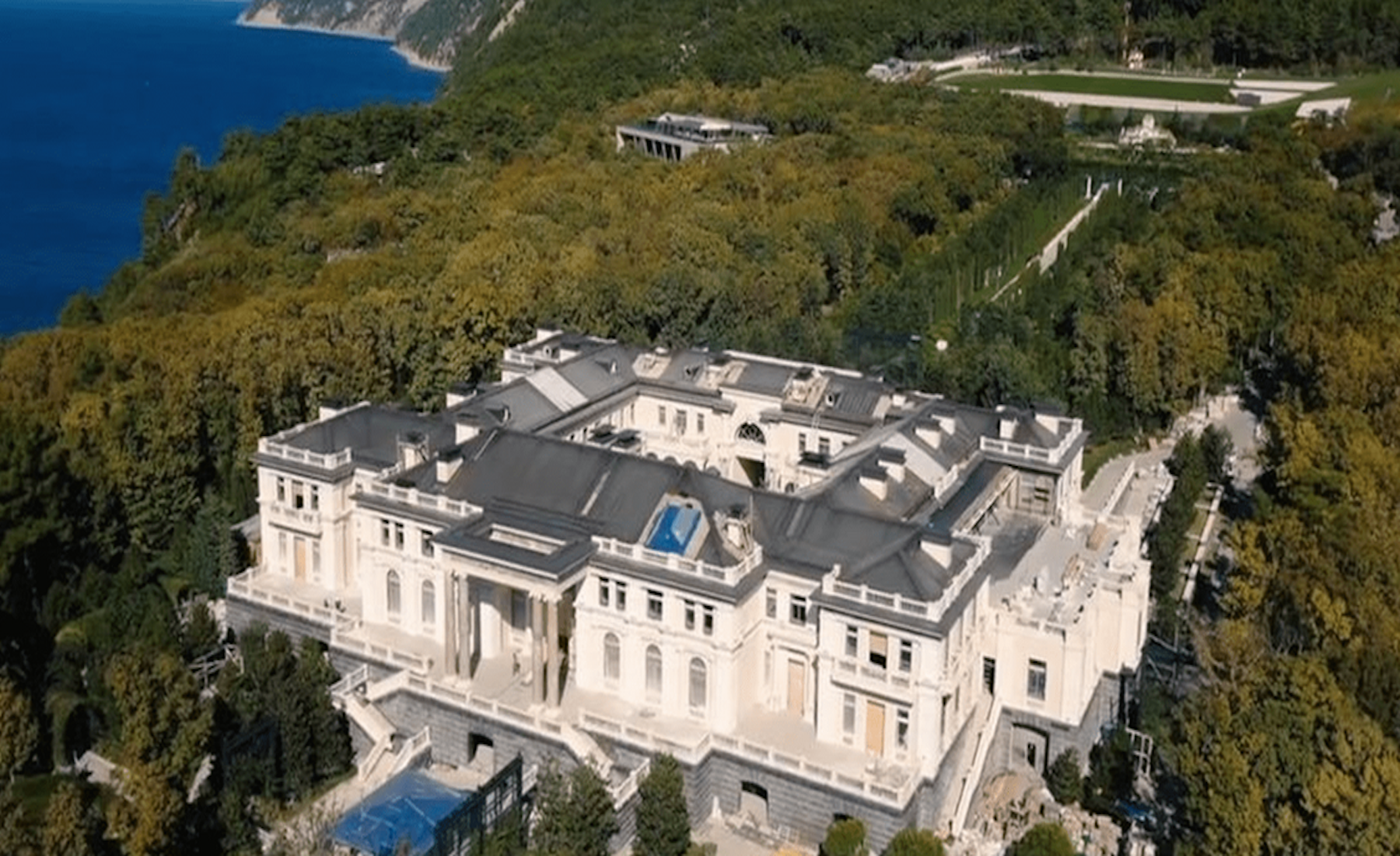 A video that was released by Putin’s opponents after Navalny’s arrest, denounced that this luxury house belonged to the president, but that it would be under the name of someone else.

Based on the video and subsequent investigation, Navalny’s team claims that the nearly-18,000 square meter mansion, located on a property 40 times the size of Monaco, has a casino, a theater, an underground hockey arena, an aquatic disco and a bar with a pole-dancing stage. Noting the exorbitant cost, Navalny noted in the two-hour video report that the mansion features Italian-made toilet brushes estimated at $851 apiece.

Navalny’s video went viral and has so far garnered over 100 million views on YouTube.

It has triggered the largest protests in Russia in years and forced Putin to deny any links to the ownership of the property. “Nothing that is listed there as my property belongs to me or my close relatives, and never did,” Putin said in a video conference. Navalny’s investigation, however, alleges the property cost was paid for “with the largest bribe in history”.

Arkady Rotenberg, who has close ties to Putin, has now come out in public to say that the house is his. The revelation took place in an interview published by the pro-Putin Mash Telegram channel, before being confirmed by the Interfax news agency.

Russian state television rejected claims that the property was owned by Putin and dismissed reports that it had an aquatic disco, showing images of an empty fountain. In 2017, Navalny’s Anti-Corruption Foundation (FBK) also accused ex-Prime Minister Dmitry Medvedev of collecting luxury estates through a secret fortune.