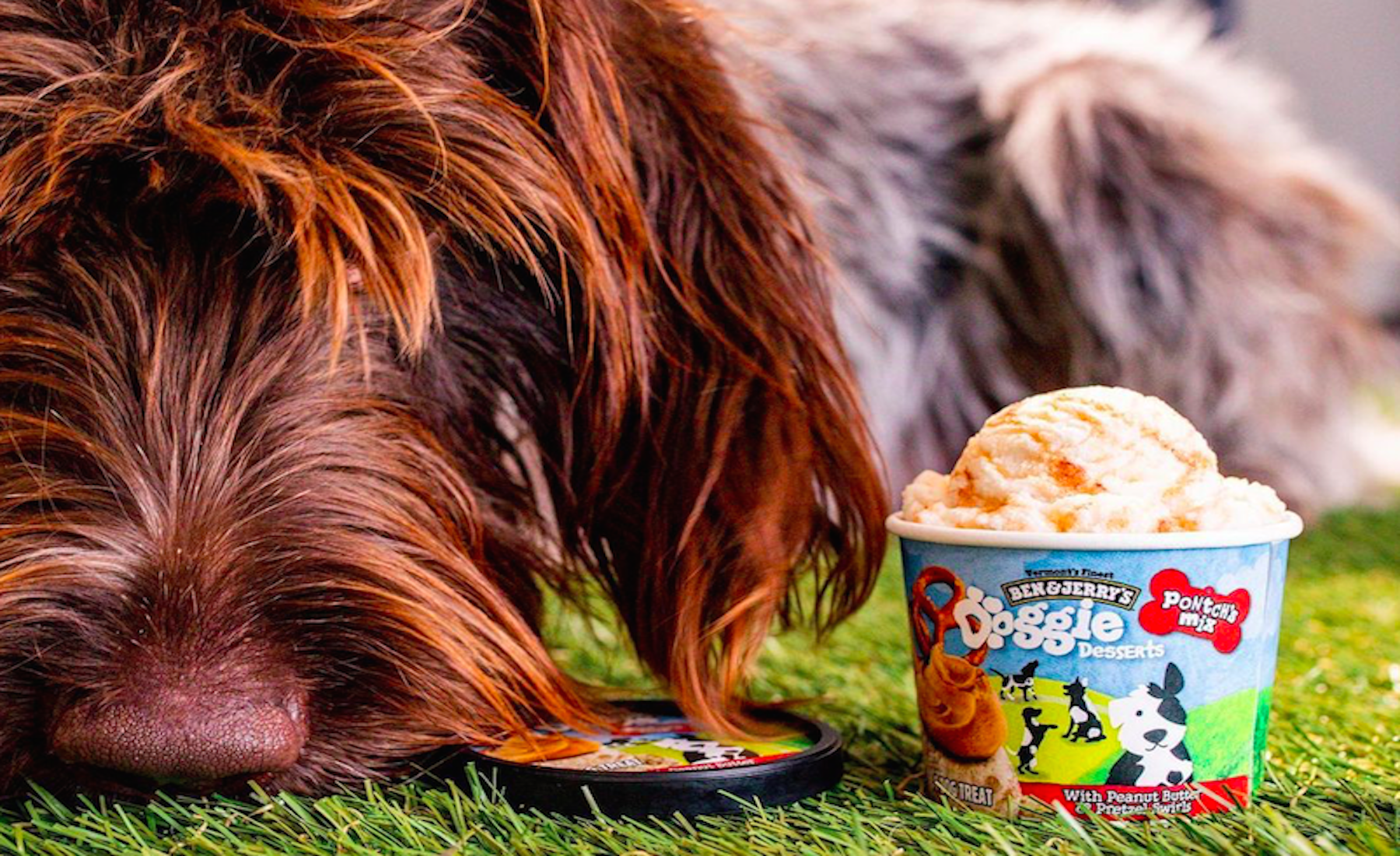 Ben & Jerry’s has launched a frozen treat designed especially for dogs. For the time being, the American brand is releasing two flavors: Pontch’s Mix is a combination of peanut butter and pretzel swirls, while Rosie’s Mix adds real pumpkin and mini-cookies to a sunflower butter base.

Pontch is a French bulldog, and Rosie is a rescue dog of mixed heritage. Both of them make frequent appearances at the company’s Burlington, Vermont headquarters. The rationale behind this new strategy was simple: some dogs love to taste everything their owners are eating. The brand decided to create the new line of products, ‘Ben & Jerry’s Doggie’.

A post shared by Ben & Jerry's for Dogs (@benandjerrysfordogs)

This is the first time that the well-known brand enters the market of treats for dogs. The packaging is identical to the traditional Ben & Jerry’s, so you have to look carefully when you go to the freezer so you don’t get the wrong packaging.

“We created this product line so that animals can enjoy something even better than belly massages,” said Lindsay Bumps, head of marketing at Ben & Jerry’s. “We know that our fans love their dogs so much and treat them like family.”

A post shared by Ben & Jerry's for Dogs (@benandjerrysfordogs)

For now these desserts are only available in the United States but might soon be available in Europe. The two Doggie Desserts will be sold in individual four-ounce mini-cups ($2.99 each), or in a four-count multipack ($4.99).

On its website, Ben & Jerry’s has also added a handful of accessories including a Doggie Desserts-friendly bowl, an ice cream cone-shaped plush toy, and a leash in their signature rainbow-colored tie-dye.