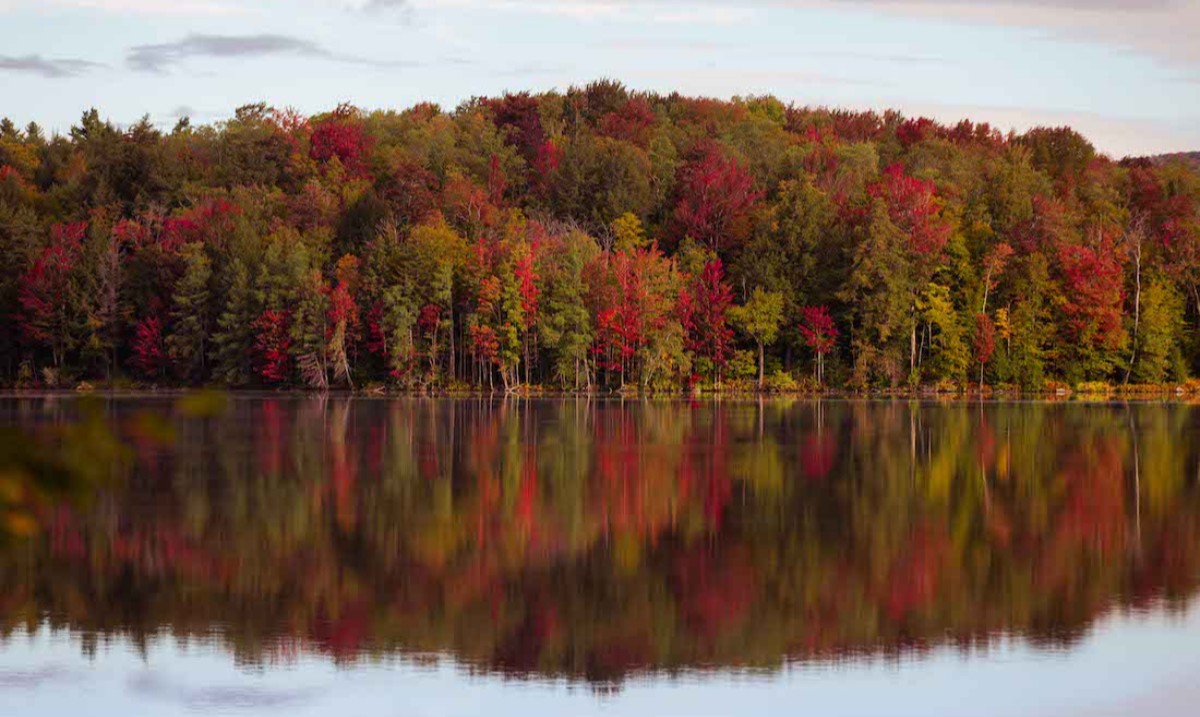 Appalachian Trail from Connecticut to Maine

In two previous articles we have already explored the Appalachian Trail (A.T.) from Georgia to West Virginia and from Maryland to New York. In this article, we cover the remaining five states: Connecticut, Massachusetts, Vermont, New Hampshire, and Maine.

The Connecticut section of the A.T. extends from Sherman at the New York state line to the brook crossing at Sage’s Ravine, just north of the Massachusetts state line. The trail travels through Connecticut for only 48 miles, making Connecticut one of the states with the shortest section of the Trail. However, this state includes a little part of A.T. (three-quarters of a mile) along the Housatonic River which was the first built to be universally accessible. Most of the original route in Connecticut was blazed by Ned K. Anderson, CFPA chair of the Housatonic Valley section from 1929 to 1932. The vibrant foliage in autumn makes the trail extremely popular during the fall months. The region is also popular for rugged rocky hills, ravines, waterfalls, wildflowers in spring and summer, and sightings of deer, turkey, and fox all year-round.

This A.T. section begins on the rocky slopes of Bear Mountain at the Connecticut border. The Trail crosses Massachusetts for over 90 miles, offering diverse and captivating experiences through the Berkshire region: rugged peaks, lush river walks, expansive highlands, seas of conifers, and charming New England towns. This state offers something fun for both long-distance or day hikers. In the north, you’ll find famous Mount Greylock (3,491 feet), which is believed to have inspired Herman Melville to write “Moby Dick.” This mountain is the highest point in Massachusetts and rises right above the gorgeous Berkshire landscape.

The A.T. crosses Vermont over 150 miles. Spanning from 400 feet to more than 4,000 feet, the A.T. in Vermont welcomes hikers of all abilities, including beginners and experienced seasoned backpackers. Here, the trail travels through the beautiful Green Mountains, which – as the name suggests – are characterized by dense and verdant forests. In Vermont, the A.T. coincides with the Long Trail, a footpath that begins at the Massachusetts border, just north of Mount Greylock. The construction of the Long Trail marks an important milestone in the history of the Appalachian Trail. Indeed, it was near the summit of Stratton Mountain during the construction of the Long Trail where Benton MacKaye came up with the idea of extending the footpath across the ridges of the Appalachian Mountains along the East Coast.

The A.T. in New Hampshire features more miles above treeline than any other Trail state. The 160 miles of A.T. travel over the ridgeline of the White Mountains, with spectacular views and complete isolation from the crowds. There, the trail includes New England’s highest peak: Mt. Washington (6,288 feet). With epic tough traverses, steep terrain and rugged crags, New Hampshire’s section of A.T. is particularly challenging, but it is also one of hikers’ favorites. Additionally, on the top of the White Mountains, the weather changes very quickly, so hikers must be ready for all sorts of conditions.

The A.T. in Maine begins in Katahdin, the state’s tallest mountain (5,269 feet). Traveling over 281 miles, this long section of the trail is considered one of the most challenging of the entire route. Maine offers numerous exciting features that are uncommon in other states crossed by the A.T., including wildlife like moose and loons, and pristine lakes. The state is also home to the hardest mile of the Trail: the Mahoosuc Notch. Additionally, the trail in Maine requires hikers to go through unbridged stream crossings, such as the Kennebec River (the widest unbridged crossing). To help hikers in this dangerous spot, there is a free ferry service (a canoe) during hiking season to cross the river.