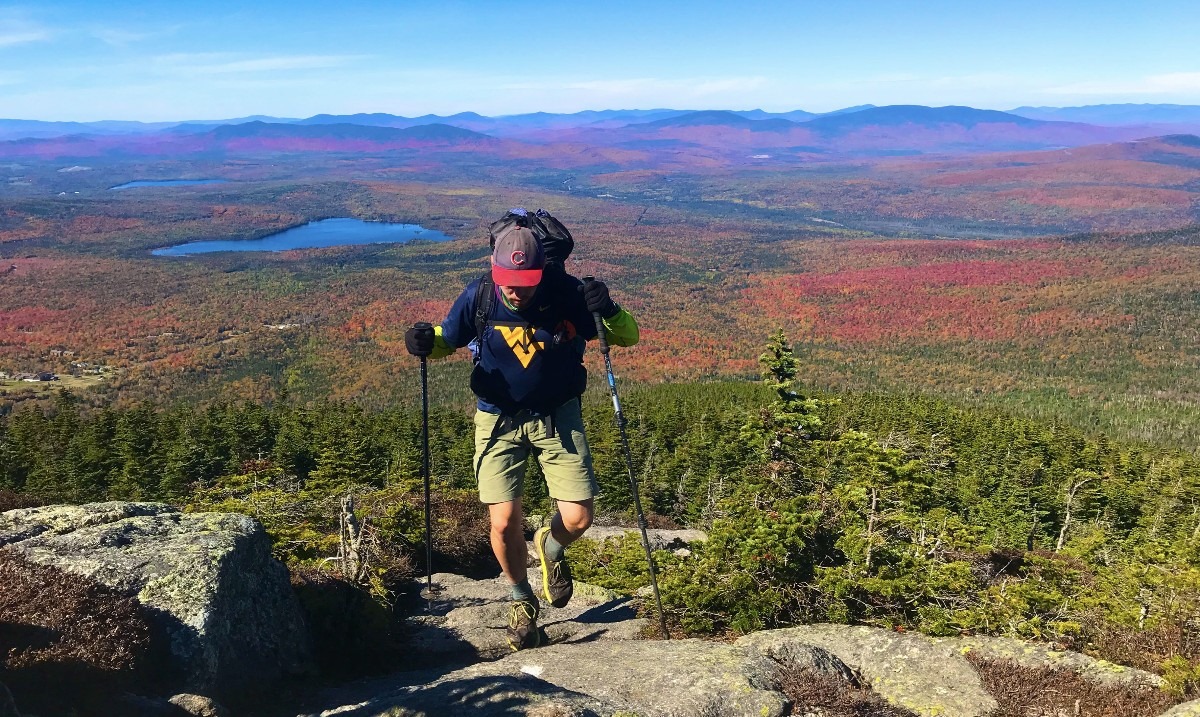 Where is hot in December?

The Appalachian Trail (A.T.) is the longest hiking-only footpath in the world, crossing 14 states on the US east coast. The 2,168-mile long trail was opened in 1937, after Benton MacKaye, a Harvard-educated forester and self-styled philosopher, came up with the idea to create a linear park extending from Georgia to Maine. All types of trailers enjoy the A.T. The majority of them just organize daily hikes, but there are also hundreds of people who hike the entire length of the trail in one season. In this article, we cover some cool facts about the first five states of the A.T. moving from South to North.

In Georgia, the Appalachian Trail covers 78.6 miles in 7 counties, with Springer Mountain serving as its starting point. On the Springer summit, a bronze plaque marks the southern beginning of the trail. From that point going up north, the trail crosses the Southern Appalachian Mountains, exploring some of Georgia’s most beautiful wilderness. Indeed, almost half of the Georgian part of A.T. encompasses federally designated wilderness. Some frequent wildlife populating the trail include wild turkey, black bear, deer, wild hog, and songbirds. Managed by the National Park Service, the A.T. in Georgia includes 26 named mountains. North Georgia mountains are tall and rugged. The highest peak is Blood Mountain (4,461 feet), while the lowest elevation is over 2,500 feet. Due to the high elevation, the temperature can turn extremely cold, and it’s common to encounter snow on the trail from November to March.

Since the Appalachian Trail runs along the Tennessee/North Carolina border for 224.7 miles, these two states require a single paragraph. This section of the Appalachian Trail features several scenic vistas and a spectacular walk along a ridgeline in Great Smoky Mountains National Park, which is right on the border between North Carolina and Tennessee. The Park is America’s most visited national park and it is world renowned for its diversity of plant and animal life. All hikers need to request a permit for Great Smoky Mountains National Park. Some top spots include the 6,643-foot Clingmans Dome – the highest mountain on the Appalachian Trail – and the Roan High Knob, which is situated along the Roan Mountain section of the trail and is the highest shelter on the A.T. Additionally, the Roan Highlands offer the world’s largest natural rhododendron garden. There are 95.7 miles of the trail in North Carolina and over 94 miles in Tennessee. The Tennessee’s stretch of the A.T. helped inspire the Trail’s congressional designation as a National Scenic Trail thanks to its sun-dappled forests and summits covered in native grasses.

Virginia is home to 544 miles of the Appalachian Trail, which is more miles than any other state (nearly a quarter of the Trail’s entire length). The trail features breathtaking overlooks, waterfalls, wildernesses, and cultural and historical sites, including a trail town. The trail’s top spots in Virginia’s are Jefferson and Washington National Forests, which both include untouched forests rich in flora and fauna. The A.T. also crosses two Virginia’s National Parks, namely Shenandoah National Park and the Blue Ridge Parkway. Then, the trail goes through Mount Rogers National Recreation Area in George Washington and Jefferson National Forests, and ends in Damascus, a city better known as “Trail Town USA,” where seven national trails intersect within its borders.

Although West Virginia’s section of the A.T. is quite short, it is also one of the best known. This portion of trail goes four miles through the heart of Harpers Ferry National Historical Park. Harpers Ferry is home to the Appalachian Trail Conservancy Headquarters and Visitor Center, which is also known as the “psychological halfway point” of the Appalachian Trail. There, trailers can pick up guides, maps, and souvenirs. Moreover, the city is the perfect spot to take a break from the wilderness of the A.T. by enjoying budget-friendly hostels, cozy B&Bs and a variety of restaurants for a real sit-down meal. There is also a section of the A.T. that continuously goes in and out of West Virginia for about 20 miles along the Virginia border in Monroe County. There, the trail is much higher than the Harper’s Ferry portion, with a maximum elevation of 4,000 feet. In contrast to the Appalachian Trail around Harpers Ferry, this section in southern West Virginia is one of the least traveled sections of the entire Appalachian Trail.