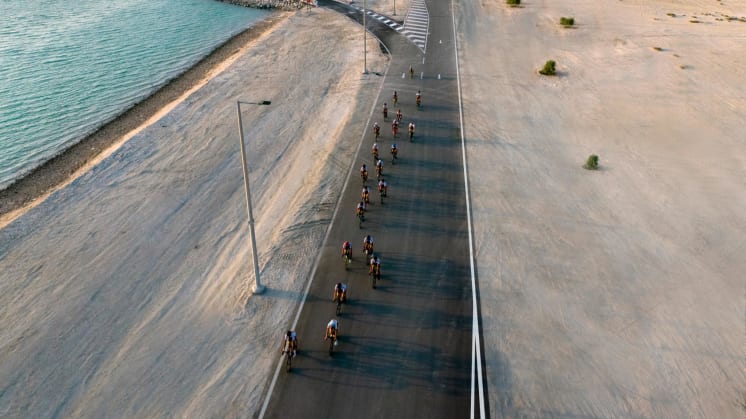 Abu Dhabi to be become a cycling destination?

Abu Dhabi is investing on cycling, despite the lofty temperatures hitting the Middle East city.

In 2021, the city was designated by sport cycling’s governing body, Union Cycliste Internationale (UCI) an official “Bike City”, the very first in the Middle East and Asia to earn such encomium. The searing temperatures in the United Arab Emirates (UAE)’ capital mean that it could literally be the world’s hottest cycling city.

Over the past few years, the city has invested on dedicated bike paths springing up beside new highways as the emirate has steadily established itself as the UAE’s gateway to cycling, introducing international races and encouraging homegrown talent.

You are one ride away from your adventure-filled summer vacay #InAbuDhabi ​
It’s time to blaze your own trail at the world-famous Formula 1 track at @YMCOfficial 🚲​
Come, live your summer like you mean it 🏖️🍹 ​#SummerInAbuDhabi #AbuDhabi pic.twitter.com/qdgEO1DDqG

According to the Abu Dhabi Cycling Club (ADCC), which was established in 2017, about 1.7 billion dirhams ($460 million) has been poured into cycling with 445 kilometers (277 miles) of cycle track under construction. On the way are a new indoor velodrome and a bike path that will link up Abu Dhabi with Dubai.

One of the main objectives is to have more tourists come and have a bike vacation in Abu Dhabi.

In winter, milder climates are perfect for daylong riding, but from May to September, with temperatures sometimes peaking around 48ºC (118 F), the best time for riding is before sun up or after sundown.

As the city is inviting folks to use more bikes, dozens of cyclists are flying around the network of circuits, which range from three to 10 kilometres and include an exhilarating over-water track, according to CNN. The pavement is mostly flat, but aggressive onshore headwinds may come as a little challenge.

“I’m a beginner, but all of my coworkers are cyclists and they told me, ‘try it and you’ll have fun'”, said Ricky Bautiststa. “It’s really challenging today because of the wind, but then you change direction and you feel like you’re flying and it’s more enjoyable.”

For those adamant to breaking into a sweat, there are gentle rental bike rides along the waterfront Corniche, or inland on the palm-sheltered pathways of the Al Ain Oasis, in Abu Dhabi’s second city.

If you’re a tourist planning to visit Abu Dhabi, the city offers a hire shop — Yas Mena Cycles — which opens early to rent out a fleet of road bikes for under $20 an hour. If you’re looking for something more sophisticated, a nearby branch of Emirates chain Wolfi’s offers more upscale rentals, as well as selling bikes priced up to and beyond $16,000.