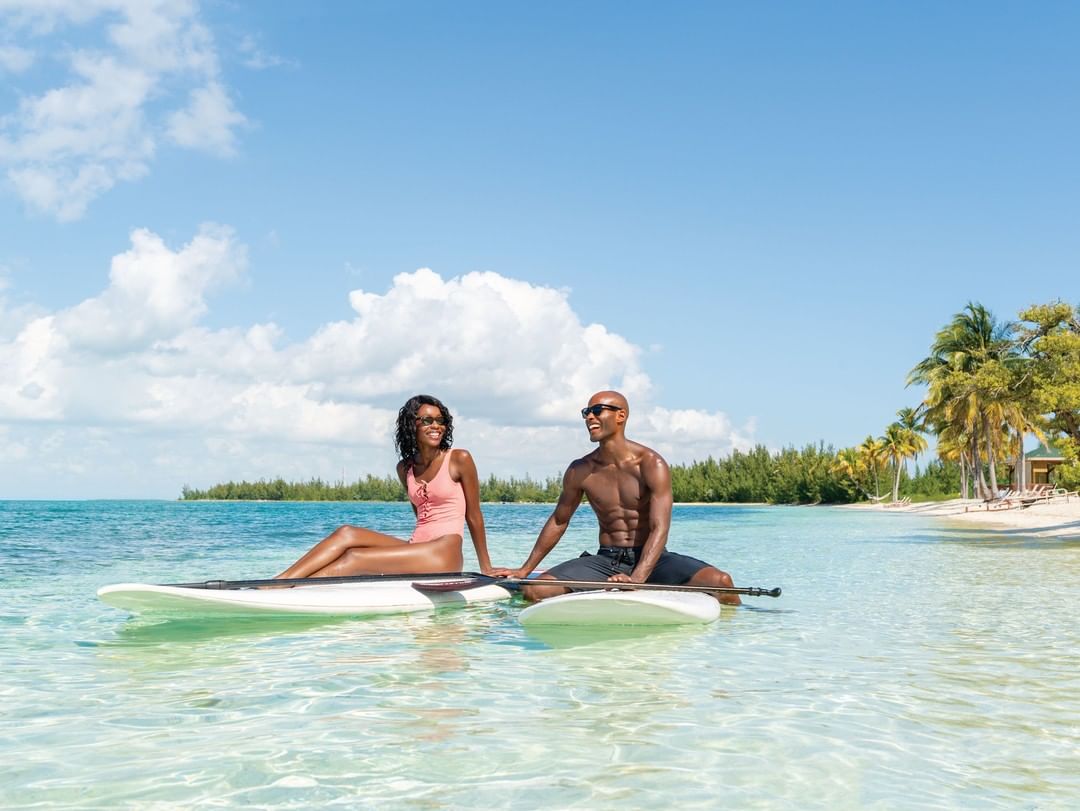 If you are engaged or thinking about getting engaged, it’s time to start dreaming about your honeymoon. There are many things to think of, tiny details that make a big difference but that need to be taken care of. It is not easy to make a list with your all possible destinations but here are some suggestions that are both creative and so romantic!

Bali is an excellent choice for a wonderful honeymoon in Asia. The beaches are magnificent and the culture is different from many Western countries, and this stimulates curiosity. The temples are wonderful, the food stands out as it is so different and there are many museums and parks — there is certainly no lack of attractions in Bali!

Catch a Kekak Dance show or enjoy a romantic sunset at Uluwatu and Tanah Lot beaches. Learn to surf at Canggu and venture into Uluwatu once you have gained enough experience. Discover Ubud, the cultural capital of Bali, and explore its incredible cuisine, from traditional Nasi Goreng to Healthy Food.

Visit the paradisiacal beaches of Nusa Dua, Nyang Nyang, Pantai Tegal and Melasti, take a bathe in waterfalls, visit the rice fields and the magnificent Hindu temples. And don’t forgot to climb a volcano and visit the nearest islands of Nusa Penida, Nusa Lebongam and Gili Islands.

It’s definitely worth putting Cinque Terre, Italy as an option on your list. As a UNESCO World Heritage Site, it has five cliff cities overlooking the sea but be aware that it almost disappeared from the map due to a terrible flood in 2011.

The flood especially devastated the villages of Vernazza and Monterosso. The famous Via dell’Amore with a 1 kilometre trail along the seafront remains closed with no plans yet to reopen. However the food and drinks are more than tempting!

A UNESCO World Heritage Site, this magical and mysterious place combines lush nature with unique architecture, and it looks like the photograph of a fairy tale.

Surrounded by reefs, Mauritius has a calm sea perfect for swimming. Visit the nature reserves on the islands, take jeep tours and discover magnificent temples. Since Mauritius is close to South Africa, if you have a long honeymoon, you can also travel to the nearest islands in Africa. The routes are diverse, from the most adventurous to the most relaxed. Mauritius is a paradise with dense and lush vegetation, palm and coconut trees and exotic flowers.

Located in the warm waters of the Indian Ocean, Mauritius has several lagoons with different shades of blue. Its history as a former Portuguese, Dutch, French and British colony give it a vast history and a varied gastronomic offer. A multicultural destination, Mauritius is also known as Ilha da Praia.

Greece has one of the richest histories in the world. The climate is also excellent, the beaches look like something out of a movie, and the prices are quite low compared to other European countries. In Europe, it’s a budget destination, and you can stay in a romantic hotel for a fantastic price.

Athens, Santorini and Mykonos are the most sought-after destinations and a little more expensive, but it’s still worth it because the cost of food and transportation is much lower than in cities like Paris or Rome.

The paradise of the Republic of Maldives is located southwest of Sri Lanka and India and is a place of white sands and calm turquoise seas. There you can enjoy warm temperatures all year round. Coral reefs and fish of the most varied species give color to this place graced by nature. There is always something to do.

Many resorts organize all kinds of water sports such as snorkeling and scuba diving, as there is a whole underwater world to discover! Go by boat to Himmafushi Island, a fishing village with small, lively alleys, craft shops, and where fishermen let their catch dry in the sun. Try watching the seabed on the Whale Submarine, the largest passenger submarine in the world.

You can also visit the small capital, Male, the Presidential Palace Mulee-aage, the Tomb of Medhu Ziyaaraiy, the Sultan’s Park, the Grand Mosque and the National Museum.

The archipelago of the Bahamas includes more than 700 islands. It is believed that Christopher Columbus arrived in San Salvador in 1492 when it was inhabited by the Arawak Indians. On the island of New Providence you can find the world-famous resort Atlantis, whilst Grand Bahama is well known for its incredible underwater caves.

Most islands are long, flat coral reef formations and small hills appear here and there in some areas. The highest point, Monte Alvernia, is 63 meters high. You can spend the day navigating the islands, eating seafood, drinking rum and diving in the warm waters all year round. The cultural variety is also great so you can visit art galleries, museums, monuments and much more.

The Islands of Tahiti are a mythical destination located in the South Pacific Ocean. These idyllic tropical islands are a universe where dreams meet reality. With a shape that resembles the number 8, the islands are divided into Tahiti Nui (the largest part in the west) and Tahiti Iti (the peninsula in the east), which has black and sand beaches, lagoons, waterfalls and two extinct volcanoes. Tahiti has been portrayed in several paintings by the French artist Paul Gauguin, and is without a doubt a popular honeymoon destination.

I wish you the most wonderful honeymoon you can ever dream!