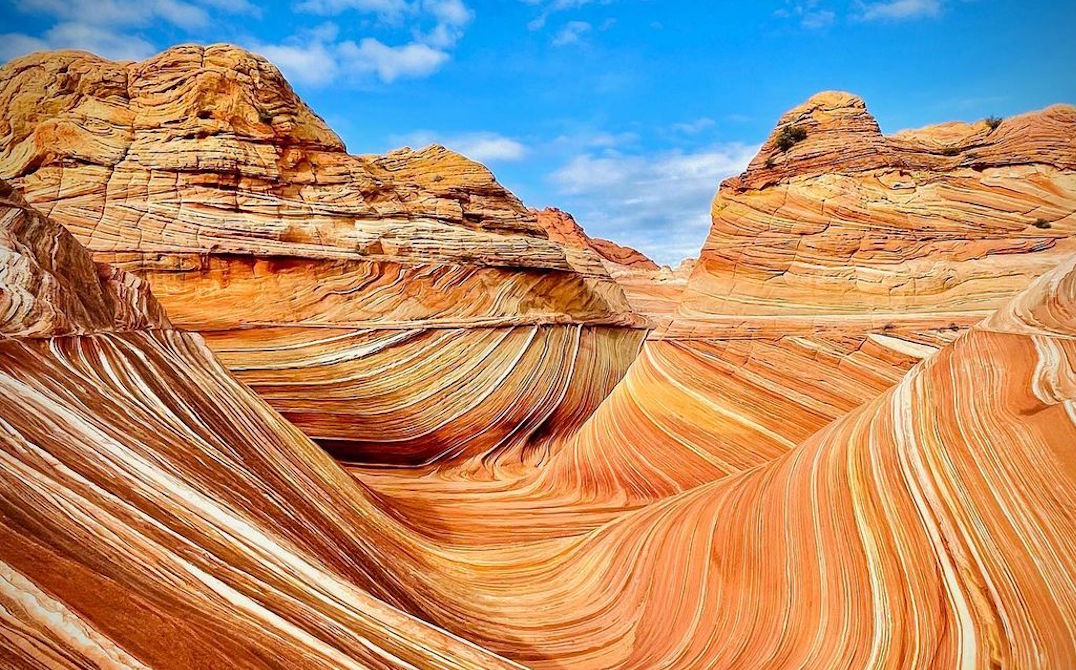 Where to eat in London? 5 places you shouldn’t miss!

People have always been fascinated by space – big and unknown, mysterious and distant, it lights up the imagination. Thinking of what could be out there, if there is life outside of Earth. One planet in particular is at the centre of human attention – Mars, so much that the term ‘Martians’ is coloquially used when referred to any potential extraterrestrial life. With the new NASA’s Mars 2020 Perseverance rover recently landing on the surface of the Red Planet, the interest in Mars has again increased. And while we will still be waiting a little while for the first tourist trips to Mars, we bring you 5 places on Earth that look like you just landed there.

Why not start our list with the place that is so similar that it had the role of being Mars in Ridley Scott’s film ‘The Martian’. The incredible Wadi Rum valley in Jordan, also known as the Valley of the Moon, doesn’t only resemble the Red Planet in the look of the landscape with its red canyons, dunes and rock formations, but also has a very harsh unwelcoming climate as well – extremely hot summers and incredibly cold winters are definitely as though from a different planet. In addition to that, the vastness of the desert that unfolds in front of you makes you feel the sense of timelessness with the silence of the void in space giving an extra layer to this experience from outer space.

One of the largest uninhabited islands on Earth, Devon island, is often considered a place on Earth most similar to the Mars landscape. Located in Baffin Bay of Nunavut, Canada, the island with the polar-desert climate is completely covered in fog. The deep canyons, desert plains and a large Haughton crater that has been there for several millions of years hugely contribute to the Mars-like feel. Actually, the similarities are so striking that several Mars rovers were sent there to train on the unwelcoming terrain. Even more so, the similarities are such that some of the conspiracy theorists believe that the Perseverance didn’t land on Mars but that the whole thing was filmed on Devon island.

The island of ice and fire has generally a very specific look and landscape, due to its glaciers, volcanic activity and natural phenomenons like aurora borealis and midnight sun. This is why it has been attracting scientists, researchers and tourists since forever. However, to find the most Mars-like area in Iceland, you should definitely visit Námaskarð in northern Iceland, a geothermal area on the mountain of Námafjall which, with its orange-brown landscape, hot springs, black rivers and bubbling pools of mud, will make you feel like you have left Earth. Besides the visual impression, the smell of the sulfur which the soil is rich with will definitely complete the impression that you are on a different planet.

Is this even real? We just can’t look away from the Wave in Arizona, close to the northern border with Utah in the Paria Canyon-Vermilion Cliffs Wilderness of the Colorado Plateau. This geological sandstone formation, swirling in U -shapes and intersecting each other creates a beautiful colourful and extraordinary landscape which is completely out of this world. The wave effect of the rock formations and canyon is mesmerising and surreal and will pull you inside, making you feel almost like you are hallucinating, discovering new dimensions of the landscape, like discovering a new planet.

One more place where you can get as close as possible to the feeling of being on Mars is definitely the Atacama Desert in Chile. Due to the mountains around covering the rainfall of the area it is a very dry plain resembling the surface of Mars. It is the perfect testing ground for some of the equipment used on the Mars terrain such as rovers – no wonder that it is an official NASA testing site. So watch out if you’re there – you just might come across the next traveler to Mars!