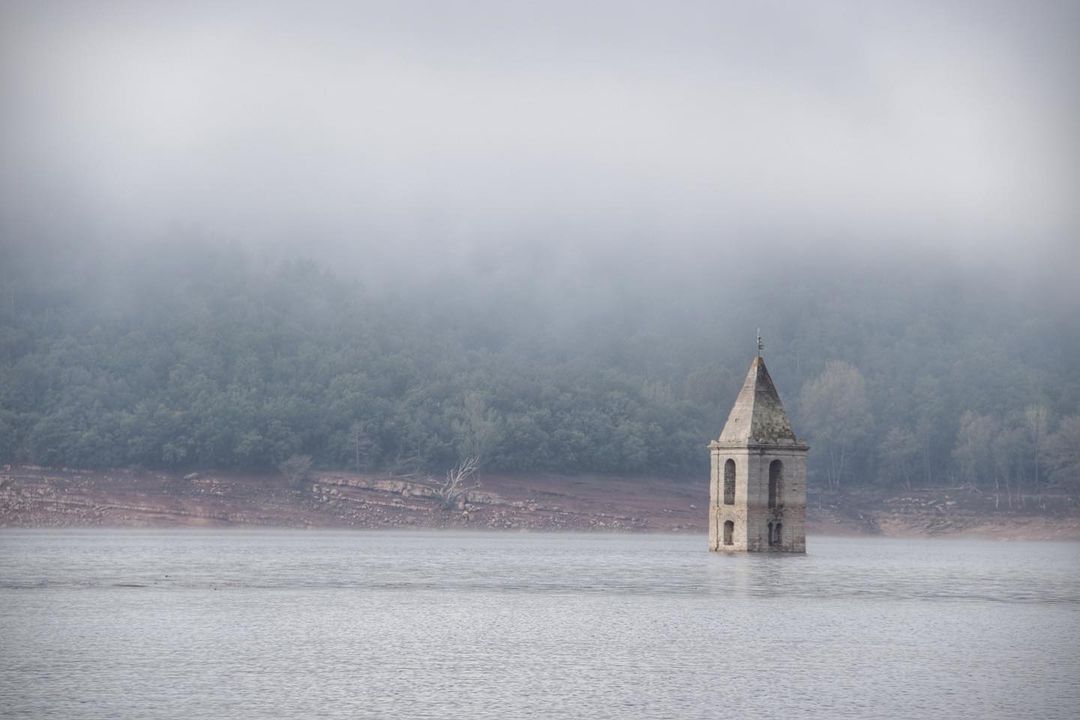 5 Atlantis-like sunken cities across the world

What will happen to room service?

Soon, there will be a price to pay to visit Venice

We’ve all heard about the sunken city Atlantis. Plato described it in his works Timaeus and Critias, and it was meant as some kind of an allegory on the hubris of nations. At the end of the story, Athens triumphs, whereas Atlantis falls out of favor with the deities, causing its sudden submergence, somewhere in the Atlantic Ocean. And even though the events touched upon by Plato were fictional, the story was of great influence when it comes to our cultural and literary history. Painters portrayed the by the Gods forgotten city, authors such as Thomas More recalled upon the story in their writings. And let’s not forgot the Disney movie, which for a lot of people in their twenties marks their first contact with the story.

And even though there’s a lot more to say and speculate about the Greek sunken city, that’s something for another time. Today, we’re talking about other sunken cities, which, however, will forever make us think of THE Atlantis. Yet where Plato’s story falls into the abyss that is the fictional, these do not. On the contrary, these five cities are very real and in some cases even open for visits. What are they? Why did they sink? What’s the situation nowadays? Let’s dive into the matter.

Just off the coast of the Japanese island of Yonaguni Jima lie multiple stone structure that had everyone in awe since their discovery in 1986. Yet no one seems to agree on the nature of the so-called structures. Some say the sandstone was simply broken off in a slightly odd shape by the waves, while others are certain men were at the origin of this remarkable sight. Masaaki Kimura, a marine geologist at the University of the Ryukyus in Japan, has been diving at the site for years and is certain the stepped pyramid was made by men, about 5.000 years ago, only to vanish into the sea following an earthquake 2.000 years ago. As evidence, he points out the quarry marks in the stone, the rudimentary characters etched onto carved faces, and the animal-like rock sculptures. Others even think the remains are all that’s left of Mu, a legendary Pacific civilization. Whether or not we’ll know anything for sure one day or not, we don’t know, yet it sure sparks your imagination.

Let’s talk about something with a bit more certainty. San Roma de Sau was actually a Catalonian village which had stood where it stood for about 1.000 years, resulting in quite the spectacular Romanesque architectural unity. However, during the sixties, the government made the decision to turn the village and its surroundings into a water reservoir, meaning everyone had to leave. Something the villagers took quite literally, as they even exhumed the dead to take them with them. Now, almost sixty years later, with a bit of luck – and some low water levels – you can still spot the church and whatever’s left of the village.

Nowadays, Dwarka is known as one of the seven sacred towns of Hinduism, yet its forefather too played an important role within Hindu culture. For a long time, there were rumors of an ancient Dwarka, submerged by the sea when Krishna left the Earth to join the spiritual world and the age of Kali began. Yet you can’t rely on rumors, so archeological excavations began in 1963, revealing not only numerous objects yet also the remains of an ancient city. Stone blocks used for the construction, pillars and irrigation systems were found yet so far, there’s no certainty about the age of the remnants, whether they can be dated back to 3.000-1.500 BC or ‘simply’ the Middle Ages. Part of the mystery thus remains.

Even though you can still visit modern Kalyazin in Western Russia nowadays, there’s a part of its history hiding underwater. Just like with San Roma de Sau, the government decided to turn the historical part of Kalyazin into a reservoir during the construction of the Uglich Hydroelectric Station. Meaning that as of 1940, the monastery, the old village and the church – including the belfry – disappeared. The belfry still remains one of the town’s most famous landmarks and during the winter months, you could even put on your ice skates and circle the tower – after all, you’re in Russia, so temperatures tend to drop quite a bit.

When we should point out one sunken city which resembles Atlantis the most, it would probably be the Greek Pavlopetri. The submerged city is some 5.000 years old and therefore the oldest sunken city in the Mediterranean. Apart from that, what makes this city so special is the fact that there’s a complete town plan present, including not only buildings and streets, yet even tombs. According to recent studies, Pavlopetri would have flooded around 1.000 BC during the first of three earthquakes ravaging the region at that time. Sadly, the remnants are being threatened by modern human interactions (including tourists looking for souvenirs) yet thanks to the UNESCO Convention on the Protection of the Underwater Cultural Heritage, the site can count on some protection.