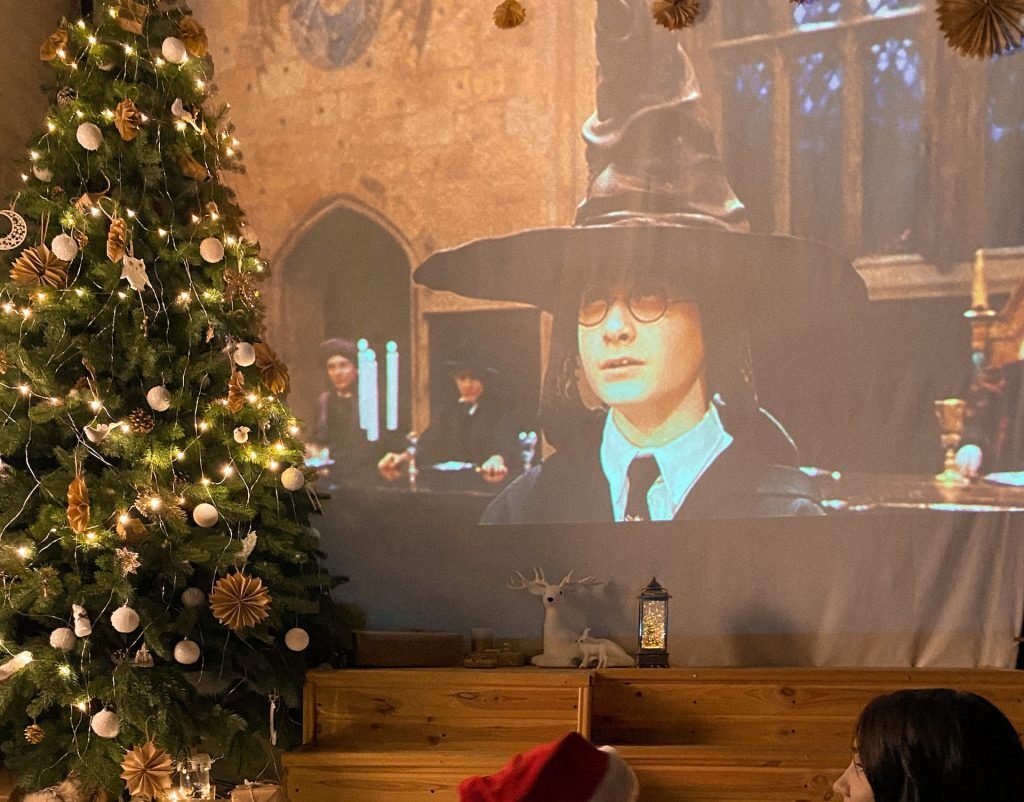 An old but classic Christmas film about appreciating ourselves and what we have, It’s a Wonderful Life tells the tale of a down-on-his-luck bank clerk (James Stewart). Driven to the brink of suicide, a trainee angel appears and shows him how the world would have been much worse off without him. Emotional but warm, funny and timeless.

Based on Robert Nathan’s 1928 novel, The Bishop’s Wife tells the story of an angel (Cary Grant) who takes on human form in order to help a struggling bishop (David Niven) and his struggling marriage. The angel then falls in love with the wife, Julia, (Loretta Young), however all resolves itself by Christmas Eve.

The classic Miracle on 34th Street recounts how a young lawyer comes to the aid of a nice old man who has been institutionalised as insane because he claims to be Santa Claus. The lawyer he decides to defend him by arguing in court that he is the real thing. A great storyline worthy of classic status.

Starring Bing Crosby, Danny Kaye and Rosemary Clooney, White Christmas is a joyous showbiz story about a successful song-and-dance team who become romantically involved with a sister act and end up teaming up to save the failing Vermont inn of their former commanding general. With lots of music, dancing and glamorous costumes its a great festive film.

The animated story of Santa Claus Is Comin’ to Town follows Kris Kringle himself along with his off-beat backstory. He is voiced by Mickey Rooney, with a postman-narrator voiced by Fred Astaire, and the quirky animation makes it a fun watch.

The Snowman is a classic that has definitely withstood the test of time. A beautiful animation without words and only 26 minutes long, it is not very well known outside the UK. The story is of a young boy whose snowman comes to life, and they fly over England’s snowy plains whilst ‘Walking in the Air’ plays.

For those who like a bit of Christmas comedy horror, Gremlins is exactly that. There are three simple rules to keep a gremlin from wreaking havoc: don’t expose it to the light, don’t get it wet, and never feed it after midnight. Watch as, inevitably, all three of those rules are broken and chaos ensues.

A Disney release starring Harry Dean Stanton as an angel watching over a struggling working-class family, One Magic Christmas sees the families’ matriarch, played by Mary Steenburgen, experience some close calls as she learns the true meaning of Christmas. A charming and sentimental festive film.

Prancer follows Jessica Riggs as she discovers a hurt reindeer in the woods and soon realises that it might be a magical reindeer. More than your typical fantasy Christmas film, it also touches on some class and familial grief issues making it an interesting watch.

There are many interpretations of Charles Dickens’s festive fable, but the Muppet’s version will always be unique given its cast of entertaining puppets and Michael Caine as Ebeneezer Scrooge.

A more recent remake of The Bishop’s Wife , The Preacher’s Wife is a movie of its own thanks to its great cast. Directed by Penny Marshall, Denzel Washington plays the angel who comes to Earth to help a preacher save his church and his family, whilst Whitney Houston plays the wife to Courtney B. Vance’s Preacher.

For a non-puppet based adaptation of Dickens’ classic, this made-for-television film is one of the best. Featuring Patrick Stewart as Mr. Ebeneezer Scrooge and Richard E Grant as Bob Cratchit, both give brilliant performances.

The awesome Queen Latifah plays a terminal patient mistakenly diagnosed by a faulty MRI machine. The always sensible character consequently changes her life and embarks with all her savings on a European holiday to meet her culinary inspiration, but what to do when she finds out it’s in fact not true?

For anyone who ever has the urge to ditch family Christmas and jet off on holiday, this romantic comedy featuring Reese Witherspoon and Vince Vaughn is for you. The two play a couple who, after their usual Christmas holiday escape is cancelled, have to do a grand tour of all four of their divorced parents’ homes, will they (and their relationship) make it?

A festive film about an uptight but secretly heartbroken primary school teacher, whose little white lie that Hollywood is coming to see his class’ nativity play grows like wildfire in his rag-tag school low on self-esteem. Feel good and fun, a perfect Christmas film.

Joe Swanberg’s indie feature follows flighty young Jenny (Anna Kendrick) who descends upon her brother and his wife’s idyllic, grown-up life at Christmas, bringing trouble to their tight-knit domestic bliss. An interesting, real-life alternative to the more fantastical Christmas films out there which reminds us of the importance of family.

For a more artistic film, Todd Haynes’s Carol is a beautifully shot adaptation of Patricia Highsmith’s 1952 novel. A department store worker Therese (Rooney Mara) falls in love with a mysterious older woman (Cate Blanchett) in the run up to Christmas, and the film follows as the drama unfolds.

An entertaining idea, The Man Who Invented Christmas explores the journey that led to Charles Dickens’ creation of ‘A Christmas Carol’. Filled with interesting characters and telling of a writers struggle with creativity and inspiration, it’s a unique plot and enjoyable to watch.

A recent Disney+ holiday comedy, Noelle, played by Anna Kendrick, is Kris Kringle’s daughter. Her brother, due to inherit the honour from their father, is struggling with the pressure, and Noelle must save him in order to save Christmas. An entertaining take on the responsibilities of Kris Kringle, and fun to watch as awesome Noelle saves the day.

A recent creation of musical adventure and a visual spectacle for all ages, Jingle Jangle: A Christmas Journey is full of vibrant scenery and costumes and plenty of Christmas wonder. Legendary toymaker Jeronicus Jangle (Forest Whitaker) makes incredible fanciful inventions, but when his trusted apprentice (Keegan-Michael Key) steals his most prized creation, it’s up to his equally bright and inventive granddaughter and a long-forgotten invention to heal old wounds and reawaken the magic within.