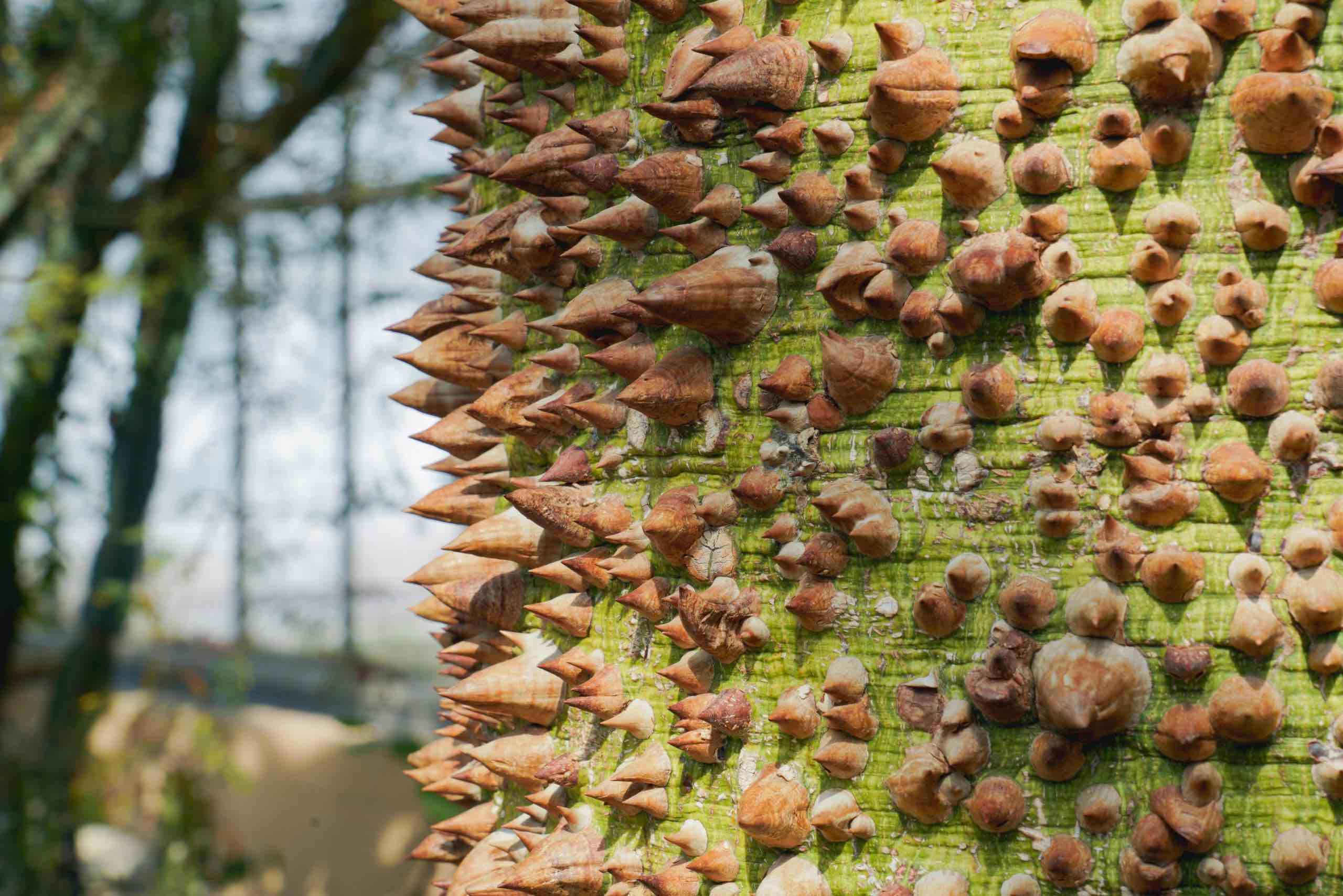 The Meise Botanic Garden is the perfect place for a get away. A stone’s throw from Brussels, it is ideal for nature lovers. You can relax, admire the greenery and learn a lot at the same time. While it is close to impossible to see the entire garden on a single visit, if you follow me, I will show you my favourite 10 unique species.

Victoria cruziana, also known as the Santa Cruz water lily or simply giant water lily, is a tropical species of flowering plant, of the Nymphaeaceae family of water lilies, native to South America.

The leaves die in September, so every year the gardeners replant them from seeds, so new leaves start sprouting in spring. By summer, the pond is fully covered, with the leaves of the water lilies reaching up to 2-3m in diameter and being able to hold up to 40kg.

Amorphophallus titanum, the titan arum or giant arum is a flowering plant in the family Araceae. It has the largest unbranched inflorescence in the world and is endemic to the wild rainforests of Sumatra.

I have yet to see an arum in bloom, but maybe that is for the best. To attract pollinators, the arum smells like rotten flesh when in bloom. The flower can be anywhere between 1.5 and 3 meters tall and while it only lasts for a few days, it certainly makes a lasting impression.

The Thuja is a genus of coniferous trees in the Cupressaceae family. There are five species in the genus, two are native to North America and three to eastern Asia.

While the Thuja as a species is quite well spread, the particular specimen at the Meise Botanic Garden is certainly unique. On the right side on the path, right before arriving at the Bouchout castle, stands what seems to be a miniature forest. However, what looks like a group of trees is actually a single organism that has grown multiple trunks.

Cacti and succulents are too often confused and while the spikes on the margin of this tree would quickly make you think it is a cactus, the Euphorbia cooperi is actually a spiny succulent tree. It can grow up to 4-7m tall and, as it grows, the lower branches die and fall off, giving the tree a specific candelabra shape.

What I personally find intriguing about this is that most species of the Euphorbiaceae family are actually herbs, with few variants like the Euphorbia cooperi having adapted to the rougher climates of South Africa, turning into succulents.

Ha! Tricked again. This is in fact a cactus. The only one in the world that has leaves. Well, the kind of leaves we are used to at least. The cacti’s spikes are anatomically leaves, but in harsh environments like deserts, any bit of water is precious, so cacti have evolved to keep only the bare necessity. Their stems enlarged to deposit water and turned green to take over the photosynthesis process, while the leaves changed role from feeding to defence mechanism.

It seems that evolution has somehow missed the Pereskia, a small genus native to northern and eastern South America that has four cacti species. Although Pereskia does not resemble other cacti in its overall morphology, close examination shows spines developing from areoles, and the distinctive floral cup of the cactus family. It is believed to resemble the ancestor of all cacti.

This is the last plant with spikes, I promise. I have to admit that I have a soft spot for succulents and cacti, with my own growing collection at home. But, as you have probably guessed, this is neither.

The Ceiba insignis is a deciduous tree native to South America. It does not get very tall, reaching anywhere between 4 to 18 meters, and is covered with hard, conical thorns that can have up to 2.5 cm in diameter. The trunk is wider in the lower part to store water, a precious resource in a dry environment, which gives it the commonly known name of bottle tree.

Another peculiar feature of the bottle tree is its bark. The thorns are undoubtedly a distraction, but, at a closer look, one notices the tree’s bark is green. So it is not only the tree’s leaves that have chlorophyll, but also its bark, allowing it to also sustain the photosynthesis process.

Yet another succulent, but, as promised, no spikes. The Dracaena trifasciata, commonly known as the snake plant or even mother in law’s tongue because of its sharp leaves, is a very popular house plant. Native to tropical West Africa, it is perfect for unexperienced people who want to bring some green into their house, as it is tolerant of low light levels and irregular watering. One could even say the snake plant thrives on neglect.

What is less known is that one of the plant’s varieties, the Dracaena trifasciata var. laurentii, distinguishable by the yellow edged of the leaves, is a local cultivate that gained the Royal Horticultural Society’s Award of Garden Merit.

Dioscorea elephantipes, commonly known as the turtle plant or the elephant’s foot, is a species of flowering plant in the genus Dioscorea of the family Dioscoreaceae, native to the dry interior of South Africa.

The nicknames come from the appearance of its large, partially buried, tuberous stem, which is covered with thick, hard, corky plates. It grows very slowly but often reaches considerable sizes of more than 3m in circumference and a height of nearly 1m above ground.

Wollemia is a genus of coniferous trees in the family Araucariaceae. Although now it is broadly available and present in gardens and parks around the world, until 1994 it was only known through fossil records. Then, it was discovered that in a remote series of narrow, steep-sided, sandstone gorges in the temperate rainforest wilderness of the Wollemi National Park in New South Wales, living trees were thriving.

Last, but not least, the almighty of trees: the Sequoia. It is a genus of redwood coniferous trees in the of the family Cupressaceae and native to the south-west of the United States. The biggest tree in the world, in all parameters, tallest, widest, heaviest, it is without doubt the king.

The tallest one at the Meise Botanic Garden is about 200 years old and has not only survived lightning, but also too curious visitors who want to make a souvenir of its bark. For its protection, it is now surrounded by a small fence, letting guests know that the tree is only to be admired.