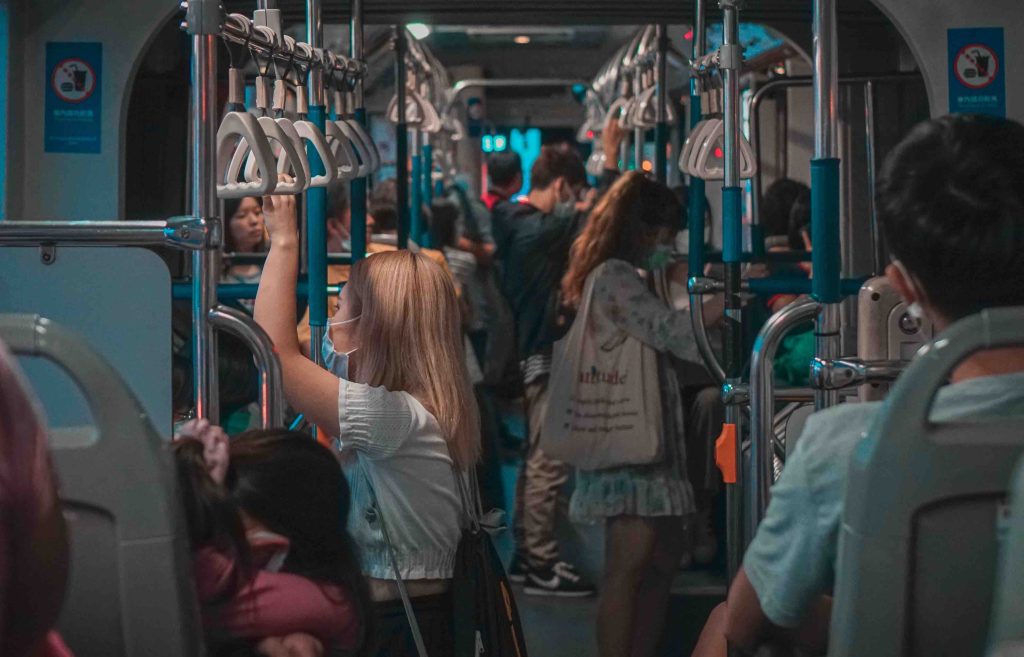 On Wednesday 11 May, the European Union Aviation Safety Agency (EASA) and European Centre for Disease Prevention and Control (ECDC) issued a joint statement announcing that, as of 16 May, wearing a face mask will no longer be mandatory on any flights within the EU.

On the same day, after a weekly cabinet meeting, Health Minister Olivier Véran said the measure will also be lifted from all forms of public transport in France: metro, bus, train, taxi and plane.

When the pandemic began in 2020, France was among the first countries to introduce strict restrictions. People were asked to only leave their homes to get essential goods or exercise, in an effort to limit infections as much as possible. It was only this February that the country started lifting some of the mask wearing restrictions.

The pandemic is clearly not over, even if we can hope that, given the levels of immunity in the population […], we can move on to a more transitional phase.

Sylvie van der Werf, virologist at the Pasteur Institute, at a press briefing organised by ANRS

With infection and hospitalisation rates finally decreasing at a steady peace, the decision to drop the mask altogether was taken. On Wednesday, France only recorded 40,299 new daily cases, a decrease of almost 16% compared to the previous week. And while Véran noted the pandemic is not over, he recognized that “the situation is improving”. He also highlighted that even though it is no longer mandatory to wear a face mask, it remains strongly recommended.

Wearing a face mask and presenting a health pass are still however required for accessing health facilities, while people who have tested positive have to self-isolate for at least 7 days. Furthermore, Véran noted that authorities might start booster campaign for the general population depending on new variants emerging by autumn.