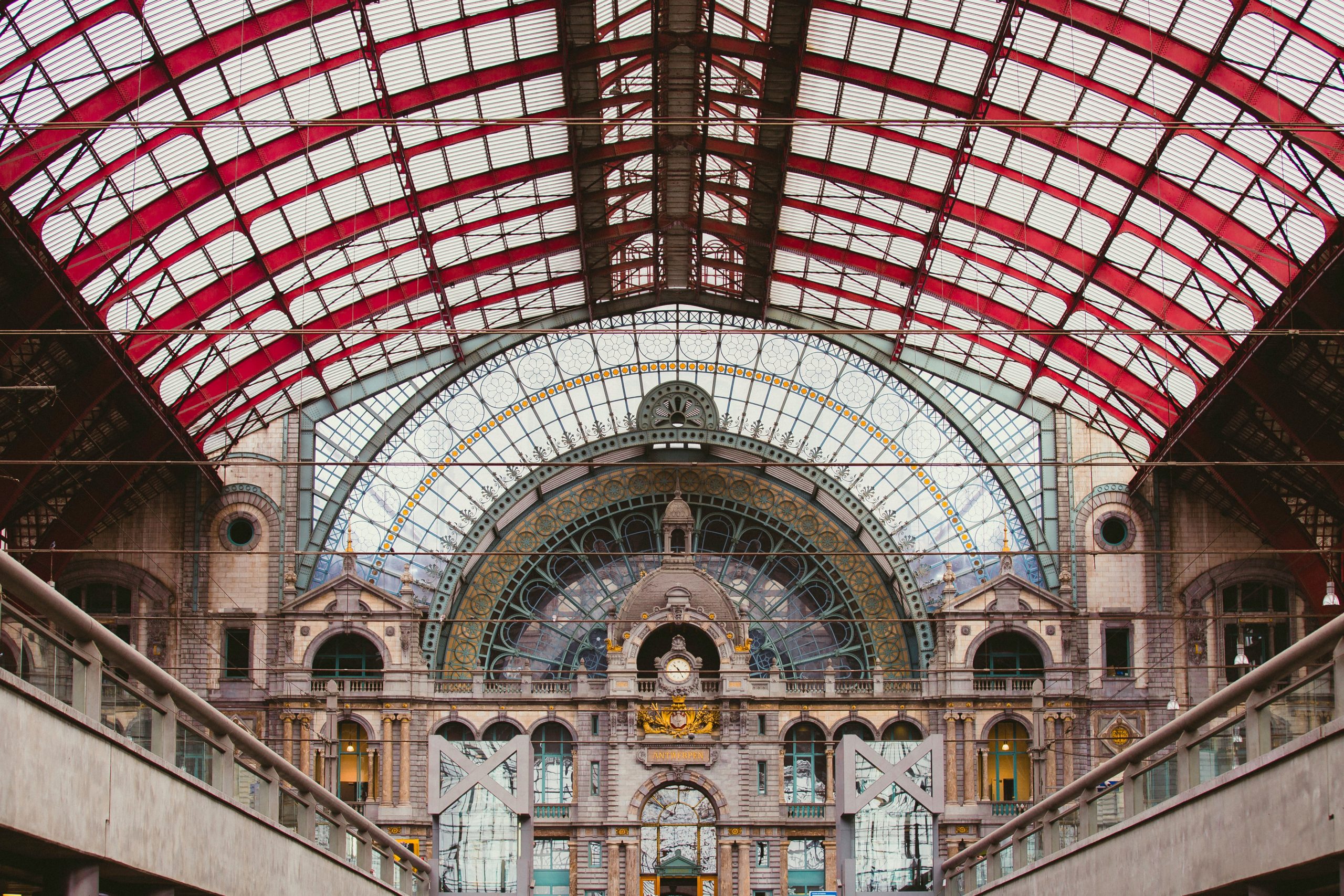 Once upon a time a unique space in the world: The Dolls Hospital

Antwerp is known as the city where you can buy diamonds. It is located on the Scheldt river in the Flemish region (Flanders) of Belgium and is a beautiful city which is pleasant to visit. Antwerp is just amazing because you can enjoy the old architecture mixed with the modern touch. There are also a lot of places where you can do shopping in many luxurious stores. If you want to visit Antwerp for some photo souvenirs, I will give you 10 ideas and Instagrammable places that you will love to post on social media.

If you like architecture, you can’t miss this beautiful building in Antwerp. Originally built for a telephone company in 1958, today it’s the city administration, the famous thing to see here are the curved stairs.

This is the most famous place in Antwerpen, Grote Mark or Grand Place is located in the heart of the old city quarter. It is filled with an extravagant city hall, elaborate 16th-century guildhalls with many restaurants and cafés. Within walking distance of the Scheldt river, it hosts a Christmas market and ice rink in winter.

Like in many cities, you can find nice museums in Antwerpen but the best one is certainly “The Museum Aan de Stroom”, from the top you can get a 360 panoramic view of the city. You can find here more than 500 000 museum pieces of permanent and temporary collections.

Also known as The Port Authority building and Havenhuis, it is located near the area of Eilandje, in the Port of Antwerp, and acts as the headquarters of the Antwerp Port Authority. Designed by Iraqi-British architect Zaha Hadid, the building opened in 2016, the year of her death. During the night the building is amazingly beautiful with all lights on.

This Statue of a boy with a dog is located in Handschoenmark in the center of Antwerp, Nello and Patrasche are the main characters in the 1872 novel “A Dog of Flanders”. The story takes place in Hoboken and Antwerp.

The Park Bridge Spoor Noord was officially open in 2016. Just a few days after opening this place became famous for photographers and an instagrammable place in Antwerp. In 2017 this bridge won an international award in Berlin for its architecture.

The gate in Chinatown in Antwerp is just amazing and beautiful, located not far from the Central Station you can of course find plenty of Asian shops and restaurants.

This is a nice neighbourhood in Antwerp and located in the oldest port of Antwerp, named after the Dutch King William I of the Netherlands. You can find a lot of nice boats here and take pictures in front of them as if you are the owner.

The Sint- Anna Tunnel is a pedestrian and bicycle tunnel under the Scheldt in the city of Antwerp. This 572 meters tunnel has been connecting the city with the left bank since 1933. A lot of people come here to take pictures, the tunnel and the light give a special yellow background.