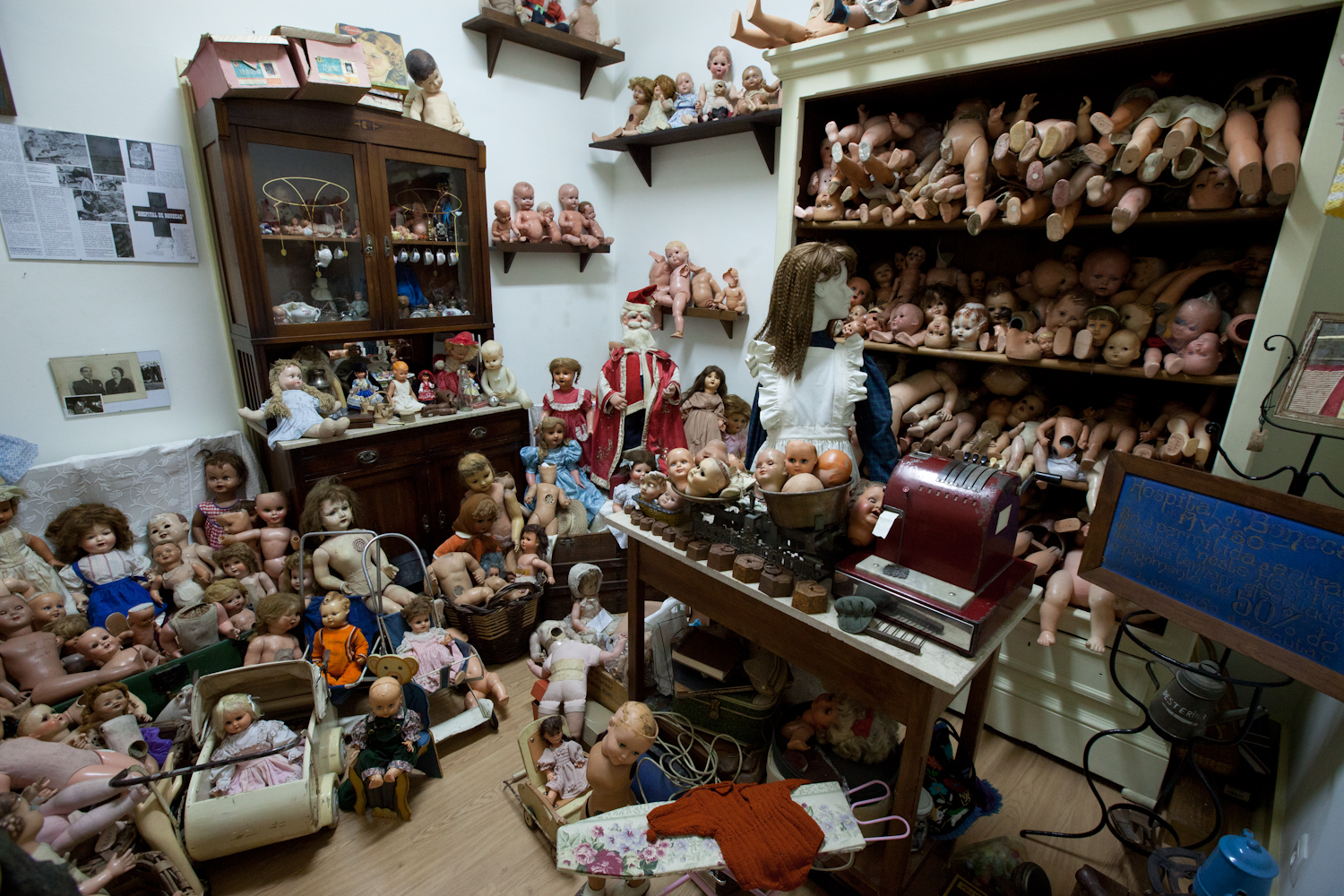 Once upon a time a unique space in the world: The Dolls Hospital

It was in the year of 1830 when the space, known as The Dolls Hospital (Hospital das Bonecas), in Praça da Figueira, in Lisbon, was founded.

It started out as a “herbal shop”, what we know today as a herbalist, says Manuela Cutileiro, current owner of this charming space.

Carlota da Luz Afonso, the founder, started her business selling dried herbs. Manuela says that some “were even for homemade medicines, because there was a demand in that sense.” But her great passion was dolls, so Carlota, agile with her hands, sat at the door of her little herb shop making rag dolls. A unique store in the world was born, a store that resisted time, distinguished itself, and continues to delight children and adults.

1. A Unique Space in the World

They began to distinguish themselves at European level but today they are considered a unique space in the world, although there are small doll hospitals in Brazil and the United States of America, with New York being the most similar to Lisbon. These spaces however are aimed at only certain types of dolls and specific toys, while the Portuguese Doll Hospital fixes all kinds of dolls.

The secret to success may lie in the sense of mission of those who run this space, “the mission of continuing to do something we love so much” says Manuela, and adds: “we heal the memories of those who come to us, often when they see their doll, a tear of emotion drops”.

In the year 2020 they celebrated 190 years, but the pandemic did not spare them from its consequences, reducing the visitors from about 30 people a day to one or two people. Manuela says that she and her husband got Covid-19, but, fortunately, they recovered very quickly, without suffering any consequence from it.

The name Dolls Hospital (Hospital das Bonecas), “probably came from the proximity that the store had to the “Hospital de Todos os Santos”, which has now disappeared”, says Manuela. At the time, there was also a large market there, where the sounds and smells were so characteristic that they remained in the memory of the families who used to take a walk there.

Many children who passed by the place were watching the dolls that old Carlota made and they asked if she could repair those that had spoiled during their games. And so, she did, making the children happy, children who always came back, even after becoming adults and telling stories to their children and grandchildren, about the old woman Carlota and her amazing dolls.

After the Second World War, “the wonderful market with iron turrets ceased to exist, probably due to economic interests, to give way to an urbanization”, says Manuela. But the Dolls Hospital resisted, remaining as a testimony of a time where they always dream about playing make-believe.

Manuela, a retired first grade school educator, remembers the whole story, “Carlota left her legacy to her family, and the last person who continued it was her granddaughter, Lilia Tavares. We were neighbors, we lived in the same building, and due to many years of living together we became family, my grandparents were great friends with Lilia.”

And since Lilia had no children, it was to Manuela’s family that fate delivered the Doll Hospital, something that was never seen as a business but as something that she describes as “a continuation of ourselves, an accomplishment, a fun and transversal thing, for all ages.”

Speaking of the space itself, it looks like a real hospital, a card with the diagnosis is made for each doll or plushy when they arrive.

Before, when the hospital was operating on the 4th floor, there was a large basket with a red cross drawn, which, according to the owner, functioned as an ambulance where people deposited their dolls and they pulled them up.

Inside the Hospital there are several areas, one that they call plastic surgery, where the doll is treated for its “injuries”, another that is the place for “organ donation” Manuela says jokingly, because it is where legs, arms, heads, eyes, a panoply of pieces can be useful to the dolls that arrive.

In addition, they also sell recent dolls, but underline, “only those with good quality”, they set up dollhouses and sell their furniture accessories, they fix plushies, antique pieces and games, porcelain and sacred art. They’ve created all kinds of clothes for dolls and images, as well as creating exclusive historical, regional and carnival costumes.

“If I were a toy I would like to live here” this is a phrase from a child, João, 6 years old, who reflects the enthusiasm that a child feels when visiting the museum of Dolls Hospital. However, adults are also excited to visit it, given its cultural wealth.

The booty is immense and started in the 16th century, with a target audience across all ages.

“It’s not a business, we deal with people’s feelings”

To conclude I emphasize the human aspect, Manuela is a very kind lady, with a sweet voice, who emanates love for her family and for what she does, and when I asked her what the Dolls Hospital means to her, she gives a shine to the words and says that “It is not a business, we deal with people’s feelings”, this is because what is brought to the hospital is not for the economic value, but for its sentimental value.

This sentimental value is rewarded twice as everything is done with love and creativity. “I invent every day,” says Manuela, “since I fix the doll until I dress it up properly.” And before dressing her, the owner of the hospital does a research about the clothes of the doll in question, taking into account the time when the doll was born, everything is thought to the smallest details.

“Originality and mystery are the secret of our longevity…” she underlines.