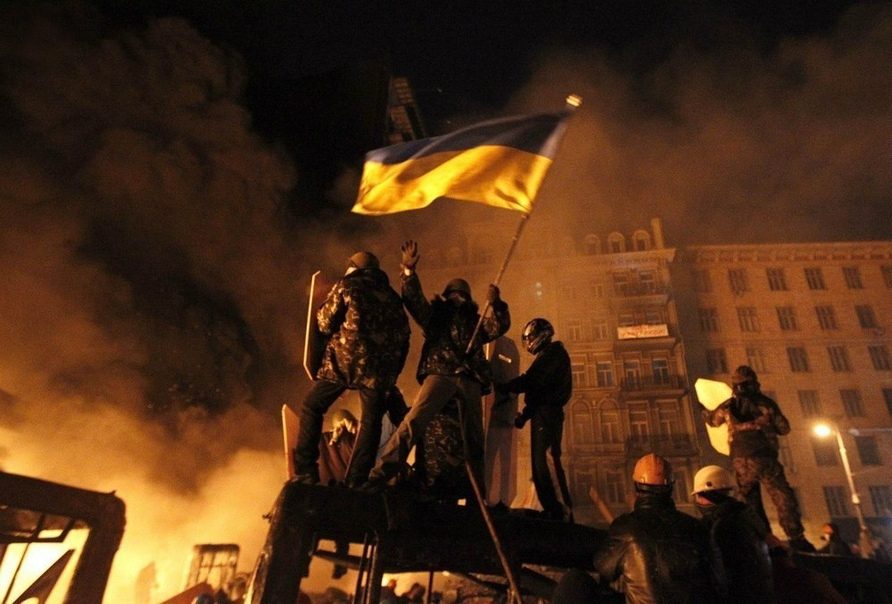 Portugal rolls back Covid-19 restrictions ahead of summer

The war in Ukraine is still ongoing. Despite all the help through sanctions and restrictions, Russia, or rather Putin, refuses to end his invasion.

In the whirlpool of news surrounding the conflict, what surprises the rest of the world is the strength and resilience of the Ukrainian people fighting for their country. Offering a glimpse into where their character comes from, Netflix’s “Winter on Fire: Ukraine’s Fight for Freedom” documentary tells the story of the 2014 Maidan Revolution.

1. Euromaidan and The Revolution of Dignity

The Revolution of Dignity, or the Maidan Revolution, was the climax of the Euromaidan protests that took place between November 2013 and February 2014.

The first protest of what was to become “the largest ever pro-European rally in history” took place on 21 November 2013, in Kyiv’s central square – Maidan. President Yanukovych had just turned on the decision of signing an agreement with the EU, which was supposed to pave the way for Ukraine’s accession to the European Union. Instead, he chose to favour relations with Russia, which was not well received by the citizens.

A series of protests began, in which people were asking for their rights and freedoms and to join the European family. The situation quickly turned sour when the mass clashed with the police forces. What had started as a peaceful demonstration, ended with beatings and tear gas.

The people were not deterred by the Militsiya (police) and Berkut (special police of the Ministry of Internal Affairs) and continued to express their dissatisfaction. The Maidan square was turned into a base camp and, from there, time and time again, civilians wanted to march towards the Parliament and Presidential Residence, but each time they were intercepted.

EuroMaidan grew into something far bigger than just an angry response to the fallen-through EU deal. It’s now about ousting Yanukovych and his corrupt government; guiding Ukraine away from its 200-year-long, deeply intertwined and painful relationship with Russia; and standing up for basic human rights to protest, speak and think freely and to act peacefully without the threat of punishment.

The conflicted escalated, the police deciding to use live ammunition instead of rubber bullets and to set an entire building, known as headquarters of the movement, on fire. In the end, Yanukovych fled the country and got political asylum in Russia from President Putin.

Netflix’s 2015 documentary combines footage from the protests with a series of interviews of the participants, taken some time after the commotion. It is a very powerful film and it manages to transport the watcher in the middle of the story.

Having participated in protests against the government myself, I related, for a brief second, to the Ukrainian people and thought I understood what they were going through. But that very quickly changed and all of a sudden it was impossible for me to even fathom what those people felt. The events are intense and just seeing the faces of all the civilians fighting for their freedom takes you through a rollercoaster of emotions. Frustration, sadness, anger, helplessness, loneliness are just words that barely touch the true depth of the feelings conveyed by this story.

Children, parents, husbands and friends died during the Maidan revolution. Ukrainians died in a fight against their own government and, considering how hard they worked to gain their freedom, it is easy to understand why they are eager to defend it against an invader.