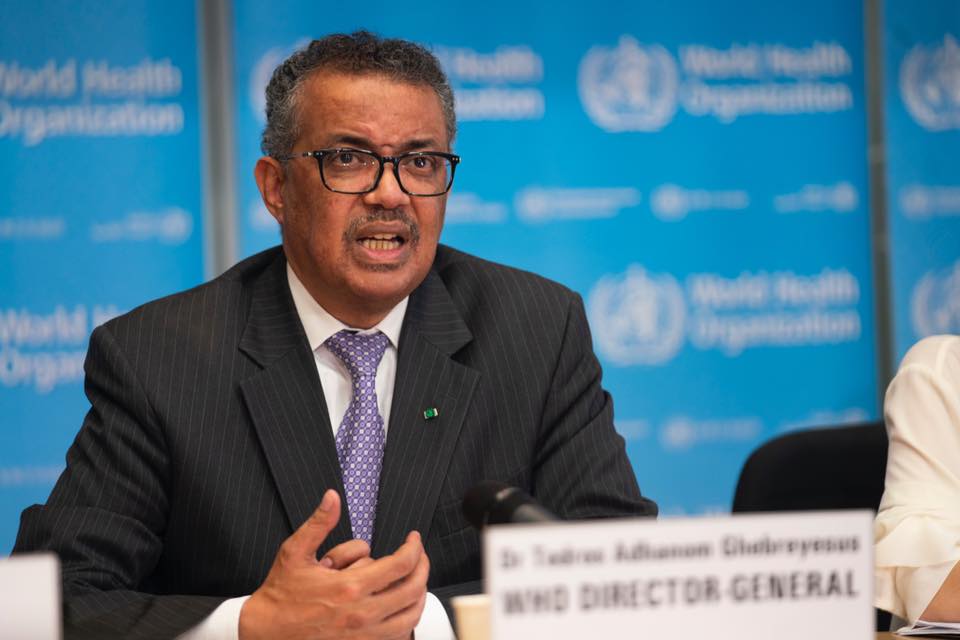 The 10 Most Beautiful Frozen Waterfalls

Successful speedy roll-out of vaccine in the UK

Addressing the agency’s Executive Board, WHO chief Tedros Adhanom Ghebreyesus expressed fear that “even as vaccines bring hope to some, they become another brick in the wall of inequality between the world’s haves and have-nots.”

Describing the rapid development of vaccines as a literal and figurative “shot in the arm” during the pandemic, Tedros reported that while 39 million doses have been administered in nearly 50 richer countries, only 25 have been given in one lowest income nation.

I need to be blunt: the world is on the brink of a catastrophic moral failure – and the price of this failure will be paid with lives and livelihoods in the world’s poorest countries

“I need to be blunt: the world is on the brink of a catastrophic moral failure – and the price of this failure will be paid with lives and livelihoods in the world’s poorest countries”, he said, speaking from WHO headquarters in Geneva.

Ensuring all countries will have access to any Covid-19 vaccines is the promise of a global mechanism established last April, known as the COVAX Facility. It has secured two billion doses so far, with a billion more in the pipeline, and deliveries should begin next month.

“Even as they speak the language of equitable access, some countries and companies continue to prioritize bilateral deals, going around COVAX, driving up prices and attempting to jump to the front of the queue. This is wrong”, Tedros stated.

Additionally, most manufacturers also have prioritized regulatory approval in rich countries, where profits are higher, rather than submitting their dossiers to WHO for prequalification.

“This could delay COVAX deliveries and create exactly the scenario COVAX was designed to avoid, with hoarding, a chaotic market, an uncoordinated response, and continued social and economic disruption”, he said.

“Not only does this me-first approach leave the world’s poorest and most vulnerable people at risk, it’s also self-defeating.”

Change the rules of the game

Underlining that vaccine equity also has economic benefits, Tedros urged countries to “work together in solidarity” to ensure inoculation of all health workers and older people at most risk worldwide is underway, within the first 100 days of the year.

He pressed for action in three areas to “change the rules of the game”, starting with an appeal for transparency in any bilateral contracts between countries and COVAX, including on volumes, pricing and delivery dates.

“We call on these countries to give much greater priority to COVAX’s place in the queue, and to share their own doses with COVAX, especially once they have vaccinated their own health workers and older populations, so that other countries can do the same”, he said.

Tedros also called for vaccine producers to provide WHO with full data for regulatory review in real time, to accelerate approvals, and he urged countries to only use vaccines that have met international safety standards, and to accelerate readiness for their deployment.

“My challenge to all Member States is to ensure that by the time World Health Day arrives on the 7th of April, COVID-19 vaccines are being administered in every country, as a symbol of hope for overcoming both the pandemic and the inequalities that lie at the root of so many global health challenges”, he said, adding, “I hope this will be realized.”

UN Secretary-General António Guterres has again stressed that COVID-19 vaccines must be a global public good, available to everyone, everywhere.

Speaking in New York at a ceremony for the world’s developing nations, he underlined the need for funding for medicines and diagnostics to defeat the virus.

“We need manufacturers to step up their commitment to work with the COVAX facility and countries around the world, in particular the world’s leading economies, to ensure enough supply and fair distribution,” said Mr. Guterres.

“‘Vaccinationalism’ is self-defeating and would delay a global recovery.”

The Secretary-General said recovery also represents a chance to “change course”, away from the old “normal” of inequalities and injustices, and he continues to advocate for greater support from developed countries and international financial institutions.

“With smart policies and the right investments, we can chart a path that brings health to all, revives economies and builds resilience,” he said. “But developing countries must have the necessary resources to do so.”