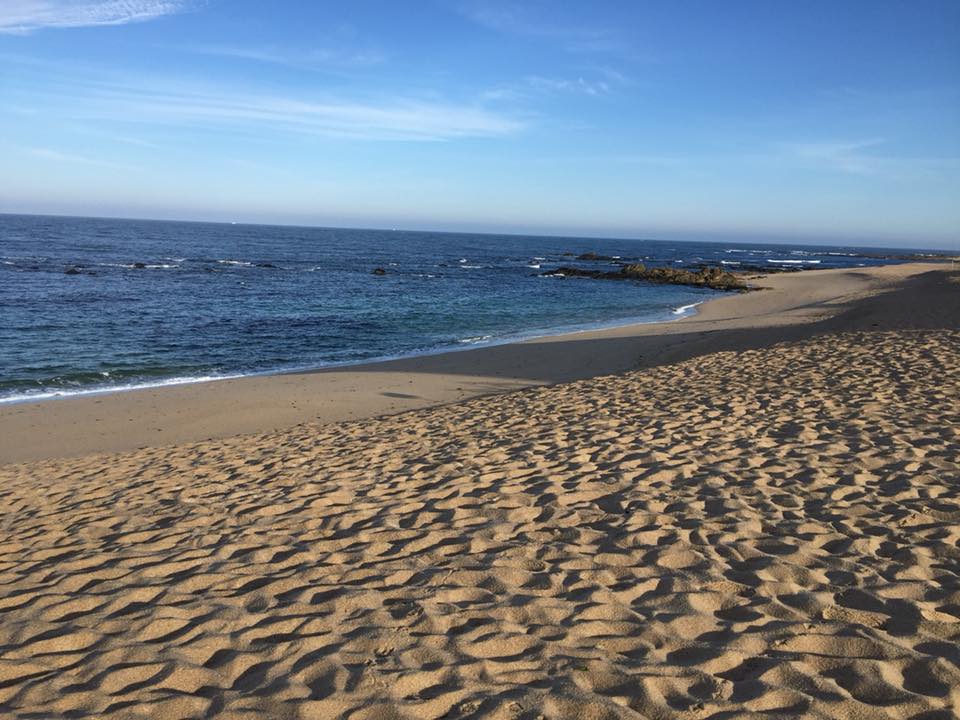 Now one of the worlds most popular touristic pilgrim routes, el Camino de Santiago de Compostela has an important history as a pilgrimage route throughout Europe. There are many variations of the route spreading throughout the continent, all ending in Santiago de Compostela, Spain. Although the most popular is the Spanish section as this is closest to the destination, the Portuguese section, offering both an inland and coastal route, is a path less travelled and has plenty of charms of its own.

The Camino de Santiago means the Way of Saint James, with Santiago or Sant Iago meaning Saint James, and takes its name from the origin of the pilgrim route, the relics of this Saint. In the 9th century during the reign of King Alfonso II, the body of Saint James the Apostle was apparently discovered in a field in Galicia, Spain. When the King heard of this, he ordered a small chapel be built at the holy place, later commissioning a larger temple in order to attract pilgrims to visit the Saint’s relics. Over time the pilgrimage route gained popularity and began to compete with other famous ones like Jerusalem and Rome.

There is also an earlier history behind the Camino de Santiago which suggests the ‘Way’ might have already been attracting pilgrims even earlier. The earlier route reflects and follows the Milky Way, continuing West from Santiago de Compostela and ending in Fisterra (Finis Terrae), now Finisterre in West Spain. Here was believed to be the end of the world, a magical place where the living could get closest to the land of the death or the ‘other world’, and so pilgrims followed this route. Nowadays, most people following the Camino however see Santiago as the route’s end.

The Portuguese Coastal Camino or Caminho da Costa is a beautiful alternative route to the traditional inland Portuguese way and is less busy than more popular routes through Spain. Starting in the picturesque city of Porto, the route follows the wild Atlantic coast up to the Portuguese Spanish border. Rugged sandy beaches accompany your walk, with large sections of the route on boardwalks so you really are following the coast as much as possible. The quaint Portuguese fishing towns and villages en route make the perfect stopover to rest and recover for your next day of walking, or a great lunch break where you can take the opportunity to enjoy the delicious local cuisine. There are Camino hostels en route, some which require booking and some which do not, so try to plan ahead a little. The route along the coast of Northern Portugal offers delights such as Viana do Castelo and Vila Praia de Ancora, and continues up before crossing the River Minho by ferry to A Guarda to arrive in Galicia, Spain.

The beauty of this route is that there is so much to see, so it is perfect if you are more interested in the scenery of your walk than the miles covered. However if you want to get to Santiago and get your completion certificate, you will need to make sure you have plenty of time. In summer 2018 I spent 4 or 5 days walking a section of the route between Porto and Esposende, and thanks to the metro network in and around Porto it is easy to combine walking with public transport to ensure that you see the best bits (such as the beautiful boardwalks along sandy beaches), but avoid the parts not worth walking to (just like many of the Camino routes, there are parts which are just main roads). My advice would be to do your research; find out which towns and villages you would like to visit or stay in, and plan your route accordingly. Taking a slightly more leisurely approach to your walking enables you to really make the most of the beautiful country, not to mentions leaving plenty of time for morning coffees and scrumptious pastries!

Being a coastal route, it is of course windier than the inland route, remember you are walking along the Atlantic Coast. I went in May, and although it wasn’t swimming weather, it was pleasant and not too hot for walking (although do pack waterproofs for protection from the wind). Summer gets busier as the weather gets nicer, but decide what is most important to you and plan to go then. Busier seasons may also offer more accommodation options as there is increased demand. You can find some useful information here which will help you plan your trip. Enjoy your walk!