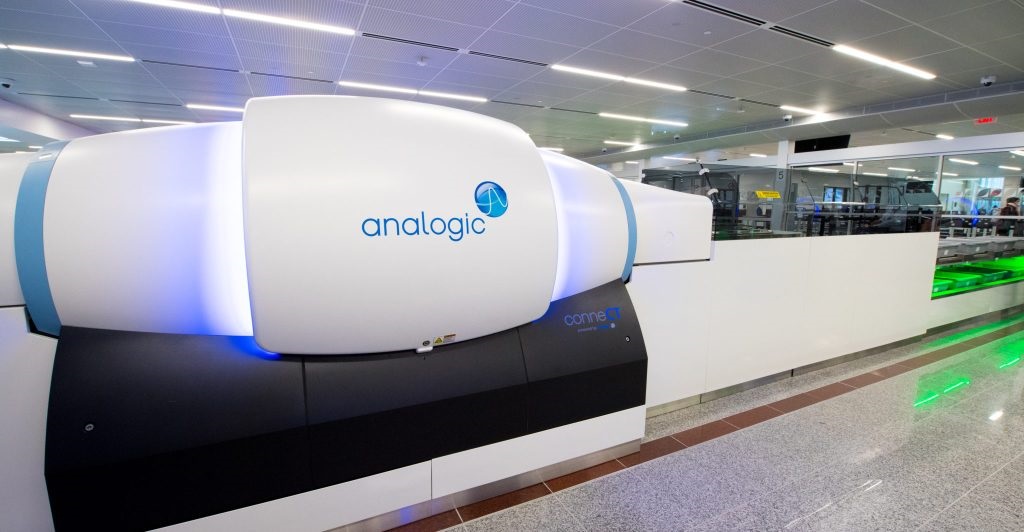 Air passengers in the UK could soon be leaving liquids and laptops in their hand baggage if the government goes ahead with plans to introduce hi-tech scanners to airports by 2024.

The technology, reported by Travel Tomorrow earlier this year, is already in place at London’s Heathrow, where passengers have been benefitting since 2017. Now ministers are consulting on a nationwide roll-out and are due to announce a final decision within the next few weeks.

Rules in place since 2006 mean that air passengers must place any liquids they wish to take onto a plane in their hand luggage into containers holding a maximum of 100ml. The liquids must be unpacked from luggage and placed in a clear plastic bag for inspection when passengers pass through security. Most airports only allow one bag per passenger even though the rules state up to a litre is permitted.

The US, the EU, the UK and dozens of other nations follow the same rules. The security checks are a source of frustration for many, slowing down progress through airports and contributing to delays at peak periods. It could also be argued that the extra bottles and plastic bags are an environmental blight in addition to the carbon cost of flying.

The new technology, which has been compared to hospital CT scanners, gives security staff the ability to magnify images of individual items within luggage and see them in 3D, rotating them to get a better look.

Liquids in hand luggage rule being scrapped at last.

Passengers benefit by being able to leave items such as liquid and electronic devices in their luggage, speeding up security checks. In the USA, the Transportation Security Administration (TSA) has announced a multi-million dollar investment in the technology, claiming passengers will also feel safer thanks to banned items such as weapons being more easily detectable.

Heathrow’s chief executive, John Holland-Kaye, told The Times, “We have just started the expansion of the security area in Terminal 3 which will have more CT scanners and have a deadline of mid-2024 from the [Department for Transport].”

Although the UK government has not yet made its decision, Holland-Kaye expects the normal passenger experience to become that liquids stay in bags by 2024.

At the moment, exceptions to the rules on hand luggage are rare. The limit on liquids does not apply for domestic flights in Australia, Brazil, Indonesia, Japan, Malaysia, and New Zealand.

If you are unsure of the rules for your flight, make sure you check them on your airline’s website ahead of travel.